What do you think Lil Big Pac album? Can you share your thoughts and listen experiences with other peoples?

This is so bad. It just boggles my mind how this could even come to fruition.

One of the best new rappers around IMO. He really has a natural gift for interesting flow with how he vibes on different beats. He also is a great natural storyteller, and that’s something we REALLY need more of IMO. Also, he ain’t workin’ wit autotune, and his accent gives for a dope and signature delivery. At his best, he really is a rap prodigy. At his worst, he speakin’ on street talk and sex lines that can get somewhat vulgar (think - Lil Wayne, or Young Thug, etc.). Personally, I don’t care. I feel where he comin’ from with what he spits. Support the real! Bet he can do better too, IMO. And I think he will in some years. 5 stars, much better than I expected. BUY IT!

People saying that this album is good most have repeated kindergarten like 3 times!

STARS ON MA SON ROOF, PLANET OF THE APES

I really enjoyed this album

I hate how the law is so soft on rapists. Kodak belongs in jail. Besides, his music is mumble rap garbage anyways.

Ofc. It's Kodak! It's fire, like usual. Many of these haters just hear the songs that are on the radio, and judge him off that. Listen to it for yourself, and form your own opinion. Also, for those who say they "can't understand him", you must not be from the south, this isn't hard to decipher at all. And that's pretty atrocious that you judge someone and hate them just because they speak differently. He's from the south and is raised in a predominantly Haitian area, of course he's not gonna have perfect english. Not hard to decipher at all, stop reaching

Really in love wit this album. Right now I'm listening to too many years 💗😍😩

Plz make a clean version of this album

Love everything about Kodak I can relate to his music because it's my life too.

"already one of the best natural rappers of his generation"

Too many years is my shiat.

Every song is the same thing same beat same lyrics

With the amount of energy 2pac and biggie are generating right now spinning in their graves, we could power the entire country

Thanks for getting me through some hard times losing family. Keep on doing you and **** the haters.

All y'all hating on Kodak cause he compared himself to biggie and Tupac . Ok and who care that's his opinion I like his music y'all saying "garbage" . Then if it's garbage why did you waste your time listening to it duh 🙄. It's good for him to be his age and having confidence . Y'all don't know what good rapping is ! I don't see your names on iTunes hit list . I don't see your songs on YouTube with millions of views . So stop hating if you ain't better then someone 👍🏾‼️🤷🏾‍♀️

Boppa8 - No Words Can Describe

This has to be the worst of the millennial movement. The new generation is killing hip hop/rap.

Musical.lyBoii1738 - Very Good but Needs A Clean Version Of The Album.

I find it funny that all the songs on here are all explicit but then yet they don't have a clean version of the album. Whats up with that?

Bro how you gon' say you better than pac and biggie ? Talentless Piece of Sh*T

How dare you even put them legendary artis with your name. That disrespect right there is Number one reason i would not buy. and after listning no where near close.

Real down to earth album.

THE BEST ALBUM EVER I'VE EVER HEARD !!!!

Who rated this clown 5 stars? Y'all must be in his circle !! Y'all want real Hip Hop? Go check out Tribe, Elzhi and Flawless new album. Even I'm better then is dude, but the moguls running the music industry is pushing this garbage today! Waste of my time .

If you think this is less than 5 stars, YOU ARE SLEEPING. This album is timeless

Harambeisdaname - What Happened To Rap

What happened to rap

Go listen to real hip hop music this is mumble rap. Trash lyrics, no flow not worth the $

Honestly the worst rapper to ever make it in my books. This is such an embarrassment to the culture of actual hip hop music. Terrible bars, annoying voice, annoying beats and no flow what's ever. This is not rap this, this is trash lean music for people too stupid to understand proper word play while flowing on beat. Smh 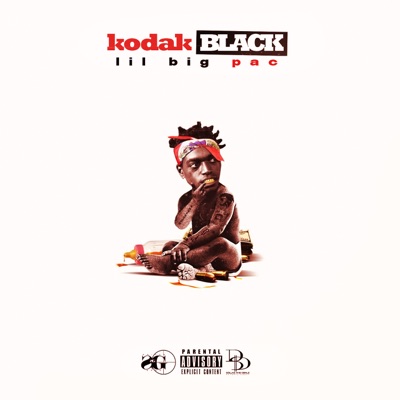