About FUTURE by Future Album

What do you think FUTURE album? Can you share your thoughts and listen experiences with other peoples?

Brandon720 - Future is the goat

Future is the greatest rapper of all time!

The title says it all. Garbage.

Future is not trash. Let me see ya rap music I bet trash lol

That would be an amazing one

This dude created mumble rap. Not a fan

Good for me, I like it and keep it up

Rican Caesar - Tired of this garbage

It's cool to get regress and get dumber today! This trash and Migos and others just like this tell the world we have nothing at all to say and can't even deliver a message to your ears creatively

Future is amazing!!! Mask Off is now one of my favorite songs!!!

yungsavageeeee - FUTURE IS THE FUTURE

He does it again

This album is dope!! Especially Scrape!!

This is a really good song! Keep up the good work

This song is about drugs, and I was told not to listen to it. But when I did, AWESOME!!! I like this whole album too.

Tater the Tot - If you don't like it don't listen to it!

Annoyed on how many people say this is trash when you have the option to hear the song before you buy it!!! These songs are pretty good, but my favorite would have to be Mask off.

Davethero - Music in the future!

This album is amazing. But it needs less inappropriate language

Mask Off MAKES THIS ALBUM💯💯💯

TimmyCarter - Future is That Guy

From Beginning to End since its release its addictive.

Bitxh I'm Groovy I Got Power

Thychshyt - I LOVE YOU BAE

rap reviewer. - If you don't like future, don't listen.

I personally give this album a 2/5 stars. Just wasn't feeling it...and Idk how it's stayed top 5 on the charts for so long🤷🏽‍♂️

For those who say " oh this isn't hip hop or rap" then don't listen to it end of story. People have their own style of music and you can't change that.

I am one of those people who like all styles of music. I'm really more of a j cole and chance of the rapper type listener. But I listen to a little future. For the people with the bad reviews it's cool to write your opinion but just remember, there is no such thing as bad music. Everyone likes certain music. Some like live crunk music and others like positive music. It's a preference. Just pick one and leave the bad review writing alone.

Monotony is an understatement 😒😴

Future proves with this album that he is, and will remain to be for a long time, the king of trap music. Absolute fire

THIS ALBUM THE TRUTH

It's okay far from a classic but not terrible....mediocre

Good for the soul

Every track hit a wave, that’s all I gotta say.

If you do Sony Vegas, then bass boost it.

Not only is this Future's best album yet, it has to be a contendor for album of the year.

Future is the Greatest!! Legend produces a legendary album as always!

Love this album! Future always brings the 🔥 If you liking this trap music check out Khaki - Camouflage ⚠️ Upcoming artist with a new sound on this trap style!

Ross Holland - Just look at the "popularity ratings" for the songs

Mask off is the most popular... and the only song that exists according to apples popularity ratings. All these 5 star ratings? Listen to the whole album and get a slight urge to skip these awful tracks and it's straight up a four star maximum shouldn't touch a 5 star 1/5

Pierroquet111 - Auto-tune is the Death of Hip-Hop

What i can say more!!! Again & again the same crappy beats with CPO & R2D2voices!!!Two album of that! The guy is a big joke

To quote the great Future Hendrix 'Sensational'. Probably his greatest album yet. Mask Off, Rent Money and Draco probably my favourite songs at the moment. Looking forward to the next album 🐝🕺🏿🕺🏿

Future on another level, what an album.

Yet again, amazing tracks by the FBG

Kronatron11 - When I was broke

Everyone who thinks this crap is fire or even good you have no idea what real rap is. Every songs sounds the same. No substance

Some more crap to listen too yay! Let's pretend to like this, shall we?

I literally skipped through every song on this album and all the beats sound pretty much the same, lyrics are worse than the beats the only consistent thing with all trap rappers is they are all garbage.

How on earth this is so popular I'll never know. Every song sounds the same.... with the occasional auto tune thrown in on the vocals.

Nice flow to the album. Shows what he’s capable of! A shame though that theres no features… Would have been nice to hear a bit of Drake...

Hgyghvjhgvj - "Mask off" and "poppin tags"

U kno it's that FBG FIRE

Future back with that heat 🔥🔥🔥🔥

Future hendrix back with some 🔥🔥🔥🔥

For real this is one of the hardest trap albums ever. Long live Future Hendrix!

Sometimes I dream so hard... whether time traveling (to the future) or using the devils magic, Real magic, I forget…

@_spicywing: [Haikyuu chap 401] "You mean you'll stand on the same stage as me in the future? Whether it's at the top of Japan, or the…

@aMEWzing_Star: Drama happened for reason, it's part of the fandom maturation Hope that everybody can keep hang on, and always hold hand…

@louisianahype: Today we have Victoria. Victoria is the CEO of “LATINA504.” LATINA504 represents all Latinos and the city of New Orleans…

@madzshep: there’s a future version of you who’s proud you were strong enough

@Karamo: Kanye is not qualified to be president! I repeat not qualified! We are currently seeing the effects of having an unqualified en…

@d__cappy That reminds me...I DO need to do some self-assessment and analyzing for my journal so I can look back ac…

@cheetah: Now I see what it feels like to get snagged on 😌, serious note though amazing grab keep that same energy future phenom cause n…

@yungblud: it saddens me that a far right, anti lgbtq+ monster has been re elected to lead. but i will stand and fight with you. we WILL…

@conscience_mike: An interesting sidenote to the Muller shambles is that the yapping little lapdog, Michael Woodhouse, is absent from A…

@JRJARRIS I just didn’t like how Korra and future avatars can’t speak to the past lives for advice.

@JanuWilliams40: who remember when future said no fat bitches in the club

The future is the time after the present. Future or The Future may also refer to: 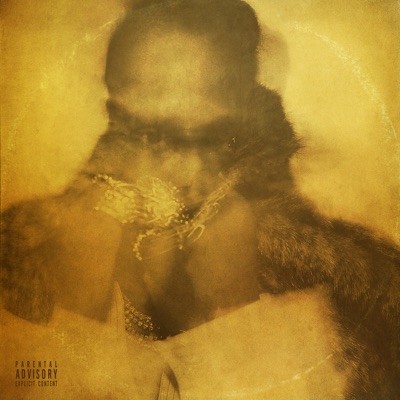