About HNDRXX by Future Album

Hndrxx (stylized in all caps and pronounced "Hendrix") is the sixth studio album by American rapper Future. It was released on February 24, 2017, by A1 Recordings, Epic Records, and Freebandz. It followed the release of Future's fifth eponymously titled album, Future (2017), by one week, and features guest appearances from Rihanna, The Weeknd, Chris Brown, and Nicki Minaj. Hndrxx is also eponymously named after Future's alter ego, Future Hendrix. The album received positive critical reviews and charted at number one, making Future the first artist to release two Billboard 200 chart topping albums in consecutive weeks. It was included on lists of 2017's best albums by various publications, including Complex, Pitchfork, Fact, and Entertainment Weekly. Hndrxx debuted at number one on the US Billboard 200 with 121,000 album-equivalent units, of which 48,000 were pure album sales. It replaced Future's own self-titled album from the previous week at number one, making him the first artist in the history of the Billboard 200 to have two albums debut at number one in successive weeks.

What do you think HNDRXX album? Can you share your thoughts and listen experiences with other peoples?

I seduce with this Aston Martin I bought today

One of his best

Use Me, best song the album. Definite feels song 💯

because FUTURE came out like a week before this and had the #1 hot Mask Off, people really let this album fly over their heads. but i’d like to let anyone reading this know that this album is incredible. the beats are amazing and the lyrics are great. there’s not a song is this album that i skip. they’re all so good. if you only listened to FUTURE, you’ll enjoy the fresh music of HNDRXX.

Can this album be fire , yet wet all one in the same? “Use Me” is the bestttttttt song on the album but overall this explains how I’m ending my 2017 ! I love me some future☔️

They’re all good songs, but I can seriously hear every single one has auto tune. I like the new album more because I know you didn’t use as much auto tune if you even used it.

I'm not a hater or know a lot about music either but the only song that I actually liked was "Selfish" and it was because of Rihanna, honestly. However it's not that I hate the guy or something, I just don't like his style.

Beezlet - Released on my Birthday 💯🎶🤙🏾

Love it 😻 Future can sing too. One of his best

Future and esco yet again creating masterpieces that are so unique and creative the music is more than just music.

Z.quez - One of Future's best albums

10/10 got tired of listening to it on youtube decided to buy it. Str8 fire

Future Hendrixx did it again

Great album. Wayyyyyy better then future. Would love to hear more music like this 💯👍🏽🤙🏽🐐

ShaGotti - Great Album all around

Noo complaints at love both tapes 💯

One rotation of this album will force you to rotate it for several days. With hard hitting bass lines, clear high-hats and thought-provoking lyrics, Future has represented the reality of those of us who reside just South of the Mason-Dixon Line. A dose of 'fresh air' and we surely appreciate the evolution of Future. In my opinion, this is his best album, to date. Put this one along side Drake's View's as the Rap album of the year.

Always love the albums he drops and this is my #1

Prvtty - 💯💯 ONE of The Realest rappers out

It's alright the album isn't as bad as drakes...

Big Boss Taylor - THEY GET MAD WHEN YOU DONT FALL OFF

Future did it again...

Future has blessed us human being once again 🍃😤

This is the first album I've purchased from Future. I love it and can listen to the whole album all the way through.

If you bought this just to leave a bad review... who's the real loser?

rocko sued future and in order to pay rocko back he is required to turnover 100% of his earnings for the next 2 albums he releases explaining why he released them so fast and his lack of effort. i ain't mad at ya future i wouldn't let him get all my money on some good music #truefan

Real talk, why do you guys like him? His beats and flow are the same on almost every track. Little to no lyrical ability. If you like these types of beats, I recommend you listen to someone who actually has skill like Denzel curry.

every song i can vibe too love this version of future🙌🏾

This was definitely worth the money I spent on this. The songs were dope. My favourite song is testify

If I was high on codeine and weed all day this music would probably sound pretty good to me too. Future is in a coma. Sleep rap. Best comedy album of 2017.

Alpha 0.5.0 - Not as good as future but still really good

2 albums back to back isn't a sign of hard work... im 100 % sure people who actually like this are morons and don't grasp the essence of what good music is. As a metaphor, if I litteraly feel cancer growing in m ears while listening to some Future, Migos and every musicaly poor ''trap'' artist like those , well your whole body IS a tumor. CRAP

This is by far the worst album ever put out by a label. People actually buy it and like it? Wtf is wrong with people's hearing nowadays??

That one was garbage, this one future redeemed himself.

2 trash albums in a row and sheeple still buy it...

What is this artificial metallic robotic voice? It sounds terrible.

This tape is pure fire ball!!

People would complain that all of futures albums sound the same and all the songs sound the same but with this album it's not the case. It's fresh and amazing. My Collection and comin out strong🔥🔥🔥

Why the canada album is not released or on apple music the date of release was well this Friday in the usa it is already released ...

this is one of his most unique albums ever !!! I'm loving it

Hendrix does it again!

2 albums over 15 tracks in one month... king of rap right here future jeez my boi getting the dough

Fonzly - Dad did a great album

Thanks dad for even more good songs for my street

Get to the paper the perkies calling. Boooooooom. Back to back.

this how i feel w/ every project of his since HNDRXX

Hndrxx (pronounced "Hendrix") is the sixth studio album by American rapper Future. It was released on February 24, 2017, through A1 Recordings and Freebandz, and distributed by Epic Records. It followed the release of Future's eponymously-titled fifth album by one week, and features guest appearances from Rihanna, The Weeknd, Chris Brown, and Nicki Minaj. Hndrxx was supported by four singles: "Selfish", "Pie", "Incredible", and "You da Baddest". The album received positive critical reviews and charted at number one, making Future the first artist to release two Billboard 200 chart topping albums in consecutive weeks. It was included on lists of 2017's best albums by various publications, including Complex, Pitchfork, Fact, and Entertainment Weekly. 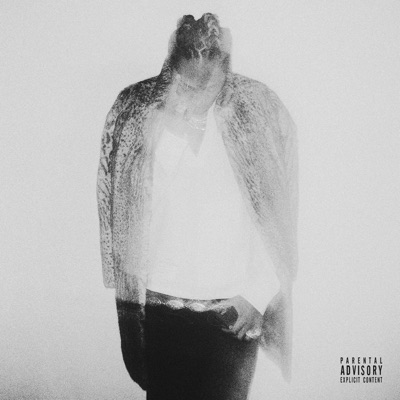