About Avatar Country by Avatar Album

Swedish metallers AVATAR will release their seventh full-length album, "Avatar Country", on January 12 via Entertainment One in North America and Century Media Records Ltd. in the rest of the world. The disc was produced by Jay Ruston (STONE SOUR, ANTHRAX, STEEL PANTHER) this past summer at Spinroad Recording Studios in Gothenburg, Sweden. The official Johan Carlén-directed video for AVATAR's new single, "A Statue Of The King", can be seen below. The track is available as an iTunes instant-gratification track. "Avatar Country" track listing: 01. Glory To Our King 02. Legend Of The King 03. The King Welcomes You To Avatar Country 04. King's Harvest 05. The King Wants You 06. The King Speaks 07. A Statue Of The King 08. King After King 09. Silent Songs Of The King Pt. 1 - Winter Comes When The King Dreams Of Snow 10. Silent Songs Of The King Pt. 2 - The King's Palace

What do you think Avatar Country album? Can you share your thoughts and listen experiences with other peoples?

MalDimka - This is a band I wil follow no matter what they put out.

To everyone who has complaints about the shortness of the album(specifically those saying there are only five real songs) this was originally slotted to be an EP. In a recent interview in a guitar magazine Tim and Kungen state that this fact. So while I can understand why some of you are upset about the pricing know that this wasn't supposed to be a huge project like the bands last few albums. I was slightly disappointed myself after my first listen to find that it ended way too quickly for me. I enjoyed it greatly and thus I never wanted it to end much like all of their albums. That being said I think there's something for everyone to enjoy on it if you don't hang onto the length of the album. The songs that they've been playing live from this which are practically all of the 'true' songs have held up really well and if you ever get the chance to see them I urge you to go. Hope you call continue to enjoy the album!

The title says it all, this entire album is AMAZING.

Album it too soft compared to their other stuff. The stuff that is “metal” seems forced to make a song a metal song. Got to borrow this from a friend I will not be purchasing.

Love the concepts, the musicals, and flow! However, it's just short:/ I have a feeling though that this is kind of a video album. The videos for Statue of the King and The King Wants You are AMAZING! They're theatrical, thought-provoking, and create this awesome image that really works for each song.

i was so so so excited for this album to come out, and i seriously couldn’t wait! i bought it at 12:01 the day it came out! i’ve been listening to it ever since. the story behind the album is great, the guitarists, the King and Tim, absolutely KILLED it on this album!! Long live the KING!!!! 🤘🏼🤘🏼

Vin Bleezel - One and Done

One and done. Every release since thier debut album has been just awful.

It’s only a 6 song album once u take away the instrumentals and the other 2 whatever u call them lol!!!! Love the bank though and will see them live tomorrow night!!!!!!!

I’ve loved this band for a long time, I have all of their stuff. But this album is definitely not as good as others. Only 2 good songs are Statue Of The King and King’s Harvest, the intro is spoken-word and is irrelevant. The last two are instrumentals that are lackluster at best. Nothing vocally or musically great about this album. I hope the funk these guys must be in ends quickly.

Can’t say that they are their good old selves, because it is totally something new, but it still provides you with the epic experience that you get from any avatar song there is!!

EmilyAllison93 - Insanity at its BEST

Avatar is the PERFECT combination of amazing music, energetic riffs and utter lunacy. I love this band musically, lyrically, and for their artistic flare. THIS! Album in particular I think should have been an EP also. Every song is is amazing, the only problem is there’s only 5 songs, in combination with other things I will probably never listen to. It’s definitely artistic, still an awesome album. Love Avatar

Really only 5 songs. No “oh my god” guitar riffs or musical moments. Half assed forgettable silly pop. This is seriously a disappointing album from an otherwise amazing band.

Buyer beware there is an intro, spoken track, and two instrumentals so really only 6 true songs, that said the song are pretty great in my opinion but this is more of an EP to me, I feel a little ripped off for $10

This is my first album by these guys and it was a fun listen. My only problem is if u take out tracks 1 and 6 (they arent songs) n tracks 9 and 10 (instrumentals) its just a 6 track ep. Other than that its great. Good first new release of 2018 buy, if u dont mind the price for 6 songs buy it

Great, great album! Truly amazing but that's to be expected coming from the king and his royal orchestra

Everything these guys do is gold. Great album!

Nick_the_5tick - Good but should be an EP rather than LP

This album only had 6 songs on it really, but they were good. Should have just been an EP.

What a disappointment. This is complete garbage. Huge let down.

Great stage show. And I think they’re a great metal band. But I think they’re putting less into their albums now. Hail the apocalypse, and previous albums were way better. I still like this album ,just think was half assed.

I love avatar but this seemed like they're out of ideas it only has 5 songs while the rest of it was just random crap that literally wasn't music just talking or random sounds... $10 is to much it should be $5

Avatar never fails to impress me with their sound from album to album, Avatar Country is no different. From Beginning to End this album is just fun and amazing, standouts are definetly Kings Harvest, A Statue of the King, and The King Welcomes You to Avatar Country

I got my album early!!! So amazing!!! The guitar solos and vocals are on point.

I love Avatar but I thought Feathers and Flesh was a bit too much like Hail the Apocalypse. It felt like things were getting recycled and a bit too similar to what came before. Avatar Country seems likes it's gonna be different than any other album so far and I'm excited! It's been awhile since I've seen a band go out into uncharted territory like this. I mean, it's not too unlike their other stuff but it's pretty fresh. If you get the chance I'd recommend checking out the videos for these songs as well. They're fun!

xero-zziyan - Such a fantastic talented band 💕💕

Statue of the King is such a great first single to introduce the new album 💕 The second single (The King Wants You) is so different that it’s perfectly well done. Nothing negative about their singles and album! It’s so perfect and I’m super stocked for 1/12/2018!

I don’t typically write a review before an album is released, but this single alone is some of the most fun I’ve had listening to a metal track in recent years. Especially when combined with the music video, which fits the song absolutely perfect. I’m definitely ready for the full album to drop! Keep up the killer work Avatar \m/

These guys are killer live. If you get a chance you have to see them🤘🏻🤯

They keep getting better with every song, and album that they release. They’re going to blow up soon, I can feel it!

BluffEquation - Statue of the King

I can't comment on the quality of the rest of the album yet, but Statue of the King is by far one of the most exhilarating and exquisite songs Avatar has ever released. In conjunction with the video it gives me a rush so similar to the concerts I've been to that they are nearly indistinguishable. Avatar once again releases a song that raises the bar on the studio music experience and delivers an absolutely exhilarating shot of adrenaline to anyone that enjoys music. I can not wait for the rest of the album!

Now this is how you do metal.

hottemperdgirl - Avatar fan till I die 🤘🤘🤘

Omg so love this band!! Cant wait to see them in Louisville Kentucky on January 16. Just in time for the new album!!!

AntwanBonQuiQui - Glory to the King

Every song on the album is about the King. AS IT SHOULD BE.

As always I am very impressed 🤘🤘🤘

Bosoxboy58 - Avatar does it again!!

Statue of the king is a great song. Can’t wait to hear the rest in January.🤘🤘

SmArTaSsBC - Avatar!!! do I need to say more

This song is FANTASTIC! I can't wait to hear the rest of the album! I'm already a citizen of Avatar Country & I ❤️ it!

Great album so far. A great original concept and one of the best band to see Live !!

@OfficeofJPNadda @narendramodi Wish Our PM Modiji as Avatar of Subhash Chandra Bose.....Lead and Save us and made BHARAT AS BENCH for the Nations of the WORLD...All World Leaders follow PM NARENDRA MODIJI/S STRATEGIES to Improve thier Country's Prospects.--Narayanan, NRI fro Russia... chennai based 8778728679.

Biden: We're going to UNITE the country! People on both sides: *still arguing* ~but wait~ Bernie Sanders: *Exists as his charming self* Everyone: We can agree that we all love this. *Bernie memes are the avatar of sincere bipartisan unity.*.

@minjfeta @OOCWesternR34 Depends in the country you live in UK, either Avatar or Death in Paradise US, Sonic X.

@McOilers Love the avatar... is it new?.

A country when blindly believes in Vaastu Shashtra, superstitious astrology, who bows their heads down or lower their voices as soon as an authoritative figure comes in the room, we get ministers who don't even legally divorces their wife & allegedly promotes himself as avatar 👽 .

@poonamkachandd A country when blindly believes in Vaastu Shashtra, superstitious astrology, who bows their heads down or lower their voices as soon as an authoritative figure comes in the room, we get ministers who don't even legally divorces their wife & allegedly promotes himself as avatar 👽.

@ikijayyt Hey, wanted to ask if u could send me the Avatar Tribute | Warriors. It has just been banned in my country. I would very much appreciate it <3.

@PhilosophyTube I know its especially bad in the UK but I still want to copy-paste that sentiment for every fucking country right now.

@vjzvfx @POTUS BREAKING: Cat Avatar Account who claims to speak for all Americans now willing to move to another country to prove their American-ness..

@DLeonhardt Bull fcking sht I'm in Trump country and everyone is wearing a mask I've only seen one guy almost enter a Dollar General without one, and he stopped dead in his tracks, was about to get one out of his car, but the clerk gave him one. 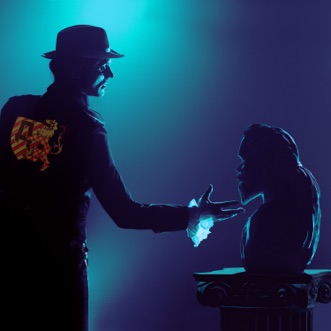