About Project Baby 2: All Grown Up (Deluxe) by Kodak Black Album

Kodak Black - Project Baby 2: All Grown Up (Deluxe) album info will be updated!

What do you think Project Baby 2: All Grown Up (Deluxe) album? Can you share your thoughts and listen experiences with other peoples?

Absolute waste of time and money

Listen to his old music and this. That is growth.

But it’s got some bangers

AJ Holds it down - Not gonna lie

I don’t really fw Kodak like that, but this album I thought this album was pretty good 👀👍🏾

Carolina Kev - Are you ok?

Title literally says everything that needs to be known about kb. Shoulda been sw*****ed.

I used to not like Kodak because he can barely even talk, but I’m starting to see why a lot of people listen to him. Also, why are half these 1 stars from people who A. Didn’t listen to it, or B. Don’t even know him/haven’t listen to him before? 🤔😐😕

If I could give this album no stars I would...don't waste your money, go buy another album with a more talented rapper.

Amazing with Kodak then X came through 👌

Honestly, when i first heard no flocking i thought this kid was garbage... But the more i listen to him and actually hear the lyrics the more i like him.. beyond the slurr and voice he is actually saying something which is nice from today young rappers.. if you dont like him try reading some of his lyrics, he surprisingly has content

These tracks are straight fire 😀😀😀🔥🔥🔥

I thought Kodak hates lil Wayne. Besides of that the album is a good trap music 🎶

Hdbdbd be - Kodak is a god

Clifford from 61st - Where's the effort?

Only song worth hearing is wit lil Wayne, don't waste your money though, its on Worldstar.

Over hyped and producing way too fast but gotta respect it. Most of his songs are 🔥

nobody should be supporting this RAPIST... trash

This is horrendous and sounds so remedial.

Hdjdvdunshdidndhjdhsbsjkdhdh - gave me aids in my ears¿

KODACK I WANNA HAVE A SONG WITH YOU

Terrible album... I wish I could give it negative stars

ImFromMarcySon - Should’ve Been An EP

Could’ve released this as; Project Baby Two: All Grown Up - EP .... with those 7 new songs as the tracks, not a fan but those 7 songs by themselves would garner a 4star

None of its good. it’s kinda hard to support a serial rapists, so i won’t put any time into this. 👎🏼

Why?... Why is this considered music? Smh... this here ladies and gentlemen is the work of pure garbage! Doodoo bars!😞

Im from Miami and I wish we had some other young kid representing the crib. His rhymes, versus and hooks are 3rd and 4th grade level vocab.No metaphors in any versus worth repeating. All credit and props go to the guys producing the tracks. I do hope he keeps working on his craft cause he can become better. I NEVER KNOCK A MANS HUSTLE

eididkekdxji - No not any better

Rapping requires work and talent. Mumbling over a rap beat without a rhyme scheme is not talent. I know you don't have to rhyme to rap. But you could at least spit some real bars like back in the day.

✌ Listening to Roll In Peace (feat. XXXTENTACION) by Kodak Black on @PandoraMusic 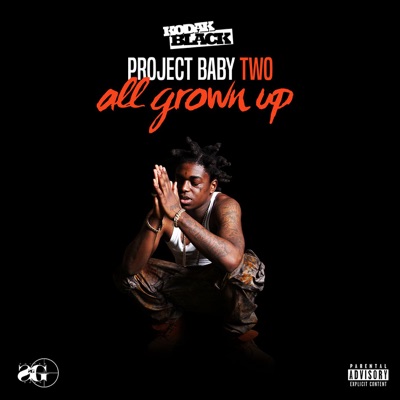