What do you think Until Death Call My Name album? Can you share your thoughts and listen experiences with other peoples?

DenzelCurryTakesAnLEveryDay - Why are you "watching movies in Rick Ross' mantion?"

Aren't you supposed to be a "real one?" The real shouldn't hang around the fakes like Officer Ricky.

From Thuggin to Heartbreak to Demons to Chasing your dreams this album has it all.

I Love This Guy

NBA is gonna be the next big artist. Pure talent 🔥🔥🔥

Traumatized is the realest song on the tape, I think he talkin about the industry trynna make him sacrifice one of his kids for money and fame. But youngboy ain goin for it he’d rather commit suicide than kill one of his kids 🙏🏾🙏🏾.

SwankTerrance - Best album by him yet

Really solid album, one of my favorites definitely. Not a Birdman fan though and really upset they took Lil Baby off of Traumatized. However, still a really good song. Everything else is great as well.

TheDeathcoreKing - Even his name is stupid

This boy has a story that’s true- he ain’t faking and imma be bumping this all summer.

I want a refund

Best rapper alive .... go listen to that Nicki Minaj , Through The Storm , My Happiness Took Away Forever, the whole Ain’t too long ‼️

MrUnderstood1 - This album is straight 🔥🔥

DareDevil0770 - If you like real music, pass this up

Complete garbage. If to enjoy real music, real talent, real lyrics, just real everything, please skip this album. This is pure filth. If you like this, you are what’s wrong with this world.

He’s going to be around along time . I love his music he can get in and out of a pocket easily. His range is dope

Put it on the album

nba youngboy is bad - So bad

But da heat tho

Youngboy got the sauce

2haard London waiting on u

Coldest in the game no question

Until Death Call My Name Wiki 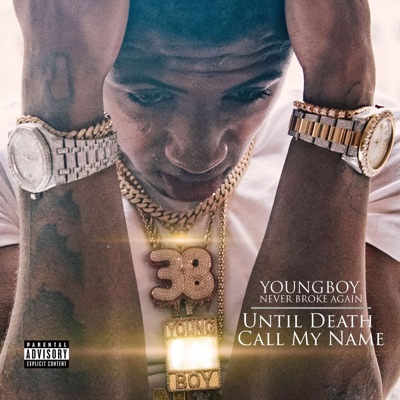