About Kiss Land by The Weeknd Album

"Kiss Land" is The Weeknd’s first studio album, released on September 10, 2013 by Republic Records and XO, following three mixtapes he released in quick succession in 2011, which were then compiled into Trilogy, along with three bonus tracks. Kiss Land was supported by six singles: Kiss Land, Belong to the World, Love in the Sky, Live For, Pretty, and Wanderlust. The album had one sole feature, being fellow Toronto artist Drake, just like on his second mixtape Thursday. The Weeknd also went on an interview with Complex, talking about the album. He said: "Kiss Land symbolizes the tour life, but it’s a world that I created in my head. Just like House of Balloons symbolizes Toronto and my experiences there, but it’s a world that I created. When I think about Kiss Land, I think about a terrifying place. It’s a place I’ve never been to before that I’m very unfamiliar with. A lot of it is inspired by filmmakers like John Carpenter, David Cronenberg, and Ridley Scott, because they know how to capture fear. That’s what Kiss Land is to me, an environment that’s just honest fear. I don’t know who I am right now and I’m doing all these outlandish things in these settings that I’m not familiar with. To me, it’s the most terrifying thing ever. So when you hear the screams in the record and you hear all these horror references and you feel scared, listen to the music because I want you to feel what I’m feeling. Kiss Land is like a horror movie."

What do you think Kiss Land album? Can you share your thoughts and listen experiences with other peoples?

this album is perfection. one of the best albums i have ever listened too. it’s so underrated, relatable, authentic, and dark. there’s so much to this album and it’s worth spending money on, learning about and listening to. i would die to listen to this for the first time again. 1-800-kisslandmatters

My favorite is kiss land

LLVAARAF - One of his bests!!

Love this whole album! Def one you can play over and over

Some of his finest work. #1 deserved even after seven years.

His vocals and rhythm could pull heartstrings I never knew was there!

isairodas - some of his most creative work

the cinematic, thrilling feels we get from songs like The Town, Kiss Land, and Pretty, accompanied with alternating tones coming from songs like Wanderlust , Belong to the World, and Adaptation, while continuing a cohesive narrative— all while having a cleaner, polished sound with many layers of music in every track makes this album some of his most creative, enjoyable works. i always find myself discovering a new sound on this album even after all this time

I’ve had this album for years, I listen to it all the time and I’m glad it got to the top spot, it’s where it belongs.

Kissland is so slept on

I can’t believe people just barely started to notice this album. Everyone always admires Trilogy but they never talked about this album until now.

Ahead of his time

THIS ALBUM IS THE EMBODIMENT OF PERFECTION IN AN ARTISTRY. SHOUTOUT ❌⭕️💚💚💚💚💚💚💚

Best album Abel has ever made ... TIMELESS

this is the second best album by him besides you already know what. xotwod

Neci20 - The best The Weeknd album

This album is an experience. Listen to it in order for beautiful translations. 🤍🖤

If you’re a fan of the weeknd this album is an essential. Goes dark with amazing transitions from song to song, until hitting the title track which is phenomenal. Especially for newer fans, if you like After Hours and got hooked to abel by that this is the next best one to listen to.

I really love this album and i hope we could have more albums like this from Abel.

Shy 213 - Masterpiece released way ahead of its time

This grossly-underrated groundbreaking album, released ahead of its time in 2013, is pure genius and its artistic vision (both sonically & visually) is unmatched, even by The Weeknd himself in subsequent works—although his recent project After Hours gave a solid comparable effort. The subject matter is dark & provocative, yet it often feels relatable and even like a guilty pleasure as the listener indulges in Abel’s memoirs of being a newborn star traveling the world and being forced to grow up while he navigates through heartache, foolish decisions, alcohol-and-drug induced delirium, coming down and blowing his newfound fortune on partying and strippers. I can listen to the entire album endlessly and never ever feel tired of it. It truly takes you to another dimension (or multiple) with Abel’s silky vocals laced over and through mind-blowingly delicious instrumentals. His voice even seamlessly becomes an instrument at times. You know nothing about The Weeknd if you haven’t yet heard the way he seduces his listeners on Kiss Land. Do not sleep another minute on this—if you commit to this ride, there’s no turning back. 💚 #KissLandMatters #MakeKissLandPlatinum

This album changed my life with its haunting sound and melancholic lyrics!

LJ-XO - One of my favorite art work

This is absolutely one of my favorite albums ever. Kiss Land marks a very special time in my life and it had been such a musical therapeutic food for my mind and my soul. Helped me go through some challenging times of my life. Kiss Land has my heart. XO

Chills every time I hear it .. & I will never get tired of it . One of the best albums he’s put out plus this album made me love his work even more ! Been a fan since 2012 . xotwod!

you will never know xD - UNDERRATED

Such an underrated album. XOTWOD.

Cures me all the time🙏🏽

His best album I highly recommend it! f what a critics tell you

If it ain't xo then it gotta go. Abel and this album are amazing. It hits hard and makes you see things without drugs.

This album is just a total vibe. His lyrics are very meaningful and his sounds just give you the chills. If you are ever feeling down, put some headphones on, play this album, and close your eyes. You will thank me!

One of the best

the weeknd is great & this is one of his best albums . he definitely never disappoints

xplayers79 - Sincere Appreciation for this Masterpiece

I would like to thank you Abel and everyone who made this album happen. This album helped me through so many hardships and I will always appreciate you for that, Abel. xo’twod

This album is some of his best work! It’s been a hidden gem for the #XO family! 7yrs later and it’s #1 on iTunes! The world is finally catching on that Abel, ❤️TheWeeknd❤️ is a living LEGEND!

Abel is a god

An album that saved my life

Top 3 project from him. I play this like it just came out. So happy to see it’s number 1 after 7 years!

Right where this masterpiece should be, even after 7 years 🙏

Kissland > Every other Weeknd album

this album is timeless with so many layers💚

This is finally getting the recognition it deserves 😭😭 XO 💚💚💚

...Do I need to add more? It’s a damn good album and Abel’s voice is always really pleasing to listen to.

pastainmybowl - One of The Weeknd’s best works

10/10, probably my favorite album of his

This is a must listen. You won’t be disappointed.

Epicmiatello - Classic for a reason

I remember listening to some of the song off the album. I just feel in love with it.

You’ll find some of the most beautiful compositions in this album😍 no joke. So rich, airy and mystical dreamlike, elegant. It’s too gooood, my favourite album by The Weeknd XO

Thealphabetrocksyayabc - Greatest project he has ever made

@CmplxAmbition can u guys react to old @theweeknd albums. Do Trilogy, Kiss land, and beauty behind the madness plzzz🙏🏾.

Kiss land is a classic.

After some thinking kiss land deserves the second place.

@euthanasiaworks Zeke has to save Pieck then after they get on land they just kiss each other UGH 🙏🙏🙏🙏🙏🙏.

@flamingo2445671 AHHH *I do a swoop dive save Mime Bomb and then I swing down a rope out the building with him holding me and when we land he gives me a kiss*.

@RaniaKhalek @battakish Love this! Did you see the Indian Jews arriving? How about the Ethiopian ones? Many kiss the ground, the land of their ancestors. Jews are the indigenous people of Israel! Am Yisrael chai!.

Let kids believe in santa!! y’all grown asf and still believe that The Weeknd will drop another album as good as kiss land one day.

@TheBAPC @GamerAce3 @jackie75224056 @PizzaGodof Oh, so its not actually false it just hurts your feelings. Alright. Acknowledging someones limited abilities isnt downplaying them. If I said that a goldfish can't walk on land thats not downplaying them thats just stating a fact.. 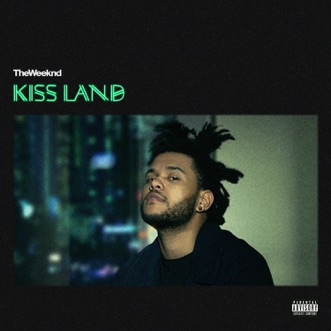