About Dreamchasers 2 by Meek Mill Album

What do you think Dreamchasers 2 album? Can you share your thoughts and listen experiences with other peoples?

@kendraxtamia Dreamchasers 2 for a week will help🤣

@TrueJuiceMan Champions, Dreamchasers 1 and 2, Flamers 1 and 2

@pesty_prophet: @_ssentamu @DatPiff Well seeing how dreamchasers 2 shut down datpiffs servers and is constantly in convos as a top tape…

@eleven8 @TakeALSmoove @atlkee1 Again Dreamchasers 2 is the most downloaded mixtape on Datpiff since it dropped....…

I’m team 2 Chainz but that Dreamchasers 2 👀🔥

Dreamchasers 2 is the ninth mixtape by American rapper Meek Mill (hosted by DJ Drama). It was released on May 7, 2012, by Maybach Music Group and Warner Bros. Records, and also released for digital download on DatPiff. It serves as the second installment in the Dreamchasers series, following Dreamchasers (2011). The mixtape features guest appearances from American rappers Travis Scott, Rick Ross, Fabolous, French Montana, Wale, Big Sean, Kendrick Lamar, Mac Miller, 2 Chainz and Canadian rapper Drake – along with singing vocals by Jeremih, Trey Songz and Jordanne; as well as production that was provided by Jahlil Beats, SAP, All Star, Cardiak, Reginald Smith and Jesse Wilson, among others. The mixtape consists mostly of original material, including a remix to Meek Mill's single from his previous mixtape Dreamchasers, "House Party", and a cover of Drake's "The Ride". Due to its release a month prior, the mixtape was highly anticipated that has been resulted into a high traffic, causing DatPiff to crash upon the mixtapes eventual release. The mixtape quickly became the most popular mixtape release of all-time on that site, with over 1.5 million downloads within 6 hours of release and over 2.5 million downloads within 24 hours. Meek Mill announced on his Twitter that he would be releasing four extended bonus tracks for a deluxe edition of Dreamchasers 2, which never happened. Instead, he released seven songs without tags. The third track, "Amen" was released as the lead single for Meek Mill's upcoming debut album Dreams and Nightmares, while the fourth track, "Burn" was released as the second single also for his upcoming debut album. 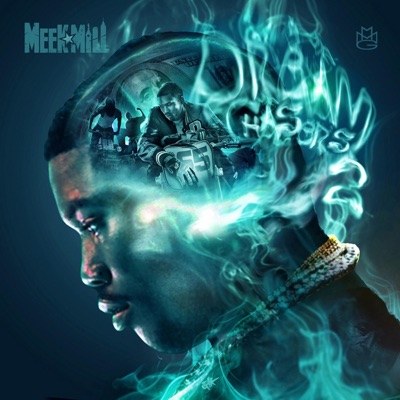