What do you think My World (Bonus Track & Videos Version) album? Can you share your thoughts and listen experiences with other peoples?

Number one Miley fan - I love his music

this kid is pure talent💪

videqgciupwegfkugewri - He cussed a black boy.

Tbh y’all are just mad because he has more success than all of his haters put together. I think his music is great and I love every song of his.

Just no. Horrible album. He never made good music to begin with.

He looks like a thin moose who is eternally depressed

King Willy III - I will only send this one time

It’s not his song👎🏼 copyright

Theimperial - Your world is f$cked up

The music industry has completely gone to hell. Today’s music is just talentless!!!!!!

amazing I love the soundtrack - One last ugly man

The Yeeting Cow - *Cringes so hard strains neck and dies*

Tbh this was his best work.

You know an artist is horrendous when he uses auto tune all the time, when his producers write all his songs, and when his fan base is comprised of ten to thirteen-year old girls who have little to no intelligence whatsoever.

hermit crab mom - Not everything’s about him

Way too full of himself!

If this music cost a penny it would be too much. Complete garbage.

What more do I need to say?

I’m legit sitting here jamming out 10 years later!!!! I don’t like him anymore but there are some BOPS don’t lie to yourself you love them too

So many slim shadys - What a douche he is

You can like his music all you want, and that’s fine, but this is just not for me. The beats on this are very easy to dance to, but JB’s vocals completely squander the whole thing. The lyrics don’t do anything for me, either. Also, he’s even worse outside of making music

I remember there was a time in my life when I fell out of Bieber Fever. I had grown up, matured and listened to other artists. I know this era of Bieber is always an easy one to joke about, but it’s been years since I’ve heard the songs and to my surprise, they still hold up.

His music is alright, his ego is sky high

Justin is so rude to his fans and acts like he’s older than he is like when Justin was younger he tried to flirt with Ellen and of course Ellen turned him down. He also ran over paparazzi because he didn’t want pictures. In one of his concerts he stopped singing because people wanted high fives. Now you can see why I don’t like Justin Bieber

My name îs Sara my favorite song that makes me cry 😭 is down to earth 🌍 I know that you are married an yeah so yea I’m from New Jersey an you are sweet an awesome an amazing 😉 singer 👩‍🎤 I love ❤️ you so much an yea my favorite movie 🎥 is Justin Bieber never say never everytime I watch it I cry 😭 because I wish that I was there with the Justin Bieber fans u know so now I am a senior in Hillsborough high school. You are my favorite person everyday

The best, one of the best Albums ever!!

The cassette tape for my debut album "Real World" !!! It comes in an O-Card slip cover with the album art and track…

@Nickslive True Story: Bought the re-issue of this in mid-March 2020, right as the #COVID19 quarantine hammer dropp…

The world needs an album from @ConorMcGahey in the style of Sinatra/Martin. Select tracks including: "All Hale Cale…

okay this is a close second cause somebody to love... song of the century

@dmarcushammond_ Dolphin. My name is Prince. Sign 'O' the Times. Raspberry beret. The Most beautiful girl in the wo…

with to my world as a bonus track

AHHH! Introducing.. The CD for my debut album "Real World" It comes in a pouch case with the album cover and trackl… 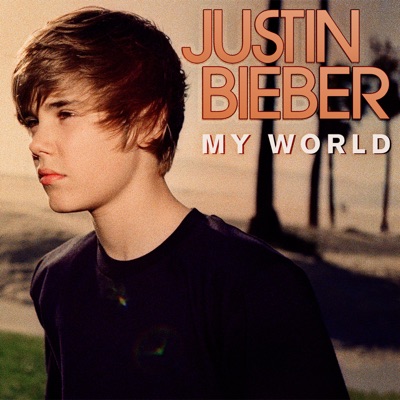