What do you think High School Musical album? Can you share your thoughts and listen experiences with other peoples?

High School Musical is a 2006 American musical television film written by Peter Barsocchini and directed by Kenny Ortega. It is the first installment in the High School Musical franchise. With a plot described by the author and numerous critics as a modern adaptation of Romeo & Juliet, High School Musical is a story about two high school juniors from rival cliques. The protagonists are Troy Bolton (Zac Efron), a basketball team captain, and Gabriella Montez (Vanessa Hudgens), a shy transfer student excelling in math and science. Together, they try out for the lead parts in their high school musical, and this causes division among all the school's students. Despite other students' attempts to thwart their dreams, Troy and Gabriella aim to resist peer pressure and rivalry and wish to inspire others along the way not to "stick to the status quo." However, they have to battle high school diva Sharpay Evans (Ashley Tisdale) and her twin brother Ryan (Lucas Grabeel). Sharpay and Ryan both seek to sabotage the friendship and romance between Troy and Gabriella and gain the leads in the school musical. Principal photography for High School Musical took place in Utah, with East High School and Murray High School used as locations, as well as Salt Lake City. Murray High School was also the set of other Disney productions: Take Down (1979), Read It and Weep (2006), Minutemen (2008), and High School Musical: Get in the Picture (2008). Additional scenes were filmed in Los Angeles. Upon its release on January 20, 2006, it became the most commercially successful Disney Channel Original Movie (DCOM) ever produced. In the U.S., High School Musical generated 7.7 million viewers in its premiere broadcast, which is one of the highest the network has generated. Internationally, the film has also seen considerable success; as of 2019, over 225 million viewers have watched High School Musical. The film's soundtrack was also successful as it peaked at number one in the United States, with "Breaking Free" reaching number four. The film and soundtrack received acclaim from fans, while critics gave generally mixed reviews.The film's success spawned a media franchise and series of sequels, High School Musical 2 (2007) and High School Musical 3: Senior Year (2008), with the latter being a theatrical release. It is the first DCOM to have a theatrical sequel. Upon the film's tenth anniversary in January 2016, Hudgens, Tisdale, Grabeel, Corbin Bleu, and Monique Coleman reunited in a Los Angeles high school gym (decorated to resemble the gym used in the film) to commemorate and celebrate its release, while Efron sent a video to acknowledge the film's cast, crew, and fans. 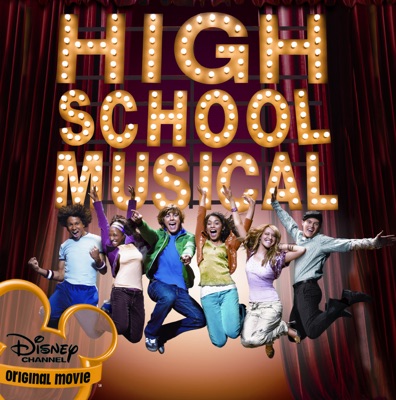