About Watch the Throne by JAY-Z & Kanye West Album

What do you think Watch the Throne album? Can you share your thoughts and listen experiences with other peoples?

Watch the Throne is a collaborative studio album by American rappers Jay-Z and Kanye West, released on August 8, 2011, by Roc-A-Fella Records, Roc Nation, and Def Jam Recordings. Before the album, Jay-Z and Kanye had collaborated on various singles, and with the latter as a producer on the former's work. They originally sought to record a five-song EP together, but the project eventually evolved into a full-length album. The project features guest appearances from Frank Ocean, The-Dream, Beyoncé and Mr Hudson, as well as posthumous vocals by soul musicians Otis Redding and Curtis Mayfield. It also features vocal contributions from Kid Cudi, Seal, Justin Vernon, Elly Jackson, Connie Mitchell, Charlie Wilson and Pete Rock, among others. Recording sessions took place at various locations and began in November 2010, with production led by West and a variety of high-profile producers, including Mike Dean, Swizz Beatz, Tyler Pase, Pete Rock, RZA, Jeff Bhasker, The Neptunes, and Q-Tip. Expanding on the dense production style of West's 2010 album My Beautiful Dark Twisted Fantasy, Watch the Throne incorporates orchestral and progressive rock influences, unconventional samples, and dramatic melodies in its sound. Its braggadocio lyrics exhibit themes of opulence, fame, materialism, power, and the burdens of success, as well as political and socioeconomic context. The album also expresses other topics, such as Jay's thoughts on fatherhood, West's reflection on being deemed a social villain, and their success as performers. Many writers interpreted the subject matter to concern the rappers' plight as African Americans struggling with financial success in America. The album produced seven singles, including "H•A•M", "Otis", "Lift Off", "No Church in the Wild", and the Billboard Hot 100 top five hit "Niggas in Paris", which all received music videos. Jay-Z and West promoted the album with the Watch the Throne Tour that spanned October 2011 to June 2012 and became the highest grossing hip hop concert tour in history. Watch the Throne debuted at number one on the US Billboard 200, selling 436,000 copies in the first week, and broke the iTunes first week sales record. While a few music critics found its lyrical content uninspiring, the rappers' performances and the productions were generally praised. Many critics and publications placed the album in their year-end best-of lists. It also earned Jay-Z and West four Grammy Awards from seven nominations, and was certified platinum in the US. 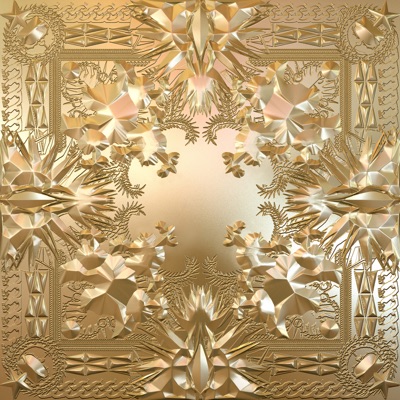