About The Blueprint 3 by JAY-Z Album

JAY-Z - The Blueprint 3 album info will be updated!

What do you think The Blueprint 3 album? Can you share your thoughts and listen experiences with other peoples?

This song is amazing I don’t know what’s so amazing about it but there’s just like a funky tune that makes me love it or maybe it’s the beat it just gets me pumped!

I bought this long ago when it was released. I loved it and was quite young to hear it. I was listening to this in my Home Development class with White Beats Solo Headphones! In my Senior year...

The Blueprint 3 is the eleventh studio album by American rapper Jay-Z, released September 8, 2009, on Roc Nation, through distribution from Asylum Records & Atlantic Records. It is the third Blueprint album, preceded by The Blueprint (2001) and The Blueprint2: The Gift & The Curse (2002). Production for the album took place during 2008 to 2009 at several recording studios and was handled by Kanye West, No I.D., The Neptunes, Jeff Bhasker, Al Shux, Jerome "J-Roc" Harmon, The Inkredibles, Swizz Beatz, and Timbaland. The album debuted at number one on the US Billboard 200 chart, selling 476,000 copies in its first week. It became Jay-Z's eleventh US number-one album, breaking the record he had previously shared with Elvis Presley, and produced five singles that achieved chart success. Upon its release, The Blueprint 3 received generally positive reviews from music critics. The album received a nomination for Best Rap Album, while four of its singles "D.O.A. (Death of Auto-Tune)", "Run This Town", "On to the Next One", and "Empire State of Mind" won a combined six Grammys at both the 52nd Annual Grammy Awards and 53rd Annual Grammy Awards. 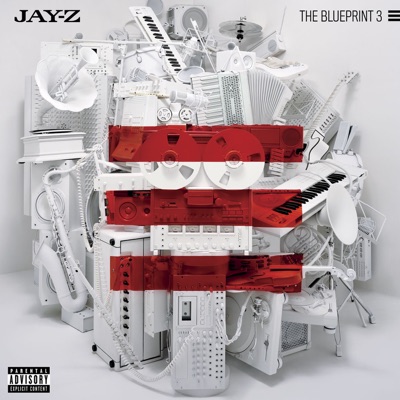