What do you think 4:44 album? Can you share your thoughts and listen experiences with other peoples?

@lights: Garrett was unlike anyone I’d ever met. Honest and raw. Cynical and whimsical all in one. All year we worked on music and it go…

@swtbbyteij: Ok, since you all asked for it.. ✨ let the mermaids tell you what you need to hear ✨ Comment below for a pull from my mer…

@lights: Garrett was unlike anyone I’d ever met. Honest and raw. Cynical and whimsical all in one. All year we worked on music and it go…

4:44 is the thirteenth studio album by American rapper Jay-Z. It was released on June 30, 2017, through Roc Nation as an exclusive to Sprint and Tidal customers. The album is the first in a planned series of music exclusives from the Sprint–Tidal partnership. For a short time, on July 2, the album was made available for free digital download in Tidal's site. A physical edition was released on July 7, including three additional tracks. On the same day, the album was made available to other streaming platforms, such as Apple Music, Google Play Music and Amazon Music. Like Jay-Z's previous album, Magna Carta Holy Grail (2013), 4:44 was not preceded by any singles. The album was recorded from December 2016 to June 2017, and produced by No I.D., with additional contributions by Jay-Z himself. James Blake and Dominic Maker also contributed production to the album's bonus tracks. It features guest appearances from Frank Ocean, Damian Marley, Beyoncé and Jay-Z's mother, Gloria Carter. It also has additional vocal contributions from Blue Ivy Carter, James Fauntleroy, Kim Burrell and The-Dream. The album was widely acclaimed by critics, who praised its emotional and personal content. On July 5, the album was certified Platinum by the Recording Industry Association of America (RIAA), in recognition of one million copies purchased by Sprint and offered to consumers as free downloads. It debuted at number one on the US Billboard 200, making it Jay-Z's 13th consecutive studio album to top the chart, and 14th overall. The album spawned three singles, the title track "4:44", "Bam" and "Family Feud", as well as several music videos, directed by a variety of high-profile collaborators. The album received a Grammy Award nomination for Album of the Year, while the title track was nominated for Song of the Year and "The Story of O.J." was nominated for Record of the Year at the 60th Annual Grammy Awards. 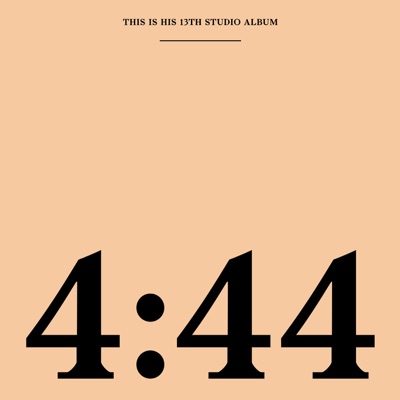