What do you think Wicked (15th Anniversary Special Edition) album? Can you share your thoughts and listen experiences with other peoples?

Helleniphile07 - This Is the One You Should Read

No matter what anyone else has to say, Wicked is one of the most magnificent, beautiful, brilliantly done Broadway musicals you can watch!! It takes a classic fairy tale and gives you an edge-of-your-seat one-of-a-kind experience unlike any Broadway musical, which is evidenced by the fact that (at the time I wrote this) it is the 6th long-running musicals in Broadway history, and is well on its way to becoming the single longest running because of a film adaptation being released on 22 December 2021. This soundtrack, and its 15th anniversary update, is beyond worth buying and listening to over and over again! No, I am not being paid to write this, or am I affiliated with Broadway or Wicked.

I will say— beautiful soundtrack and bonus tracks. HOWEVER— I would’ve loved the 15th Anniversary Cast to have done an album.

I am so excited that the PTX version of "What Is This Feeling" is on this album. I am the worlds biggest Pentaholic, and I've seen PTX in concert..... I'm obsessed. Love you Scott, Mitch, Kirstin, K.O, and Matt!

This album in full to review it as I already have the original. But this is basically the same album. Really sad they didn’t add any bonus songs or instrumental from the show (Wicked Witch Of the East anyone?) or even an Elphaba or Glinda replacement singing the songs (Would anyone else just die for a Willemijn Defying Gravity??? I would). Anyways, obviously don’t get this if you already have wicked. Just get the bonus songs. And if you don’t, well, I suppose you don’t loose anything by getting this version instead.

Fatso pork - AMAZING! But I'm still angry about something

Why didn't you add the live version of defying gravity or popular? Those are Hits.

Not sure who would buy the soundtrack or why. Great Artwork

Still the best show on Broadway.... 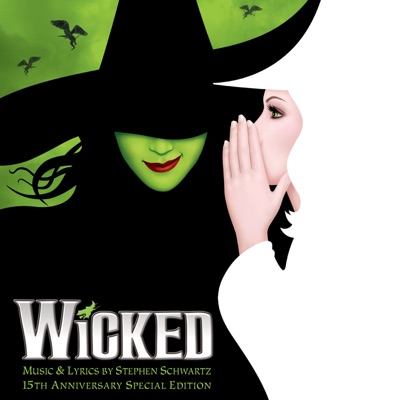