What do you think Encore (Deluxe Version) album? Can you share your thoughts and listen experiences with other peoples?

It won't let me use nickname - Underrated

I like this album I remember listening to it when I woke up the morning of November 13, 2004. My Favorite Tracks - Like Toy Soldiers - Evil Deeds - Mockingbird - Mosh - Ass Like That - Just Lose it - Encore

So many slim shadys - My least favorite Eminem album

Don't get me wrong, there are some great tracks on here, but overall this one is my least favorite especially considering that it came out after three amazing albums.

Its very nice, he didn’t try to hard, he just did what had to be done, and he did it well

If it is Eminem it tends to be pretty good

peruvianpistol - Been listening to Eminem since 99’

I love every song on this album.

im just here, leave now lol - This is a masterpiece

I absolutely love this album, it’s personally my favorite Eminem album. It’s one of the most underrated albums in music of all time.

If I could describe this album in one word it would be disappointing. After coming off of arguably the best trilogy of albums of rap, he comes out with a lazy, cringe album with few bright spots. Em even admitted he was on drugs when making this album, and you could tell. My 1st Single is easily his worst song ever. Never Enough, evil deeds, one shot 2 shot and many more had no correlation with one another and felt like all filler. These songs were very forgettable much like this album. With the level of prestige of Eminem’s last three albums, this album was shockingly bad. I wouldn’t recommend the album but some songs I would recommend buying: Like Toy Soldiers, Mockingbird, Yellow Brick Road, Rain. Especially Like Toy Soldiers. Overall I was disappointed. 6/10 - JV 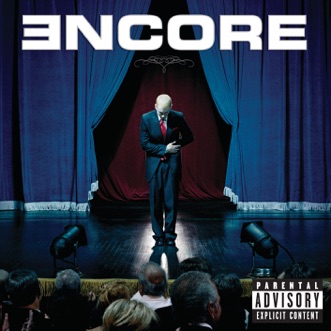