About Hurts 2B Human by P!nk Album

P!nk - Hurts 2B Human album info will be updated!

What do you think Hurts 2B Human album? Can you share your thoughts and listen experiences with other peoples?

Hurts 2B Human is the eighth studio album by American singer Pink. Released on April 26, 2019, by RCA Records, the album was initially planned as a standalone extended play (EP). Pursuing a sound that would be departure from her previous albums, Pink enlisted the assistance of collaborators such as Greg Kurstin, Max Martin, and Ryan Tedder. The album features guest appearances by Cash Cash, Khalid, Chris Stapleton, and Wrabel. The album was officially announced during an interview on The Ellen DeGeneres Show broadcast in February 2019. Musically, Hurts 2B Human is a pop record whose lyrics delve into themes of love, family, introspection, life, and self-worth. The album received generally favorable reviews from music critics, many of whom praised its production and cohesiveness; others felt it was too calculated and formulaic. Commercially, the album was successful, reaching number one in eight countries including Australia, Canada, New Zealand, and Switzerland. In the United States, Hurts 2B Human became Pink's third consecutive album to debut at number one on the Billboard 200 chart, with first-week sales of 115,000 album-equivalent units. To promote the album, "Walk Me Home" was released on February 20, 2019, as a lead single to commercial success, followed by "Can We Pretend", the title track, and "Love Me Anyway" as the second, third and fourth singles, respectively. 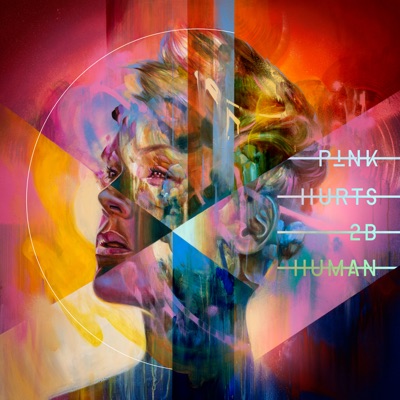