What do you think Old Town Road (feat. Billy Ray Cyrus) [Remix] - Single album? Can you share your thoughts and listen experiences with other peoples?

Do it with mason Ramsey

This is not country I mean what is country about it?

So if a song mentions horses it’s country? 🤔

I love ❤️ this song so much it is calm

aubeydobey - I love this song

OMG OMG OMG I SCREAM THIS SONG ALL THE TIME WHEN ITS ON ITS THE ONLY THING I LISTEN TO WHEN EVER I SEE IT I AM LIKE me:OMG OMG I see old town road my mom:okay I know u love the song.

I say icky - this is crazy

Traydengamertv - Bad part but the other parts good

Who in their right mind labeled this song country music? This is pure 100% rap/hip hop and not country in the slightest.

Donovian - Song is a banger 💯🔥

BiggameJames123 - If you're gonna go country, do it right!!!

First of all, this doens't sound country!. There's way too many hip hop and rap beats that interfere with real instruments. Country music is country music only if artists used real instruments, not artificial computer sounds. Second of all, there's some lyrics that were very distasteful. At first I didn't understood, until I researched and found the lyric sheet for this song. The second verse was highly inappropriate for the kids (Kudos for making a clean version for kids btw). I feel that Lil Nas X is insulting country music.

❤️❤️❤️emmie says this is her song, riding her horse

How is this song still in the top 100. It was a good song until little kids started listening to it then it just ruined the song for me because my little cousins listen to it every time

I just love your songs.

I love this song just inappropriate on one part

This is rap. Talking about a horse doesn’t make it country. Thanks for coming to my Ted talk.

Winks06 - Disgraced to all music

It is good but can be better

So countryside I love it and its good Country for kids

Call the phone and get it done

This song is actually pretty good just one thing though even though billy Ray Cyrus is featured don’t mean its country plus why are y’all making so many REMIXES!!! Overall this song is absolutely perfect 👌

WOW U FOUND ME - Find this and ur a god

U deserve a medal for finding this

This song is so good you should thank Lil Nas X

If you listen to this song with you EARS you can hear how terrible this song is. It put the two most talentless stupid genres together into the worst song ever. People who just listen to music that is designed to sound the same in a way that it is “unique” so it can make the most profit are loving this right now in all it’s stupid overplayed idiocy good for you I guess.

Take this off of country charts!!!!!!

You gotta love it when you see good people come together in a joyous fashion and everyone gets along. Love is the answer to all.

Are you serious? This song is a joke. Not sure what all the excitement is all about. If there was an option for no stars, that would be my choice. Not one star!

For all you naysayers, This is country with a little twist. Geez

Just not even good and soo annoying and terrible writing

When did this get popular again. I didn’t even know it was still listened to anymore. It was at the end of 2018 and a little bit through 2019, but let’s get this straight. THIS SONG IS SO OLD NOW!!!!!

It is a really good song. I listen to it a lot.

Would rather listen to a barn full of piglets getting vaccinated than listen to this.

What the actual fuc*. This is hip hop and not country

I hate this stupid song!!👿😡

God this song sucks and it’s so annoying. It’s the definition of everything that’s bad about modern pop and hip hop

Song is a sample from off the Ghosts album By Nine Inch Nails. Trent Reznor and NIN are now credited with songwriting this song!!!

As a man who grew up on country music, let me just remind y’all that there is such a thing as HIP/HOP COUNTRY!!! Listen to Kid Rock!!! His album Devil Without a Cause sold over 14 million copies and it’s a HIP/HOP country Album!! This is the sound of a new musician that is able to conquer the 808 hip hop drum and mix it with an Atlanta vibe that contains a hard hitting sample of the banjo that slides all together to create a style of Country and Hip/Hop that has never been heard like this before! And Billy is here!!! So let the haters hate because this song is a MASSIVE HIT!! And I don’t think it’s going to drop anytime soon! 🔥🔥🔥🔥🔥🔥🔥🔥🔥🔥🔥🔥🔥🔥🤠🤠🤠🤠🤠🤠🤠🤠🤠🤠🤠🤠🤠🤠

Im gonna listen till i cant no more

This song is amazing I got hooked on it from tik tok Also follow me on tik tok @jayden.memes29

This song is really good.

I hear it everywhere and it is catchy

This is good but not good

They played this at my Grad

Pitterpatter84 - Save your money.

This is HORRIBLE. Get this off the country charts. It isn’t country. Sorry but this song is terrible

Love that Billy Ray Cyrus sings in here! He sings so good!

And I'm totally digging it 😘

Great song. Wish they would play it more on the radio. Whoever says this song is trash, I want you to do better. Then I will listen to it and call it trash, even if it is good. Then I’ll say that it isn’t even in the right genre. Y’all might have to take your own horses to the old town road when I’m done. 🤠🐴🚜

I LOVE THIS SONG SO MUCH!!! ITS MY FAVORITE SONG!!! PLZ CHANGE THIS SONG FOR FREE SO I GET IT AND PLAY IT ALL DAY LONG! PLZZZZZZZZ!!!

Still a borin’ song, though.

This song is the best ringtone

leaforever - I feel bad that everyone hates it

Everyone one my bus just burst out singing this song, they sung it so loud that my bus driver had to tell them to stop, and he loves that song! 😂

I love this song!!

Kitty gammer 5000 - Don’t know why people hate this song so much.

It even says it’s a hip hop / rap song! Holy crap this song is good btw.

Good mix of Country and pop

what has this generation come to?

It's my second favourite song but it's lovely 😊

Not MazyLazy YT - I bought it on iTunes

All I can say is I hate this song half way threw I do not know what it is saying!

This song is ok...look hate meh all ya want i have an opinion. Overall i kinda hate it. It gives me a headache

I’d give it 0 stars if I could

Denniswilliam - I haven't listened to this for 3 months

Anxiety! At The Coffee Shop - Is this a joke?

People are calling this country music. Just because it is a song about cowboys doesn’t mean it’s a country song. Diabolical. Despicable. Downright dross.

I love the song

eusgdvd - Worst song of the year BY FAR

TinpoFan10 - It's ok but annoying after a few hears at least this one.

It’s ok for first time but after every day listening it on the radio it's annoying. Well at least this one. On YouTube somebody made this song with Spongebob Squarepants. That is great. But this one is annoying. Like Spongebob version on YouTube because it's Spongebob!

Couldn’t get better than this song

It was great I got it of TikTok

Just another song that everybody else likes and I hate..

Trash and head aching. No offense

So Basically,I Was On Youtube,And i Was Watching the meme,'And I Oop-' (Don't Ask Why) And I see Coming Up Next,'Old Town Road' -Lil Nas X ft.Billy Ray Cyrus,so i clicked on it,And the First Few Seconds,I Was Into It.So,I Clicked off to see how much views it had,And I Was Speechless.IT HAD 324M Views!!!!!!

This song is extremely catchy. It’s fun and Billy’s voice is like the cherry on the top. The verses are very lazy and lyrically they are awful. ‘Wrangler on my booty’ and ‘bull riding and boobies’ is 🅴 ! I’m also concerned on how much autotune is used for Lil Nas X’s part. 2/5.

It’s not amazing, but it’s memorable and has a very good chorus which hold it together. I gave it four stars because it has poor lyrics

Didn't realise how much I love this song till I danced to it at a party. Legit Fire 🔥

R***i is a person. I can not say the name for privacy reasons. She is stupid. Why? She doesn’t like this song. Also I have a conspiracy theory. Lil Nas X is pregnant. Do you know why? Look at the line: Wrangler On My Booty The first letter of each word spells ‘womb’ Omg #conspiracies #thatsthetea #calldannygonzalez

Love it 😍, still love it. The chorus is the best! Also the best country song i’ve heard

Everyone sing which makes it annoying

Best song I have ever listened to!

pmlefc - Why are they going to the hotel room?

Lyrics sound weird - take my horse to the hotel room??? 😂

I listen to this every day it just makes me feel happy , I recommend this . Bye I’m going to listen to it again for the 20th time , it’s AMAZING . 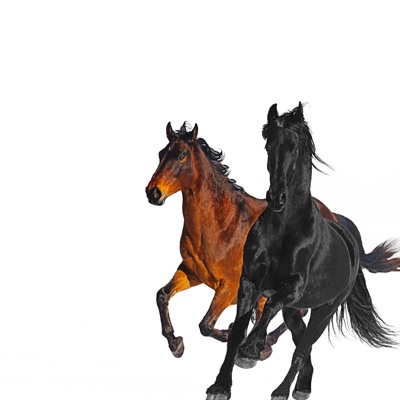