What do you think Old Town Road (feat. RM of BTS) [Seoul Town Road Remix] - Single album? Can you share your thoughts and listen experiences with other peoples?

I like the song it is just that it can have more beat in to it and more heat.

ava max fan - Namjoon made this song stand out!

The original song was ok, but when I heard this it was way better! WE PURPLE YOU BTS ARMY!!!💜💜💜💜💜

Tbh it isn’t bad. I like how it is different

I didn’t even like this song very much, but then I heard this version and loved it!!! Amazing job Namjoon!! I purple you!!!!💜💜💜💜💜

boggie with the hoodie - BEST

I is the best

Love this song originally, but with BTS? :(. Why? Love the original but don’t love BTS.

Love this song It’s just telling it like it is!

Exactly what he said, Can’t nobody tell me nothin, so shut up, thanks.

zzzzzzxzzoooooohgghgv - Good but please no more

cool that he got namjoon on this song

luv loonA - Money Grab and RM can do better

I hear and see no good reason why RM would agree to this aside from money (or genuinely loving the song—which would be awesome except his verse here is fairly boring and unlike him). It doesn’t match the song well at all.

Namjoon you have one heck of a sense of humor 😂

Another amazing rendition by the best of the best!! LOVE IT

I’m just a fan of them both

yay me me me - Yaaaaaaay

Thank you Lil Nas X for collaborating with my boy RM. Don’t listen to those toxic envious haters, they are not worthy. You won’t regret it! I hope this is the last remix though. Please make another song, you are the best!💜

idk ima nerd - The twin of the OTR.

I’m tired of hearing his song. QUIT MAKING NEW PARODIES OFF THE SAME SONG. It’s just another broke SoundCloud rapper trying to make a quick buck off collaborating with NAS. Your better than this. Make something NEW prove me wrong that your a one hit wonder!!

unspeakable3952 - I can’t stop listening to this

Omg this song is the best rm and lil nas x are so good and billy Ray Cyrus was good but this is great!!!

he’s trying to make it a hit but i hate to tell you, it’s not working. just stop already..please😩❌

I like this version better wish it was longer

169% sure that I got aids from this song

I get that Old Town Road was a hit for a while, but they are too clingy to the “fame” that they have. I mean it’s actually annoying the song makes absolutely no sense, and the fact that they have remixed it and collaborated so many times makes it such a try-hard song. Let’s not even talk about this collaboration with that BTS guy... it’s TRASH! Let’s do the music industry a favor and not play this anymore.

RM writes 90% of the lyrics to BTS’ songs and he flexes his strong lyrical skills in this song too. The line “homis in the back” sounds like a reference to having his friends (maybe the other members of BTS) riding in the backseat of a car. But in Korean, a homi is a hand plough used for farming. In that context, RM literally wrote a whole verse about farming for profit (we’re gonna get your money with my homi in your backyard). But if you leave homi as homie, the line “grabbing all the corn” takes on new meaning. “Beating the corn” is an expression in Korean that essentially means punching someone’s face. If you read backyard as the western music scene, RM is saying he and his homies (BTS) aren’t going to back down (“homies made of steel from Korea”) and are going to beat the gatekeepers of the western music industry at their own game (“we’re gonna get your money with my homies in your backyard”). This wordplay is typical of RM’s style, and I highly recommend you check out his solo album Mono or his older songs Joke and Do You on YouTube. There are English captions available on all the videos and a google search for the song meaning will bring up all the different interpretations. Big thanks to @doolsetbangtan on twitter for providing the cultural context to RM’s verse in Seoul Town Road!

Best remix of such a catchy song, great job guys!!! It’s so good 😊

Joonie snapped 🤪🔥 The first remix is my favourite but it’s namjoon so... lmao

Incredibly catchy - I’ve been playing it on repeat since it was released. I think RM’s voice is a great complement to Lil Nas X’s, and I’m loving the wordplay (I now know what a ho-mi is). Also loving that this is another BTS collab with a talented, and openly LGBT+ artist (BTS - you are helping spread positivity, temper prejudices and shift perceptions on so many fronts which is so important given the current global climate 💜). My only minor gripe is I wish the song was full length...

it’s rm fellas, ofc this is gonna b fire 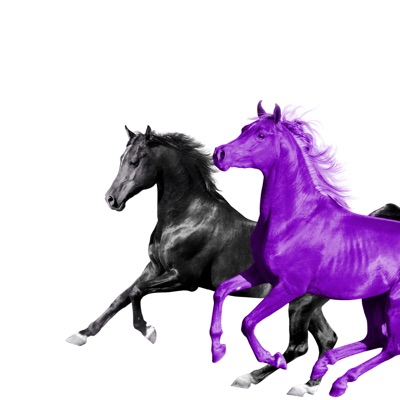