About KIRK by DaBaby Album

What do you think KIRK album? Can you share your thoughts and listen experiences with other peoples?

Intro is the real baby. The industry has all these artists dumbing down their sound. I remember the track he did on the J Cole album. He was nice and that say’s a-lot. You can tell the label dictates what he makes. I grew up on EPMD, KRS, Rakim, Kool G Rap, and yes, the lyrics about women get old, they aren’t needed seriously. However that is all people want to hear sadly, and about ice or the club.

well on iPhone featuring Nicki Minaj he sounded terrible he used the same verse and NICKI MINAJ THE QUEEN OF RAP SERVEEEDDD... HER VERSE WAS HARD DABABY SHOULD HAVE HAD NICKI WROTE HIS VERSE BECAUSE HES WAS NOT IT BUT ON TRACKS BOP AND VIBEZ AND TOES FEATURING LIL BABY AND MONEYBAGG YO AND INTRO AND POP STAR FEATURING KEVIN GATES HE WENT HARD AND RAPPED VERSES THAT WERE GOOD BUT I DIDNT LIKE THIS ALBUM I LIKED BABY ON BABY I RATE 3/5 I ONLY LIKE 4 SONGS

Y’all should of slid me in for a verse.

Couple of really good tracks! Keep it up!

Don't know peoples' problem, this album is really good and only has about 2 bad songs. BOP, VIBEZ, and TOES are amazing.

Intro, Bop, POP star, and Gospel are good tho

I have never liked a whole album by anybody but, this album there is no word for this album. He is very talented. I like everything he does for his music!

He not that good... this sounds like plenty other generic crap.

This album was amazing, although you could leave out about girls on ur pp tho and stuff but that’s just the style and makes it just sounds so lit and stuff da baby is the real goat and i love how he talks about him momma and daddy and his kids like fr that’s some good stuff right there is flow is my oh my great and i think he might just be the best rapper of this new generation he is a straight up king and his new song shut up is so good and i can’t wait for if he makes an album keep doing you da baby i’m rooting for you forever just keep making them bangers and you got all my attention as soon as i got money imma see you in concert bc he’s just that good so keep doing you and keep on grinding because i’m here for it❤️🔥😘😘

AllenPlayz - Lit but not enough.

It's a okay album but I rather spend my Tuesday afternoon watering my chicken. I give it a solid two stars due to the fact that the album is absolute fire but the I don't like how he didn't rap one verse about the Bermuda Triangle

DaBaby Is That Person Who Is Anti-woman. Saying some crap like. F That B. She wanna f. She wanna c*. DaBaby Is A Borderline Sex Offender Who Basically Think Women Are S*x Machines.

Still jamming to this!🔥🔥🔥

imurdaddy yt - I love u

These songs are ok I like some better than others. You should see him freestyle on xxl he is really good Dababy should freestyle more( This xxl is on YouTube and it is on freshman xxl. )

This album and any other DaBaby album are great

statsimple69 - Well, its the best of the worst.

It could have been great.

There isn’t enough pity in this universe that can be directed to those that find any “artistic merit” in whatever this is.

this is actually pretty good!

Funny how people actually like hearing da baby his flow on every song is the same no creativity whatsoever... we need someone to save the rap game😤

Yk he’s a real one

Everything sounds the same, the flows are the same and the lyrics aren’t all that. He’s done better work before. But this is not the project. Will not be adding this to my playlist

Shaggy21blanco - Nice album but Nicki was not needed

Personally this is heat

All these songs is great

In a heavily saturated 2019 filled with crap autotune sing-rap, this dude is the answer. I’m from a different era of hip/hop & rap and I say DaBaby is the best to show out in quite sometime.

Most songs have very meaningful lyrics, especially iPHONE and that Nicki verse😩😩

That was just a typoooo

This is it chief🌊

This album is amazing keep it up dababy

How dare he compare this mixtape like album to Tha Carter 3. Smh

Overrated album only one good song which is bop

There isn’t a bad song on this album🤷🏻‍♂️

THIS ALBUM IS SO GOOD. IPHONE IS deffo the BEST TRACK YAASS

Only heard a few songs. But IPHone is STRAIGHT FIRE FOR RAP FANS

Just know he’s bout to show up on this one🔥🔥🔥

Kirk means "church", often referring to the Church of Scotland in particular. Kirk or KIRK may also refer to: James T. Kirk, a fictional character from the Star Trek franchise and TV series 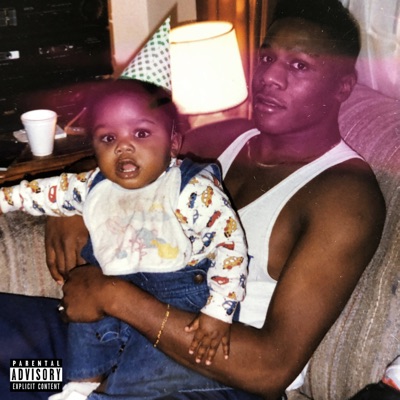