About COUNTRY FUZZ by The Cadillac Three Album

The Cadillac Three - COUNTRY FUZZ album info will be updated!

What do you think COUNTRY FUZZ album? Can you share your thoughts and listen experiences with other peoples?

Tc3 gets better by the album. Can’t stop listening to them. Favorite band!

Like these guys a lot but this is not a very good album. Way more produced than their past albums and just subpar in general. There are a few decent songs but there are a lot more that aren’t very good at all.

Don’t judge cd by the first couple of releases, this is a great cd. Ya there is a couple songs that sound like they are trying to get radio play. Don’t blame them I wish I could hear more of them on the radio. But there is plenty of classic 3 on this disc. Fan from freshman cd to now, and I won’t be a dis-believer anytime soon. You go Tee-Cee!!!! Slow roll’n......till the end!

HeritageVueFarms - Not Catering to Mainstream

I love this band and this new album. This album isn’t cookie cutter country or stereotypical southern rock. This album doesn’t force itself into a genre by catering to the tastes of the “country” folk. They are doing their own thing and it’s awesome. However, I might be biased because I refuse to change who I am and what I like, just to fit in. I appreciate music that does not conform to what is expected either. So if you march to the beat of your own drum, like a little bit of rock and roll, oldies, blues, and country music, then this album is for you.

Best one so far!

Whoa Cuz - Got to an AA meeting

Drop your alcohol and run for the rehab!

I cannot believe how lame this is, not an ounce of originality.

I’ve been listening to TC3 since 2013. The first album was raw, unfiltered, and a breath of fresh air in an environment that was soaked with over production, multiple song writers, and desperation to be the “next big douche”. Each progressive TC3 album has moved a little closer to the “Nashville sound”. TC3 has finally jumped the shark on this album. The grit and grime are gone. This sounds like it was written, recorded, and produced at the Brentwood Country Club with the board members giving their input. The first album first album sounds like it is straight out of Dino’s Bar. Bring that sound, that Country Fuzz, back. There is no Country Fuzz on this album. TC3 went from Appetite for Destruction to The Spaghetti Incident. Jaren: You still owe TC3 fans Girl on Fire!!!

These guys deliver every time!!! Buy it now, your ears will love you

k8jo - TC3 IS BRINGING THE HEAT

The boys are killing it, if you haven’t downloaded it you’re doing life all wrong. Also, the boys need make a whiskey because once you listen to them you’ll want to take a few shots. #counteyfuzz #countryrock #whiskeyandsmoke

Music catered to idiots who cut you off in their pickup trucks only to speed up to a red light.

It’s SOOOOO good! The kind of music you can’t live without! ⚡️♥️✌🏼

This album is awesome!! Keep the pedal down boys!!

I think album #4 by The Cadillac Three just became my favorite!!! You’re missing out if you’re not listening to them...amazing band on air and live!!

TC3 is a awesome band too listen too. #thecadillacThree

Love labels!!! The real deal. This album will Make ya happy!

Nickleback meets Florida Georgia Line. This is the low brow garbage Loretta Lynn is crying about. Country is lost and this is not not country. You want country check out Tyler Childers, Mike and the Moonpies, Drive By Truckers, Old Crow Medicine Show, Trampled By Turtles, Billy Strings, Tenn Jett,

Live, they are even better!! Another great album.

If you don’t like this album or their music the problem is your ears. I have seen them live at a small venue and they are just as good. They are a different type of country / southern rock and I personally think it’s awesome I have all their albums and think they keep getting better. Don’t bash them because they aren’t country or southern rock, they aren’t trying to be either, they’re being true to their selves. If you are wondering born and raised above the Mason Dixon line, so not a southern homer. Next time they are in Pittsburgh I will be there to watch them again. If you buy this album you will be a fan , listen to the music and lyrics. It’s all about what they like to do in their lives.

TC3 can do no wrong. I cannot wait for the album to be released. The singles have been nothing less than amazing.

THESE GUYS DONT EVER DISSAPOINT, CRACKIN COLD ONES

Dyno_Ryno - Absolutely the best music you can buy

This band is all about great songwriting and having a good time. When life gets tough, crank up The Cadillac Three! I truly appreciate a band that is authentic to the core. TC3 fan forever, “it ain’t my fault”...

Love the clips of the new music, can’t wait to see you in Binghamton, ny , this Friday

Gary the baddass - This is awful

B-rad Tulaa - Worth The Wait!

Obviously, I haven’t heard the entire album, but what I have heard is a helluva good time. I cannot wait to hear more. I’ve followed these guys since 2012 when they were still The Cadillac Black. On each album, they reveal their growth as musicians and fill our world with new sounds without leaving their roots. Country Fuzz is no different. If these guys are anywhere near you, go see them. You will not be disappointed! Congratulations to Kelby, Neil and Jaren! Come on February!

I don’t care what you classify their genre as, Southern rock? Country? The Cadillac Three puts out great music. Their unique sound accompanied with songwriting genius outperforms other new ‘pop-country’ top hits any day of the week. TC3 hit it home with Country Fuzz. Outstanding album.

SteJ72 - The quality gets better

the more you listen the more the quality shines through. See them live, you won't be dissapointed

@CompoundBoss: This is happening all the time. No news agency reports it. They want you to believe evil white supremacists are the count…

@SaharaReporters How is #BigBrotherNaija a threat to some people in this country? I don't understand the fuzz is all about.

@NaturousHybrid "Home country cooking is top notch! Can't be beaten! I do get a bit too creative when I cook though"

@supersymmetry_I Fuck yeah. 2007 was unbelievable. There were also No Country for Old Men The Darjeeling Limited Th…

@ribaadom: The Vietnamese struggle was truly rooted in the hearts and minds of the people fighting—there was no other way to explain how…

@beenblackedout: Hi friends. I have made the decision to leave this country, and return home to Jamaica. Please donate and boost if…

@MatthewBurnsid7 I think of the 2007 as maybe the best year for movies in my lifetime so far. No Country, There Wil… 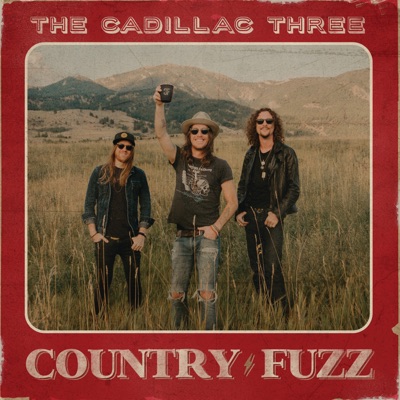