About Tullahoma by Dustin Lynch Album

What do you think Tullahoma album? Can you share your thoughts and listen experiences with other peoples?

Dalton 98 - Did anyone not listen to this album?

I’ve never been a huge Dustin Lynch fan. But this was the first album of his I bought. Do I not really, really like some of them? Yes, but every album has those 2 or 3 songs. But this album tells a story. This is a good album, very solid!

It’s been a while since I’ve been so into so many songs on one album. This is exciting!

Best album yet of his and for country music right now. Love it!

Every album Dustin puts out is better than the last

That’s all I need to say

I LOVE this album!!! Dustin Lynch- you have an AMAZING VOICE and YOU DO NOT GET ENOUGH CREDIT FOR IT and it is a shame!!! KEEP ON KEEPING ON!!! MUCH LOVE from a small town MIssissippi girl!!!

I’ve met him before and he’s really nice 👍🏼

Haven’t been into country music long but Dustin Lynch has become my favorite artist. Traditional country is boring and Dustin made it fun and uplifting . I will buy every album he makes if they sound like this.

smalltownusa - What The Hell Happened??

Just when I thought there was hope for Country Music when you came out with “Cowboys & Angels” which was a breath of fresh air..... now you venture down this Pop Sounding Path like Sam Hunt?? Very Disappointing!

This is not too bad. Much better than his last album. Not as good as the first two though.

The dude makes these songs like he’s actually country, “mommas house” “dirt road”, but it’s all pop. “Im country look at me in my cowboy hat and my cowboy song titles, but here’s a snap track beat and terrible lyrics”.

“Country Star” is where its at! I love all the other songs too, but this one really gets to me, with the guy in the background singing angelic celestial harmonies! I really hope they do an acoustic unplugged version of this one! “Fall, fall on me girl...”

This is honestly a terribly disappointing album. Wow.

Country has changed. Dustin is keeping it country though. This album is absolutley Great! You can tell he put some time in the making of this album. For those that say ,"this isn't country", or "what happened to Cowboy's and Angels", Well you need to realize that music change in all genres. Sit back and enjoy this album, There won't be many this good or close to the old country roots as Tullahoma. Thank you Dustin for putting out such great music, you never dissapoint.

This album was such a disappointment. I like pop country if it’s done well, but unfortunately it isn’t on this album. Most of the songs feel very superficial and lack substance in the lyrics. I hope he starts making songs like “Cowboys and Angels” again.

I really liked his music back then like “Cowboys And Angels” and “Where It’s At” but this just doesn’t sound like him. I think it’s cool that it’s a tip to his hometown but I just don’t get it. I do like “Ridin’ Roads” though.

mikaylalin - I love this album

Can’t wait to see what other music you get!!!!!

Don’t care what everyone else says, this album is great and I’m lovin it. It may not sound “country” according to some, but give the guy credit for knowing his way around a great beat.

i know its bad

DougDaDruma - I can listen to this...but do I want to?

I've got friends on this record, so I appreciate this work at face value. It's a good effort and hopefully will sustain DL for a year or two. It's worth a listen. Looking forward to what's next. Maybe take some risks next time. It does sound like the same 'ole. You gotta make the investers and radio types happy, sure, but don't forget to make some real country music along the way.

First off, i grew up in Tullahoma. Second off, i have never been a fan of Dustin’s music per say, or modern country music in general. Cowboys and angels was a pretty cool song but you need to grow and branch out. I get it. However, there is no branching out in mainstream country music these days. No artist has creative control. They are just a bunch of puppets doing what the labels request and the labels being slaves to “country radio” which just plays song after song that sounds exactly the same. When i first saw the album was called Tullahoma, part of me thought, “cool, maybe he did something genuine. Something with depth that had something to say about who he is, where he’s from” i was wrong. This is just another pop country album with the same old cliche lyrics and repetitive song structure. I long for something original in country music. Does anyone have anything original to say? Is this generation really this lame? Can a country artist please be brave enough to be himself, tell the truth, and be interesting? I’d rather hear a terrible musician play an honest song than a bunch of great musicians play far beneath their capabilities. In summary, please do not judge Tullahoma on this album. It says nothing of the town or the people who live there. It has nothing to say. Period.

Every song on this album has incredibly hooky chorus that will be lodged in your brain after listening to them. Dustin and the writing team should be very proud of this one.

I’ll listen to DL on repeat as long as he keeps making music!

DL is the only country artist that I consistently love everything they put out. I can’t get enough of his music! This album is amazing.

Country music has never had just one sound. Even what you claim as traditional country music is an evolution and doesn’t sound much like the Carter family, the first famous country music group. Country has also had pop elements and rock elements for a long time. I doubt most of you bought this album. Forming an online mob to try and hurt someone’s sales is petty and stupid. By the way, one of the songs from this album is currently number one on ITunes.

Please go back to Cowboys and Angels. What is this mess?

Listened to one song and regretted everything

6 of 11 songs he has writing credits to, that’s pretty cool 🧐🧐 Most of his albums seem to follow this trend which is cooler 🤘🏽🤘🏽 Chalk it up as another win for DL

Roger and Jolene - Proud of you Dustin

Dustin Lynch is an outstanding musician. I have studied music for all my life and I have always been impressed with Mr. Lynch. I have had the chance to attend many of his shows and have met him on numerous occasions. He is down to earth, kind, complimentary, an all around good ol country boy! I’ve enjoyed following your career for the past 10 years and look forward to seeing you on the road this summer. Stay Country Roger.

Glad I bought the whole album. Ridin’ Roads is just the first #1 I’m sure. If you love Dustin’s music then this is just pure Dustin. Pretty sure he will win over a lot of new fans too. Real Country music for real fans.

Absolutely amazing and so proud 💛💛

OnlySethDavis - Wow he sold out lol

I don’t know what this is but it’s not country lol. Dixie Chicks went pop but kept their core sound. So it worked. This is just sad garbage.

Another killer album, it sounds great! 🔥🔥🔥

That’s the only word that needs to be said. This album is a complete 180 from your first two albums. Go back to your roots. This album is horrendous!

Forget the haters! This album is amazing! Great Job!!!!

Such an uplifting album LOVE Dustin Lynch.. His voice is everything!!

Yuck. When will these terrible records stop coming out?!!

completely OBSESSED with this new sound and i hope it continues!! cant stop listening to it, and his collab with Lauren Alaina is on repeat for the rest of my life. CONGRATS DL!!🤍☺️

Hey for all you old school country lovers such as myself stick with that old down home country. But also realize times have changed and music is not the same as what it used to be. Pretty solid album and though yes it’s a different tone and beat so is all other country now catch up with the times. You did good on this one Dustin!

Too much pop - it burst. What has happened to country music??? Still waiting on that country singer that will change country music and lead others to follow- Dustin Lynch is certainly not the one!

This album is so good! But then again, I don't think he has had one bad album. Thumbs up!

What an amazing artist. All his albums are great!

Really immersive and catchy tunes and I can’t say much about the lyrics but sounds very country and rhythms are very good.

DId I say horrible, horrible there I said it again, out of tune like Garth Brooks ewwwww!!!!!!

Tullahoma is the fourth album from country star Dustin Lynch. The album is arguably the best work from the Nashville born singer. This is by far the most complete album from him and if you were a fan of his last album it is the perfect partner. You will not be dissapointed.

Such a harmonious voice. I can’t wait to play this album while I’m driving through the countryside this afternoon. I live in the U.K. but love country music, it’s so refreshing compared to the other type of music that is seen as “popular” these days.

Tullahoma is a city in Coffee and Franklin counties in southern Middle Tennessee. The population was 18,655 at the 2010 census. In 2019 the population was estimated to be 19,555. It is the principal city of the Tullahoma micropolitan area (a 2009 estimate placed it at 99,927), which consists of Coffee, Franklin, and Moore counties and is the second largest micropolitan area in Tennessee. 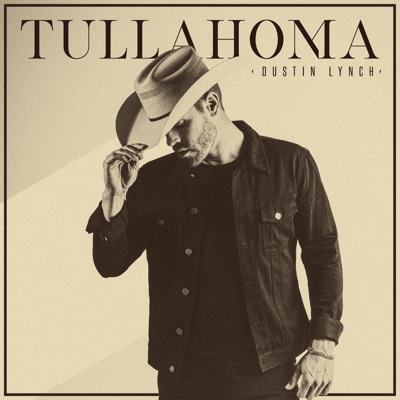