About To Tanesha by Vybz Kartel Album

Vybz Kartel - To Tanesha album info will be updated!

What do you think To Tanesha album? Can you share your thoughts and listen experiences with other peoples?

Greatness in everything you do free world boss

This is Vybz Kartel best work to date. Delusional and make no sense are my favorites

Album of 2020 free the people’s President

I love this album🔥💃🏽My least fave is the song with him and slimatic. When they said kartel can’t sing without profanity, weh dem deh dem nuh shame. he always out done himself. Gaza fi life

Second album to purchased, to how good this is ❤️🚀🌑🥶

XhevzNBF - Album of the year

Vybz Kartel switch up the style again, other dancehall artist can’t keep up!

He is the king no joke.

Great body of work, excellent album well put together. A album that one must have in their catalog.

Great vibes! Felt in love with all the songs, so had to add it to my collection. 🔥🔥

The King did it again

This whole album puts you in a mood that removes all distractions from around you. All you want to do is take it all in. #ToGrammy

ksimpson - I love this album

My wife and I love this album. Congratulations on a job well done 👍🏽🎶✅🎶

Yo Kartel show me another part a him. His lyrics are touching. N I can relate to the whole album, best 10.00 I spent since 2020

Really good album. This was unexpected to see a man expressing full emotions 🔥🔥🔥🔥

Fuljoy the album in its entirety!!!

This album give me a different feeling

Shakespeare 2020 Vybz kartel is the goat no debate

This deserves a Grammy!

He can dominate any Genre of music.

This is by far the best I have ever seen from any Caribbean artist. And not only that, the only artist in the history of music to pull this off from inside a cell.... #freevybz 🤕

Yuh put me heart Pon a rocket to the MOON !!

Well put together my G🌎🇨🇦

Can always come back to this and feel my feelings

Oh my God only vybz Kartel can do this

Vybz is di G.O.A.T. Breaking all the chains and the shackles and every barrier whether physically or mentally. One of his best art work the album is great well put together

up to the time - Crème de la Crème

VYBZ KARTEL IS THE GREATEST ARTIST OF ALL TIMES

New style of the Worl Boss

Is the best to ever do this Genre of music

Vybz Kartel you’re the king...waiting for your freedom so you can come to AFRICA much blessings 🙏🏾🔥🔥🔥

One of the best dancehall albums period!!!!

Vybz Kartel have proven with this album why he is widely regarded as the King of the dancehall.. showing off his versatility nature by delivering a HIT Hip Hop/ R&B EP.

@TheRealNubian2 @Josephine_KK I think they literally meant Tonesha-I can’t remember her @...which is insane if that…

To Tanesha is still below this. Just to be clear.

@annrenee876 Thanks Tanesha! Good to hear you 🌻

@da_packofKardzZ Dons and divas and to tanesha yah talk?

Your willingness to serve others is greatly appreciated. Take ... More for Aquarius

Your willingness to serve others is greatly appreciated. Take ... More for Aquarius 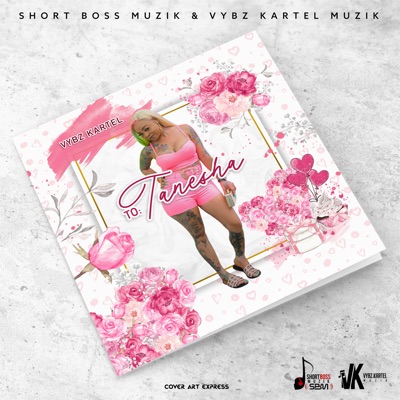