What do you think JACKBOYS album? Can you share your thoughts and listen experiences with other peoples?

MaskedFax - let’s get the jack boys somewhere they deserve it

It’s fine I guess. I only really like Gang Gang and Out West. It’s just disappointing knowing that Travis was always the goat of trap and now it’s just going downhill. I don’t really get it. Cmon Travis I KNOW you have the potential to wow us all :(

Nothing crazy but I did like GANG GANG AND OUT WEST.

Literally everyone badly reviewing this album still buy’s his joints y’all some lames and fake fans.

puff_greenie - Not his best but much respect ✊

I’m a huge fan of Travis Scott been here since owl pharaoh and this may not be his greatest work but this project wasn’t about him. Take Pop Smoke R.I.P 🙏 and Don Toliver for example this was Travis introducing Smoke and Don to a new platform and fan base putting them on the map essentially. Fortunately I’ve heard some of The Dons music and he’s got his own unique style witch is also the case with Smoke and unsurprisingly Travis. People need to realize that just because the intoned artists did put 100% on himself he definitely put 100% on Smoke and The Don pop smokes song Dior has been trending along with out west via this project. If your still reading this I was very high and inspired while writing this add the insta:@puff_greenie Snap:smelter_j 🌵🎢🎡

Had enough and what to do are fire

Rosalia ruined the highest in the room remix, the intro was a waste of space and what to do should have not had the one minute of instrumental at the end. the good side is I came for Travis I stayed for don Toliver

Amazing how he made Gatti his song. His sound is all over it. RIP 🙏

Overall through the first listen I didn’t like the album but it took time and it grew on me. Only thing that bothers me is that I feel robbed because we only got 7 tracks

The song “OUT WEST” is so gay. Horrible album.

Give it a couple of listen throughs before fully judging it

JairGuadarrama_ - Too divine for dummies to understand 🔥🔥🔥

If you’re not from Houston you wouldn’t understand, that’s all ima say. (Everyone who rated 1 star is a lame [Facts])

Your went from astroworld to this? Come on travis Ik you got better than this

We can not let this Hot Garbo continue! Does anyone EVER listen to lyrics???

Worldwide_hip_hop - Banger of an album

This is a trap banger, Definitely buy this if you wanna just have fun, the production on this album is crazy, and everything good as far as trap goes, however the opening track isn’t really good but the rest is fine, the album is pretty much carried by Travis Scott & Don Toliver but hey, it’s still a great project, definitely worth a listen

It has its purpose 🔥😎

Don carried this album, only reason it’s somewhat decent is because his vocals and flow🤧

It’s good, however it should’ve been longer (like it was leaked)

Dumbing down the nation, one track at a time.

This album is so goat!

yyyyyyooggj - Highest in the room

Highest In The Room and Gang Gang

Music these days is just being stupid drunk or drunk and saying whatever that comes to mind and covering it with shut loads of auto tune.

A couple decent songs and that’s being generous

If u dont like this album then u a fake fan

All tracks are fire, had enough slaps!

y'all cappin. this album is slight asl. definitely bump this in the whip

brandinator64 - An insult to Travis

Cmon man. You’re doing my mans wrong with this one. Show some respect for the goat of trap.

Was hoping for something better

An amazing pack. 2 more to go.

This guy only put 7 tracks, 3 of them were not good including highest in the room remix, had enough, and out west... even though 2 of the tracks are not from trav, I’m disappointed that he let the tracks through onto the album....other than that I’m expecting a good QUALITY album from Travis himself topping ASTROWORLD

Some tracks are decent but most are great. Travis delivers on every track as expected, same goes for don

too good from laflame and gang.

I think this is a great EP. Starting from track 1- Highest in the room remix, I think this remix is better than the original song. Track 2- JACKBOYS, it is a interlude so it’s not a full song but it is a good transition between songs. Track 3- Gang Gang, one of Sheck Wes best songs, all he was known for is the hit song mo Bamba but this adds another hit to his collection of hits, Track 4- Had enough, Don Tolivers is amazing in this song and Quavo and offset are nice additions to it. Track 5- Out west, In my opinion young thugs best song, if you can ignore the TikTok spam then it is easily one of the best songs on the album. Track 6- what to do, another song with Don Toliver where he leads the song to make it as good as it is. Track 7- Gatti, This is easily my favourite track and favourite song at the moment Pop Smoke is my favourite artist and this is one of his best songs Thanks for reading

Decent but the last song is dreadful

A curated blend of hip hop, production and trap from Cactus Jack 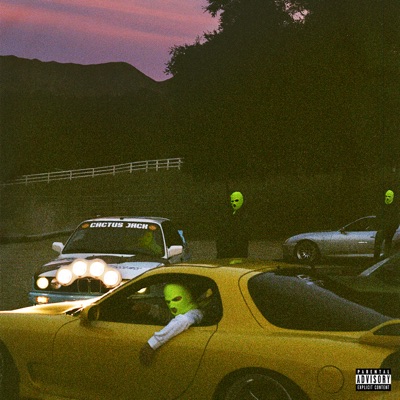