About After Hours by The Weeknd Album

After Hours (The Weeknd) Album Songs

The Weeknd - After Hours Album Comments

What do you think After Hours album? Can you share your thoughts and listen experiences with other peoples?

After Hours [The Weeknd] Album Reviews

This album is 🔥! He is still continuing doing his work for music and this album is by far is his best work so far. All the songs are pretty good. I can’t wait to listen to more of his songs good job Abel. Keep it up!!

Look we should all agree that this is good

marshmellow walker - I LOVE IT

RewasGautam - The Best of Abel in recent years !

You probably have a bad voice if you hate this :p

Such a good song!! They should put this in stranger things

I’m not a weekend fan and ❤️ In your Eyes, Blinding Lights, Heartless ❤️❤️❤️

I love all the songs. Specially in your eyes, such cool music. Well done XO

Horrible not the same weekend album

I love the song in your eyes

A BANGER as expected!

1. Alone Again: Good. It has a nice bass to it. 2. Too Late: A great track. Synths are very eerie and ambient. 3. Hardest To Love: It feels a little to much like Scared To Live, but still good, just not as good as Scared To Live. 4. Scared To Live: A very nice track. Abel’s vocals on here stand out 5. Snowchild: Not the best, probably my least favorite. Abel’s vocals on here don’t sound that good 6. Escape From L.A: Good, but kind of forgettable. 7. Heartless: Good. Eerie instrumental. 8. Faith: Please release this as a single 9. Blinding Lights: Great. It’s very energetic 10. In Your Eyes: Amazing saxophone. 11. Save Your Tears: It’s good. 12. Repeat After Me (Interlude): Forgettable. 13. After Hours (The Title Track): Good 14. Until I Bleed Out: Eerie closer Score: 8/10

I might as well give the clean version a 5 too

I can’t wait for his concert in Tulsa! I am going with a couple of my friends from my school can’t wait!

i ain't even heard 11 of the songs on this album but it's an instant classic already, put it in the MOMA

THE VOLTRON . - THANK YOU BRO

👑 Aly - Thank you for the clean version. Blinding 💡 is my favorite song

Because we know you legend ❤️ love ya bruhhh #theweeknd so far best album of the year you cure the corona with masterpiece.

Just what I was waiting for!

This mans whole discography is amazing, every single song has something you can take from it sonically, lyrics always fire, and he has a good ear for production and composition along with his team!

listened to The Weeknd back in 2011, I have waited for so long for him to release a fresh album.

I actually don’t have a problem with the album cover It’s actually kinda cool 😎 The music is pretty good, but kinda all sounds the same If it’s not appropriate for children, then don’t show it to them! It’s not like it’s gonna be put on the kids channels for there leisure viewing! Also, children shouldn’t be listening to this! It’s all explicit(almost) and any reasonable parent would not let them listen to this! If you have a problem with it, then don’t listen to it!

All these reviews commenting about the album cover like nobody asked and why do u care not like your gonna wear it on you shirt. It’s the musicians choice and he’s allowed to do what he/her desires. ok Karen’s don’t yell at me here 0.0

Well done the weeknd you have done well.

This album is probably the best he's done

At the time of writing this review, Abel has released three tracks and so far each track has been great.

I ordered some reading material. I figure after binge watching hours of free lectures from @jordanbpeterson it was the least I could do. May review it... may not. If it helps, I probably will. If not, I'll roll joints with the paper. .

@rapisfunn After hours because of the title track..

How is Jennifers hands not all wrinkly after shes been swimmimg in a pool for 3 hours .

Checking in on @ProducerSpenc... how you doing after the last 7 hours bud?.

@gee_shenka @Sauda_Fathiyya They said we'll hear from them after 48 hours.

@fireheartmar I dnf’d after he tied her up and left her for hours. Nico and Elena are everything to me 😭😭.

Finest example was being unable to complete one (1) portion of one hw assignment bc I couldn’t understand it, couldn’t find help online after hours of looking, and was promptly sent to what is essentially lunch detention to do the homework I still did not understand, epic win.

I'm finally back at my apartment after being up for 28 straight hours and driving the last 7, excited to be back with my dual pc so I can stream not at the detriment of my fps, so expect some ranked streams this week, but not every day since my term starts tomorrow as well :(.

After Hours or Afterhours may refer to: 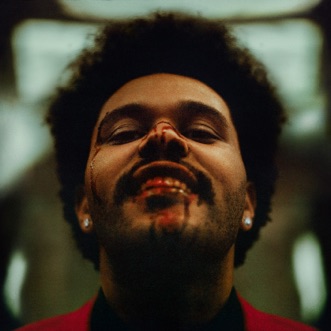