About BLAME IT ON BABY by DaBaby Album

DaBaby - BLAME IT ON BABY album info will be updated!

What do you think BLAME IT ON BABY album? Can you share your thoughts and listen experiences with other peoples?

星巴克姑娘 - Only one was good was "ROCKSTAR"

I think this guy has talent but just really don't put it into his songs and albums, yall haters stop being toxic, sure this album is bad, but when he drops a sexy album yall like dropping your knickers and undies and going crazy. This album overall wasn't good, except rockstar.

The only to good songs r rockstar and can’t stop

It’s party rap not meant to be analyzed

I think this song is sooooooooooooooooo trash that I think it should be call Dana by is trash song. That’s what I have to say about this ugly trash garbage song.

When is Eminem gonna diss this winey baby

Literally only one song. He’s a good artist but this isn’t where his fame came from.

Im ur dad (obviously) - if you are a true dababy fan, you see his true growth

yes, nasty is not a great song but this is a masterpiece. a lot of growth, some flow switches, and a very solid singing voice for a guy who is known for his amazing rapping voice, which he also shows. awesome album overall.

yo why u guys hating on him it’s lit

Bland and basically the same lyrics over and over again. Nothing original

Stupid Tik Tok ruined this song for me

Hamwhipper - Ain't got no edge

Straight mediocre. It's not awful but the fact that it's not good either just makes it forgettable. Yawn.

It all sounds the same... Experiment with different sounds

Every song on this album almost sounds the same

nunyoubuissness🙂😂 - To me it’s fine

Jakobe James - THEY CAINT STOP ME EITHER DABABY

Ok so is anyone gonna talk about how there’s a clean version of this song and also that this is an awesome TikTok song ?

Contributes nothing to society, go stream real albums, whether it’s actual rap//hip hop or whether it’s grunge, metal, anything but this. There is no emotion to it, sounds like nothing more than a corporate sell out attempt at making a hit song that sounds the exact same as every other popular rap “song”

IVOICEMYOPINION - Not worth your time

The only good song is rockstar.

I LOVE rockstar and the rest of the album 😄😄

So much haters this song is🔥

What is this garbage? Honestly this song flat out stinks. It has zero melody and zero chorus. A toddler could make a better song pounding on a Casio keyboard

I mean, bruh. Come on man. Have a little bit more creativity. But to all the people who are actually being mean for these reviews... we may not all like the same music but you don’t have to be a dick head about it.

Im not gonna lie his sound and flow getting played out and boring I don’t think I’m a fan anymore. 😔

Idk why this is popular

chage me - Good only rockstar

Roxborough is the best song by DaBaby

I do not really like DaBaby’s style but, I like all don’t hate any of these songs so it’s ok. I also like the BLAME IT ON BABY song because the producer mixed three different beats and that asks a lot of talent.

mtl mat - This is fire

gdjhchd - His best album so far

free man to the limet - Why Apple

I've always loved Dababy's music but this one is the best yet!

Ew this is horrific

Let’s say the n word a thousand times and use piss poor lyrics over a generic beat ... can’t even rap without sounding like you swallowed a vocoder. Trash

Offensive use of the ‘n’ word and AutoTune doing the bulk of the singing... yet this is what passes as music these days? I’d rather listen to some talentless prats on Z Factor 😂

Black people talking is not music

It is shocking that people call this music.

It’s an a. Amazing song yes I love this song

bast im - The Best is here

I like this album, it’s not groundbreaking by any means but decent enough.

I mean look how man is dressed on the front cover... the album is rubbish same crap your all chatting. 💩

Beavisbonce - If this is music

Kill me now I’ve had enough.

Really great album lives up to the first two

I was really excited when I saw this album had been released. I’m a big fan of DaBaby and I am only 10. It is really good. Definitely worth the buy.

@sunflowerIouu @91COPIED 🎶BABY COME BACK🗣 YOU CAN BLAME IT ALL ON MEEEE🗣.

BABY COME BACK! YOU CAN BLAME IT ALL ON ME!.

I’ve got a lot of question... 1. Single is May? 2. Engaged in June? 3. Baby in December? Wow! Even a goat would need more time to go through all these phases. Also, whether this is the truth or not, Blame it on desperation. 30yrs isn’t a deadline or date of expiry for women. .

@CarlyRaeFlacco @CTowersCBS Want the baby wipes with your bubble bath? The Blame and Excuses Kit comes with it. It also includes a complimentary book on Personal Accountability. .

I think I’m in love & that’s the truth baby but blame it on the drugs cause it ain’t you baby 😩.

Blame it on my juice baby.

@kennedyp493 @TheRapTakes They arent the weakest link. She simply CHOSE the weakest link to father a baby with. Sometimes partial blame needs to be on us. They planned that baby and both wanted it. Im refusing to believe shes just starting to see this behaviour now from him..

BLAME IT ON BABY Wiki 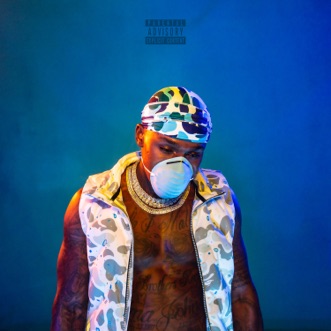 BLAME IT ON BABY Album Credits

BLAME IT ON BABY Similar Albums