About Goldmine by Gabby Barrett Album

What do you think Goldmine album? Can you share your thoughts and listen experiences with other peoples?

Gabby really has come a long way!!! From American idol to now!!! 🔥

Every song on this album is great!

People are saying she’s a Trump supporter, I’m a Biden supporter. Jesus did his thing and Biden won! 🙏✝️ She definitely screams at parts which are hard to listen to. For anyone thinking she has a nasally voice, it’s just her southern accent (i think). Edit: Turns out she is a Trump supporter. SAD 😞 no longer a fan

Charlie puth makes it 5 times better i love this song

I love all of these songs! Great job Gabby! You were my absolute favorite on American idol. You have a God given talent and you have inspired me so much. I hear “I hope” and “the good ones” on 97.5 wamz. I hope that more songs from this album will play very soon. I will forever be your biggest fan. ❤️

I am so over hearing this song! It’s been pushed down our throats for a year and a half now! So much marketing and pushing of Gabby. There are so many other artists that deserve to be heard that I’d rather listen to TBH.

I usually don’t give 5s but I’m doing it because you don’t have to skip half of the songs to find a good one and I want say that who cares if she was a Trump supporter. That does not mean she has bad music so stop saying that.

Her music is horrible & she’s a racist.

Not a bad song on this album which is rare. I found I can listen to this without skipping a song or three which is rare today.

girl ive seen it all - flop

# biggest meghan fan ever - Love it

The whole album is so amazing! One of my personal Faviorte’s is I hope. Overall I love this album is so good and I love u gabby Barrett

It’s all about the song and then it’s about cheating! You’re just having a nice time and then you think about cheating when she says then I hope she cheats.

I love the version with Charlie Puth, it makes this an awesome song! The others in this album could have some improvements, though.

So I think she has some really good songs on here like I hope, Jesus and my mama, rose needs a jack, footprints on the moon, etc... I just feel like over half the songs have the same message of how in love with Cade she is(not a bad bad thing—just predictable... )maybe just diversify a little more in the future... maybe write about acceptance or small town USA or your relationship with your dad or overcoming mental health or the good times or a weekend barbecue or something other than how great your guy is lol

Idk what it is, there's just something off about her voice

I listen to this song sometimes because I like how it sounds. But the message of the lyrics? Very questionable.

Nah! ...The same reason I didn’t care for Gabby on Idol is evident here: obnoxious nasally voice trying to belt like Carrie Underwood. Though “I Hope” is a good song, the incredibly overexposed Charlie Puth has to come along and ruin it. Save your money and just steam it for free on Spotify!!

I like, but sounds familiar. I think carrie beat her to this beat and story.

izz@tennor - OMG I LOVE THIS SONG

Does Charlie have to be included in everything? He’s problematic and his voice bores me.

Great song, had to purchase it after hearing it on Klove! ❤️

Me and my mom listen to this all the time

Considering she released some of these song’s already as singles separate from the album, it makes me think she’s just doing that for extra money. Just release the album a few songs at a time if you want to prove me wrong. And unpopular opinion, but “I Hope” with Charlie Puth is terrible. I’m a big fan of Puth, but he makes it sound so much worse.

I love this and that she features Charlie, but she seems like a generic Carrie Underwood

“I Hope” is too similar to Carrie Underwood’s “Before He Cheats”. I wish new artists would stop recycling old ideas and melodies.

This album exemplifies the great voice gabby has. In most recent years contestants from reality shows haven’t made it big. It’s obvious to me and many others that gabby is now a household name. Props to you gabby.

American Idol still brings about stars! The Good Ones is an amazing song!

Expected much more gabby and not screaming like C. Underwood :/

it be a directioner - I LOVE I HOPE

OK SO I ABSOLUTELY LOVE “I HOPE” FEATURING CHARLIE PUTH!!!! ME AND MY FRIEND SING THAT SONG ALL THE TIME! GABBY YOU GOT AND AWESOME VOICE! DON’T LISTEN TO THE HATERS!! KK BYE NOW!!

Such a great first album! Was lucky enough to see her as Kane Brown’s opening act back in January. Wish I was able to see her at stagecoach, would’ve loved to hear her live again!

I know I Hope, Good Ones, and Hall of Fame like the back of my hand. I was very excited to hear these new songs and loved them when they came out. I would have to say I’ve been listening to Thank God the most ! Great music love her !!!

My favorite song is “Got Me” soooo good, love “footprints on the moon”too ❤️

This entire album is amazing! I love her!

Gabby really puts her heart and soul into this album. All her songs are great. Love I Hope, The Good Ones, and Foot Prints on the Moon. Gabby is going to be the Next Carrie Underwood.

I only downloaded I Hope, and love her voice. Started checking out the rest of the album. Bought the whole thing. She makes me want to sing! Hope to hear more from her. Ignore the haters! Too many people have no balls and hide behind their avatar.

Get your own style , don’t be a Carrie Underwood Wannabe .

Go to the pop genre where you belong. You are ruining country radio.

One of the best albums I've heard in a long time

Gabby Barrett is very talented! Her album is so Amazing! I can't wait to see what God has in store for her! She is an incredible artist!

I love you music!!!!you’re sooo good at singing and really pretty. 😁 Your songs have so much enthusiasm and they‘ve got a really good beat to them. Can’t wait for your next albums😜 I loved all the songs except Charlie Puth didn’t sound that great but overall it’s a great album, and dude you can shut the hell up she’s amazing bro.

therhinestonecowgirl - Awful, will be forgotten about by next week

Get out of the country genre if you’re not going to actually sing country. Also, she sings out of her nose way too much and sounds super nasally. I’m good, thanks...next?

The comments under this tweet are a fucking goldmine .

@ShermCohen haha, coincidentally it was your blog i ripped this from!! you've got an absolute goldmine of comics! thank you so much, i'll be sure to check these out!!.

@rbarris @FiscalSuspicion @JDJD2814 If I had the motivation, I'd research some escrow service for private bets. I suspect there would be a goldmine of true believers out there in Parler-land. (but only for one more day, probably).

@CosmicCocoa2 Boy do I have a goldmine for YOU, my friend ;3.

@_JoeSeppi @TeeOhEmm It’s dumb but it’s actually fucking cool. Sports can do anything due to this & some of these ideas are gold. That’s a GOLDMINE right there. Hey Joe, love your Twitter just thought I should say that again..

@june_mummery @mrjamesob @VictoriaPrentis @DavidGHFrost @BorisJohnson @MPGeorgeEustice But you did sell Brexit as being some sort of goldmine for the industry without being sure of how it would work out. How many billions was it supposed to add again? And how much has it actually cost your industry instead?.

@GaynorBoughey1 Everything is free for these ppl...that’s why they keep coming. Britain’s a goldmine. 4 family allowances and can’t afford a laptop. These reporters are either blind, thick or complicit in the scam.. 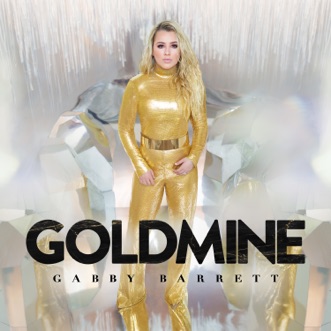