About THE GOAT by Polo G Album

What do you think THE GOAT album? Can you share your thoughts and listen experiences with other peoples?

Kid needs to switch the flow

young coopa - This man truly is the GOAT

He is so good

Flex and 21 are fire

One of the best of this generation

The production is terrible and all the songs sound the same.. kid is overrated he’s not even good.

the eye opener - So attached to that album

The best rapper out there

The album title does not disappoint. Polo shows off his lyrical prowess and matches with his masterful flow. Album of the year.

Not bad, none of the songs wowed me, but I think for a rap fan at least half of these should be on repeat, no anthems tho

Might end up knocking someone out of my top 5

The wrld of juice - Fire album

Awesome Album. Polo G never disappoints. Whenever I listen to his music it hits me hard because I understand what his color has gone through during the years and how when he grew up he faced troubles and hardships. If he keeps it up he could be the G.O.A.T. Favorite songs: DND, 33, Flex, Go Stupid, 21, and Be something. Keep it up Polo!

Downloaded the first few songs just to give it a listen, ended up purchasing the whole album because I always try to support talent. Polo G is definitely talented and versatile. He has a sound that appeals to mainstream ears but lyrical ability on par with lyrical rappers like Joyner. Not sure why he isn’t talked about more in the hip hop community.

Gb by 16 - Fire. Bet than any other trash that’s been out this year.

The people that hate on Polo G are the same ones that do nothing but listen to lil baby 24/7 and sings along to lyrics about how much money you have and how many girls you bang while living with your parents. Do yourselves a favor and stop lining people’s pockets you don’t even relate to just to try to be cool. This album is relatable. It’s about overcoming mental and physical adversities and being pushed to the brink of snapping. Don’t expect me to listen to the same 4 Lil Baby songs you all wanna play if you ain’t bout to show no love to real hip hop when it comes.

this album is the best 🔥

This the best album ever

He is so slept on but that doesn't stop him from making AMAZING MUSIC. I. Love. Polo G.

scarfacempire - This is a prank right?????

He went 2/2 on no skip albums it’s just crazy. The lyrics hit deep down and mean a lot. If you really hating on this album I bet you just can’t relate to what he’s sayin

Polo hasn’t made 1 bad song yet

Absolutely 🔥. Every song hits, no skips. Polo has been inspirational to me since his beginning. This is his best project yet. 10/10

Straight banger!!!! Every track bopes, idk many albums that are this good

Free Mixtape on iTunes for sale? Are you Kiddin’ Me.

One of the best albums I have ever heard.

james mikey 23 - God of rappers this day, especially the last song in album.

So great artist. If you had to say how great Polo G is, well he is the Eminem of rap but in hip hop. Every artist is different like : Lil Tjay, or Lil Skies or Even lil Mosley. He is the best of all. So much deep lyrics. I am starting a new goal for 2020 Covid 19 qurinte is: I’m buying one album from every hip hop/Rappers/ pop artists. So far have bought 230 songs from 8 different artists. This album probably the top one. Get this album. Won’t hate it.

Honestly the best rapper out there, all his lyrics hit deep and actual mean something. GOAT

Alloajdvdjd - I'm in love with that album!

So good! I listen to it all day! And i love it!

Here with the block - Goat

He has no bad songs! He the goat fr.

I hate light in the box - Amazing

9.3/10 Story Telling is out of the world and top 5 albums this year, Polo next to blow

You enjoy getting pegged - Class

This keeps me from jumping into the Thames

One of the realist Artists from our generation ☔️.

Did I just witness the so called “goat” air ball a free throw?!?! @bryc3ol3ary MJ IS THE REAL GOAT.

@MunchTVx Calling himself the goat lmao.

Luka still the goat but he looks out of shape.

Is Chappelle the GOOT too or is that redundant. #GreatestOfOurTime P.S. I don't think he's passed Carlin yet for GOAT. #17Specials #PatriceAgreed.

@TheNBACentral this is why he’s the goat. 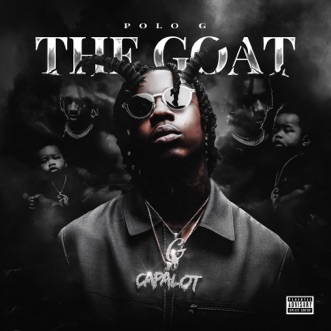