What do you think 6-Pack - EP album? Can you share your thoughts and listen experiences with other peoples?

fkdjnffj - I love my country

I am in love with this album. These songs take me back to their first album and the party boys we were first introduced to but we are given a little bit of their family side that we have come to know through their newest albums. Beer:30 and Ain’t Worried Bout It are definitely party songs while U.S. Stronger and I Love My Country are songs about loving a country and coming together to get through a tough time. If you love FGL then you will love this album. It is all the vives from all of their albums rolled into 6 songs

I promise I’m a BIG FGL FAN... I love their music, but “I Love My Country” very well may be one of the worst songs I’ve ever heard. Truly terrible. FGL needs to record more songs like “Second Guessing”, because that’s a jam!

Decent Not Hot Album...iTunes is Too Expensive Now - Trash

Nothing like hearing rich white men tell me there’s nothing for America to apologize for. Congratulations on making your country lyrics as stupid as rap.

Catsaregbetterthandogs - Whatever Happened to Anything Goes and Here's To The Good Times?

I'm a die-heart FGL fan, but ever since Dig Your Roots, I felt like they slipped a little. Can't Say I Ain't Country was good, but it didn't have those good This is How We Roll vibes. I though the next album would be better, but then we get 6-Pack and Beer:30. Beer:30: awful! I Love My Country: Terrible! Countryside: make's me want to puke! FGL sings about trucks and girls. Also, there really isn't a chorus like how they used to do it. Overall, FGL, and I think we can all agree on this, 6-Pack is not a good album. You made it too short, you don't sound like you used to, and you have to go back to pop and girls plz! We need the prime FGL back! Update- okay, it's not as bad as I said it was. It's not as good as Anything Goes and Here's To the Good Times, but it's not as bad as I said it was.

That was FGL's time. We had jacked up diesels. Girls were "country" because they were hot and wore tiny shorts and cowboy boots. Now they are fat and since married and divorced. The trucks are gone and those woman are too. FGL were the Hinder, Nickleback, and Buck Cherry of 2012. The ride is over guys.

I don’t know why so many people are hating on this EP. It’s actually really good!

Their music is trash. This album is trash.

I love the music FGL puts out, I was a huge fan of their last album Can’t say I ain’t country even though it strayed away from their classic party vibe. But so far this EP is looking like a let down, admittedly the only decent piece on this project thus far is I love my country. If that’s the peak of the album it’s pretty disappointing. Countryside is alright but it goes downhill from there, and Beer:30 is absolutely the worst song on the track list as of now. Not what I expected from FGL, pretty disappointed.

Just not feeling this l. Absolutely love FGL but this doesn’t seem like them I hope they go back and rethink this new music and write something better similar to there first 2 albums

My ears are bleeding.

I love FGL but idk, they don’t make music like they used to. We go from cruise to beer:30?? Like what?

This album and band is no good. They don’t make country music they make pop music. Never heard a “country” artist sing about their Jordan’s before until them.

This band made me like country but what the hell happened. The old releases every song I could connect to I would play it for months to work and back now I want to just go back to metal music

These guys started off great. Lately their songs are meh. I like US Stronger and Second Guessing but that’s about it.

Do better with the lyrics

no nickname needed to express - 🤮

Go away already - time to spit out the bubblegum- it’s flavorless already.

V lack and not good

I’ve always thought they were hit and miss at best but this e.p. Is absolute garbage. I’m glad there are people in this world who enjoy tasteless bull like these songs. Beer 30 is so stupid. Whoever they talked in to producing this garbage must have asked for good chunk of change cause 💩👎 - This is worse than the new Luke Bryan stuff and I didn’t think that was possible!

Music like this has been dead a long time ago. These guys are so irrelevant.

I’ll listen to this if it comes on in the car but not going out of my way for it. They lost a step since the Anything Goes album.

Love all the songs on this album a.k.a. six pack EP

Like so much of today’s pop country, just very watered down and tasteless. Are there any pop country songs nowadays that don’t contain lyrics about drinking cold ones and riding pickup trucks??

chinchillaboy99 - I hate it so much

Really theme is beer gosh I hate it. I hate them... I can’t it’s bad they’ve hit rock bottom

You guys will always be my fav country artists ever. But this new sound you guys are trying to do it’s not working. You’ve got a couple good ones but if you’re gonna come out with a full album sometime soon (everyone will agree with me here) I need y’all to bring back the “Here’s to the good times” and the “anything goes” album sound. God Bless

this is straight up GARBAGE!!!!!!!!!! i dunno why i get my hopes up when i see they released new music. TRASH

This is a joke right

I was excited at first and then listened. WTH! "Drink a beer out the can, liquor out the bottle. How the good Lord intended it, yes he did." Terrible "I Love My Country" lyrics. I'll pass....

Hunter_Queen - Wasn’t what I expected

I had higher hopes after the last album “Can’t say I ain’t Country” the songs aren’t absolute trash but they aren’t my favorite... their other albums are much better

Aw, come on crountry fans get a life!

is you for real - Guuurl what in the alabama is this

Stop trying to take Yee Yee away from Granger Smith!!! It belongs to Granger Smith, not you!! FGL are city boys!

Not sure why everyone is hating on it. Beer30 is a great start the weekend song!! Also love US Stronger!

I liked the first two or three albums from FGL. Dirt is one of my favorite country songs. Their work has gone steadily downhill over the past few years, and this drivel is just the latest proof.

If You Don’t like Florida Georgia Line then leave them alone. They make more Hits Than All of Us Combined🙏🏽💯🔥Vibesssss

If a country band uses programmed drums, find another band. Stop selling out to the Nashville machine and go back to playing music. I'm sure the young kids will love it but its not worth the money.

How can people listen to FGL's music?!?!?!?! It's so awful. Stupid lyircs, bad singing. Some of the worst country music has to offer.

I love My Country and Beer:30 are Masterpieces. What an EP, like WoW 😳, I am Speechless 😶. Rocking on With the Amazing and Spectacular FGL 😍❤️

Squirrel7777 - Not worth downloading IMO

I'm not sure if it's just me, but it feels they drove off a cliff. Their music used to be so good, quite disappointed with their new EP.

I love ALL of Florida Georgia Lines songs. This will be great to add to my collective/FGL fan shrine! 😎😁

I like the songs why not Australia, we love American music

why are australians buying this? it’s basically american propaganda, especially considering what’s going on in the USA right now

@calvinojames @coeshmoe @gaylunchable See I was maybe 2 when Ep.6 came out and the onslaught of original trilogy SW…

@StoicMoonbeam: Chinese censorship: if you can queer-code a drama, you can werewolf-code a drama. 😂 (Omg I just realized that... this…

@StoicMoonbeam: Chinese censorship: if you can queer-code a drama, you can werewolf-code a drama. 😂 (Omg I just realized that... this…

Chinese censorship: if you can queer-code a drama, you can werewolf-code a drama. 😂 (Omg I just realized that...…

@WhyNotMikeyP I heard the "6 Pack" EP - thought that was pretty solid, couple joints I still bump off that. Didn't… 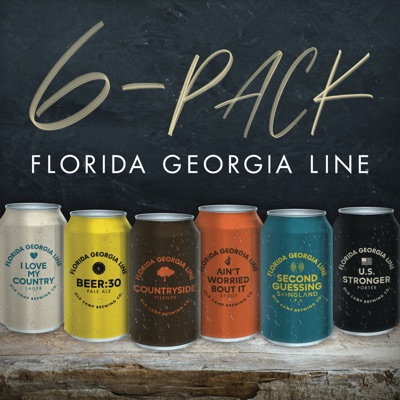