What do you think NOW That's What I Call Music Country 13 album? Can you share your thoughts and listen experiences with other peoples?

I love this is song, and Luke Combs is sexy! Forever will be a fan!

Afj99 - Not representative of country music

While it is a descent album, only 1/4 of the songs are sung by women. Four out of 20 isn't representative of country music imo. I'm not saying it should be all women, just maybe closer to 50/50.

Try Now that’s what I call 90s country! Wayyyy better! These are all of the played out country-pop songs now. I miss the 90s

I love country even tho i was born with other genres, My favorite song it the bones, It’s my opinion THANK YOU FOR THE ALBUM

very amazing fr!!! love em all! ❤️ and for those od you sayin their not country, you’re wrong. they have back stories for these songs.

Only Jon Pardi and Parker McCollum are country

really good set of songs of all the best country songs

This is dumb stupid and dumb. I can’t believe people like this crap!

Feminizing! Feminization! We need the female artists to be in it! Miranda Lambert! Kelsey Ballerini! Ashley McBryde (whoever that is)! Tanya Tucker! Other female country artists! Whenever I’m listening to my radio on my CD player I’m always so disappointed at the number of males on this and once every hour or so “hey Carrie Underwood!”

wanting a credit - now that's what i call music country 13

This can not be played on my iphone 11 for some reason. I purchased it but can not listen. not the albums fault just a glitch. feel like apple stole from me.

Love this album so much I bought four of the artists full albums! Love these, now that’s what I call music/country albums.

2/3 of these are poor pop songs and just claim to be “country.”

All these poor excuses for country music sound the same.

Country isn’t music. This album is a joke.

bingewatcher4life - What about George Strait?

What about George Strait?

While it’s a pretty good album I do wish more women where included on it, it was definitely worth the wait. I quibble that to a t is on it, it wasn’t a big hit. I’m glad that it has some what’s next artists, I just wish Gabby Barrett was part of it.

Left out some of the best songs of the year. 20 songs but only 4 songs by country women. Left out hit tunes by Kelsey Ballerini, Jana Kramer, Ashley McBryde, Miranda Lambert, Dixie Chicks ... 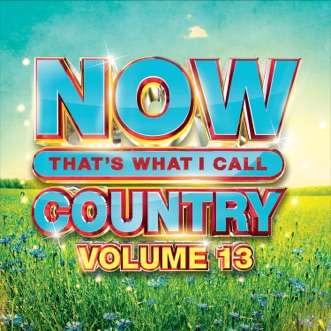