About High Off Life by Future Album

High Off Life is the eighth studio album by the American rapper Future, scheduled to be released on May 15, 2020, by Freebandz and Epic Records. The album features guest appearances by DaBaby, Drake, Lil Uzi Vert, Travis Scott, and Young Thug, among others. It follows the release of Future's 2019 EP Save Me, and studio album The Wizrd, released earlier in 2019.

What do you think High Off Life album? Can you share your thoughts and listen experiences with other peoples?

There’s some songs with personality on here, but the majority of them sound very generic and similar For typical standards it’s not great, but for future standards it’s actually some of his best stuff

This sounds like..."my last release was a bust let me get something out there."??? Pretty bland.

Man I’m a fan this album is something to ride on.🔥🔥Hater is gonna hate.

Hardest album out no cap. (I can guarantee you I’m the 1 they got their style from) facts future the hip hop baby daddy to all these lil nigas his children on this cd, but only Thug & Lil Uzi keep it real and pay respect.

f o xroxrjoxomrjojomjrxomjxr - Why are people saying this guy is a Goat?

kailobrewer - The album was amazing Grow UP

To all yall complaining yall probably old af. This album is meaningful to alot of people face it hip hop not going back to that old af style you used to. Everything evolves and changes and if you got a problem with that keep it to yourself or just stop listening to music because to us its getting better and better but yall 80s and 90s babies complain about everything GROW UP

If you don’t write anything less than 5 stars then you have trash tastes. Future puts meaningful lyrics into almost all his songs, witch you could see if you listened to even one song. Keep it up future your doing great!🔥🔥🔥🔥

One of the best albums out there 🤙

Money,Girls,Crime,and drugs. Way too much autotune. Need I say more

Who listens to this? The trash can.

His whole career is autotune, drugs and money. Nothing new and no talent. This passes for today's music...

Hip hop is dead 💀 with all these rappers sound alike! The worst ever these days and future.... this is garbage! Throw it away where it belongs 💩💩💩💩 toilet 🚽

It all sounds the same

I don’t understand how anybody can listen to this mumble garbage if you wanna listen to some real rap listen to Eminem & Dr. Dre

The most generic thing I have ever experienced. And not only in music.

Same generic trash like before. This guy has always been wack.

This alright but it ain’t that new DJ Teeth.

Best summer album of the year

If you listen to this and enjoy it, you probably couldnt pass a 3rd grade reading or spelling test. You probably also have a lengthy criminal history, are on welfare but buy Gucci instead of food for your kids. Your kids probably all have different fathers. Funny how much you can tell by the trash people listen to.

Tired of this lazy mumble rap 💩🤮

HE GETS BETTER IN BETTER WITH TIME!!

Keep It Up Bra

Auto tune and every track sounds exactly the same. What happened to good hip hop??

Maybe his best album yet

Future is only good for beats and timed lyrics that get those who follow his words motivation. He’s in his cage and there is growth in diversity in his future. Ironically. But he’s good at what he does.

This song makes me do the billy bounce

Sir T. Urd Blossom - Future is stuck in the past

One of his best Projects to date

Nashminator - Does he ever miss ?

I’m gonna enjoy this one.

Majority of the songs are playlist worthy, a bit of filler prevents this from being a perfect album, still an 8/10 trap album.

Already a classic (for the ones in the back!!!!)

Between the age of 20-30, you shouldn’t allow any form of toxicity, red flags, elements to weight you down. Ident…

@bryttan77: @Letsfixit2019 Lmao thats so true. And every mask wearing liberal i've mentioned that to has either blocked me, disappeared…

@theothercyprian @CharriseLane You are the problem. All problems are externalized. It is everyone else’s fault. The…

@delsuite: I wonder how trump supporters will feel when they find out that he has never paid any taxes and has run all his businesses at…

@delsuite: I wonder how trump supporters will feel when they find out that he has never paid any taxes and has run all his businesses at…

@kKurtJohnson: @CityKid_2100 @XXL You tweaking high off life was rediculous how good it was, the wizard went krazy too and the future He…

@el_ab31 @AOC On the other hand, liberal policies and high taxes improve quality of life, who gives a sh*t about GD…

High off life is hard asf

I was just looking through my old HS yearbook, and am amazed how how success in high school has such a poor correla…

High Off Life is the eighth studio album by the American rapper Future, released on May 15, 2020, by Freebandz and Epic Records. The album was executive produced by DJ Esco, a close friend and frequent producer of Future. It features guest appearances by Travis Scott, YoungBoy Never Broke Again, Young Thug, Lil Uzi Vert, Drake, Lil Durk, Meek Mill, Doe Boy, DaBaby, and Lil Baby. High Off Life received generally favorable reviews from critics and debuted atop the US Billboard 200. It is Future's seventh consecutive album to top the chart. The album was supported by five singles: "100 Shooters", "Last Name", "Life Is Good", "Tycoon", and "Trillionaire", with "Life Is Good" peaking at number two on the US Billboard Hot 100. 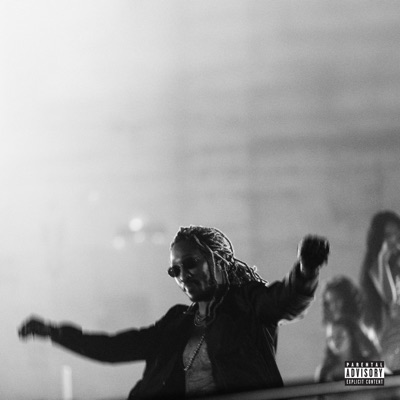