About Golden Hour by Kygo Album

Golden Hour is the third studio album by Norwegian tropical house DJ and record producer Kygo. It was released on May 29th, 2020 by Sony Music.

What do you think Golden Hour album? Can you share your thoughts and listen experiences with other peoples?

mflangy - Album of the year !

Every song on this is just so good

Jaymal21 - The DJ of Tropic pop

This album may not be as good as his debut for sure. It sees Kygo enter some new spots with the help of artist like OneRepublic. However it can’t help but sound like your regular Kygo album. Although there’s nothing overtly special it’s definitely a great listen if your just in the mood for some fine sounding tropical sunset tunes.

Imagine giving your album the same title as the Grammys album of the year winning album from less than 16 months ago... men are wild.

This album is going to be something special! Kygo really knows how to craft amazing songs!

Cannot wait for this album!!!!

Loose somebody is the best song

Big Kygo fan and so personally very satisfied with this album. Not quite as good as Cloud Nine but still a great listen.

Nope. This is just sad. In an age where there was Black Dog, Leftfield, Underworld et al...is this it? This is the progression in dance music? Kygo hang your head in shame! This is the most vapid trash I have ever heard in the arena of dance/ pop/ electronica and about as deep as a page of Hello magazine (and twice as trashy). An aural embarrassment!

3440cityoftruro - Give it a second go and the magic is revealed

The first hearing I was neither elated nor disappointed. But the second hearing I started to realise how it was Kygo’s tropical house return through and through! An album full of awesome collabs using his platform to bring underrated singers to the fore.

It’s so good the music

Wasn’t impressed with the pre releases but Kygo pulls it out of the bag again. Top tunes for a summer of post lockdown.

LXKEMCCANN - More than a button pusher

Kygo proves yet again that he is more than a DJ, he is a true artist that pushes the sound of today and is still in his 20’s, we have only seen the beginning of this forever rising star. Tim would be proud of you.

angusn0ah - Album of the year

I expected more. Was so excited for this. Wish I would have saved my money 😭

not worth ur time or money

I only checked out the album because of Kim Petras, and was pleasantly surprised. MORE COLLABS WITH KIM!

Great beats! Kygo is back ❤️

Not but maybe Yoshikage Kira - Bad

Wonderful songs from start to finish. Style has evolved to cater a wider audience but that is definitely not a bad thing. Incredible vocals on all songs and the combination of melodies and vocal chops are great. 5/5 for me.

Hugo never ceases to amaze me... his tracks are hypnotic and so amazing! Thanks for yet another brilliant album!

smashed it as always

Joe Avis - Album of the year

Kygo has smashed it again as usual, 5 stars!

I agree with Jackrichy16, kygo should be flying up the UK charts... And he will! The songs on here are great, can't wait for the full album.

Isn't it just the same backing track on each song? 2 stars for Whitney.

Kygo is back with a beautiful brand new album, Golden hour. Close your eyes and submerge yourself in an hour of pure ecstasy as you transcend into a state of pure bliss. Every song here is made of gold and let me just say it feels like forever since I’ve heard something this good. Kygo sends the listener to a higher love and the album is to die for.

Kygo is an underrated DJ in the UK. He should be topping the charts with many of his singles, but it’s not actually often that he does.

Literally can’t wait for this!

Golden hour is a lie, and I have questions

POV: it’s golden hour, the air is breezy, and I finally let my hair down in front of you, you’re like: 👁👄👁

Just went in the pool for the first time and it was pure bliss. Floating and watching the trees above in the Golden…

@elaina_ivy: we chased golden hour on her way out sometime in May

@griswald_o: I figured out how to fake golden hour today ☺️

a lil golden hour moment for u

@KygoMusic: The new music video for “Broken Glass” with @kimpetras is out now 🌴 This is one of my favorite tracks off Golden Hour. I wan…

@KygoMusic: The new music video for “Broken Glass” with @kimpetras is out now 🌴 This is one of my favorite tracks off Golden Hour. I wan…

Golden hour may refer to: Golden hour (medicine), the first sixty minutes after major traumatic injury Golden hour (photography), the first hour after dawn and the last hour before dusk Golden Hours (magazine), an American juvenile magazine published by Norman Munro in the late 19th and early 20th Centuries "Golden Hours", a song by Brian Eno from his 1975 album Another Green World A term used in Japanese television, to refer to the period between 7 and 9 pm, the equivalent of prime time Golden Hour (Kacey Musgraves album), 2018 Golden Hour (Kygo album), 2020 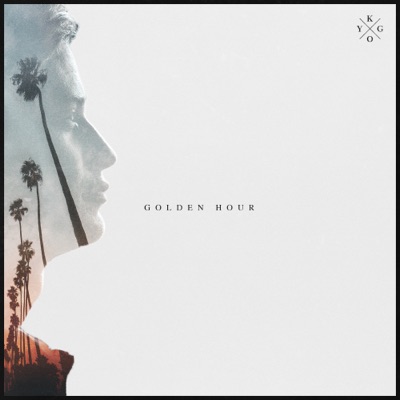