About RTJ4 by Run The Jewels Album

RTJ4 (also called Run the Jewels 4 is the fourth studio album by American hip hop duo Run the Jewels. It was released digitally through their own Jewel Runners imprint via RBC and BMG on June 3, 2020, two days earlier than scheduled, with physical editions slated for release in September 2020. As with their previous albums, a download of the album is available for free through their website, with the option of paying for it via other digital providers.

What do you think RTJ4 album? Can you share your thoughts and listen experiences with other peoples?

Grammy worthy. Didn’t sell it, gave it away, take sales out of Grammy consideration.

Who listens to this crap?

Could not find a track I didn’t like, first time this has ever happened

Killer Mike is a talented rapper, but I cannot support hypocrits, especially with everything going on now. Killer Mike is the kind of guy to complain about white officers killing blacks regardless of the situation, but say a white guy who used the N word and got killed by a black man from the hood deserved to die.

Some bangers but there are some underwhelming tracks on here too. But still a pretty solid album. One of the better rap albums this year.

This is 2020 album of the year, introspective, hard hitting, political and emotional. A tier album.

W u feel me

Best rap album of the year

It’s ok, listened to once, didn’t think it was anything amazing

If you liked RtJ other albums you will like this one just as much if not more. Always good stuff coming from these guys. This continues that same path.

While not every single track bangs for me, those that do are straight up flammable. Retaining their main direction while trying some new influences has really helped the two living legends create another strong, impressive album that’s just great all-around. Mike, EL-P, keep it up! We love it!

Easily the best album in hip-hop over the last couple of years.

Just keepin the truck rollin. Consistent as always. Waitin on my hoody in the mail! GOT IT! 🤜👈

@Zormenos @shaysrevengee Agree to disagree, although I agree RTJ4 is one of the best of 2020..

@FieriFire @shaysrevengee I can tell you've never listened to a 21 carti or roddy album. I'm not even a big 21 or roddy fan but even I can tell they put work into their music savage mode 2 is one of the best rap albums of 2020 (RTJ4 is obviously better tho )..

@HipHops_Prodigy Is it me or have forgotten to put RTJ4 in this ?.

@Hiphop__convo TLT2 was not mid fix your ears and KD clear of RTJ4.

@Donalexander07 Overall yeah but nasir was okay lost tapes 2 was mid and kings disease was good but not better then rtj4.

Last up is Stevie B! His 2020 picks are belowwwwww - @runjewels - RTJ4 - @TheAvalanches - We Will Always Love You - @dovesmusicblog - Universal Want - @lauramarlinghq - Song For Our Daughter .

Just now hearing RTJ4 by Run The Jewels and it's fucking awesome..

Been blasting #RTJ4 a lot more as of late. We may not be experiencing first hand the issues that Killer Mike and El-P are rapping about, but I guess we can all relate cause at the end of the day, we have a common denominator - oppression.. 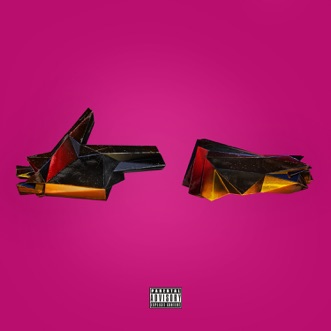