About What Could Possibly Go Wrong by Dominic Fike Album

What do you think What Could Possibly Go Wrong album? Can you share your thoughts and listen experiences with other peoples?

DJ VoKam - One of the best albums I’ve heard in a very long time.

For real the versatility of this album is amazing. I’ve been listening on repeat for a month now hoping every time that it won’t get old, and it hasn’t so far and I honestly don’t expect it ever will. Can’t wait for everything to come in the future!

Jshuisjdjdb - Listen to it whenever Im down

Realy was optimistic that htis would be something after the earlier work, but really all this time and a bunch of cacophanous meadering tunes that average about 2 minutes each? I brush my teeth longer than that. S eriously though there are a few bright spots and moments within songs, but nothing sustained. Flashes of creativity without payoff. Might be good if your attention span is short but I was really hoping to be wowed. Maybe a new producer and a plan will help him realize the potential thats definitely there.

high expectations were set and exceeded... 🐐🐐🐐

Yes i said it

Definitely one of the best albums to be released in 2020

Music isn’t bad but heard it all before if you want to hear better go listen to nothing, nowhere

I’ve been a fan since i found him thanks to brockhampton and man! Im SO incredibly proud of Dom. He’s an amazing artist with an amazing voice and vibe. This album is amazing. Im usually super picky with my music and sometimes songs everyone loves i find super boring and sometimes i don’t love every single song on an album. But THIS is why he is one of my favorite artists. Everything he puts out is sick❤️❤️❤️

his first album is on repeat for me 24/7

From beginning to end, very short but cohesive and easy to listen to. EXCELLENT production and song writing.

Jazmine Quintana - What Could Possibly Go Wrong? Not this album.

I’ve waited for this album since I first heard the Don’t Forget About Me, Demos EP back in November of 2018 and after fully listening, I was definitely not disappointed. This album was the best way for Dominic to come back and show the world who he really is. He’s an artist who for sure tests the limits of music. The album consists of surf-rock, rap rock, catchy melodies, woozy distorted guitar, and a whole lot of rhythm that gets your feet tapping and your head bopping as you listen. Each song has its own creative vibe with a whole lot of depth in its lyrics. This album has to be one of my all time favorites and I don’t think I’m gonna stop listening to it anytime soon.

This album put the last nail in the coffin of music. RIP!

not a single bad song

This album is really good

Awe this is so so good!! I remember listening to “3 nights” a while back and I liked him then, but I never ventured to check out his other songs. I’m glad I am now w this album, I love it!!

There’s something different with every song, and yet they all combine to make a beautifully cohesive album. You can hear Dom’s emotions, both positive and negative, as he tells a great story of his life to now. He’s been a star since the beginning, and this album will take him to new heights. Big fan. Congrats

Truly a iconic piece of art that brought tears to my eyes and joy to my soul. Dom is a living legend.

Honestly really great album put out by him. I feel like I waited forever and it’s so worth it

Dominic never disappoints. This man could put out 30 seconds of straight silence and I would still listen. I hope we get more songs like "Politics & Violence" and "Jada Pinkett". I'm also really excited "Why" will be on this album. 10/10 so far.

Both songs are awesome I can’t wait for the drop!

Trying to hard to not try

Finally something new and refreshing 🔥

What could possibly go wrong? .

Guy on local news was wearing a bathrobe while clearing the snow on his driveway with a flamethrower. What could possibly go wrong? .

@RexChapman What could possibly go wrong? Side note I love it when they start eating their own. Delicious..

@seanhannity Cuomo and de Blasio... How could anything in New York possibly go wrong? New Yorkers you got just what you voted for..

Only five days left. What could possibly go wrong?.

This is a real emergency but we'll hang on until Wednesday to start vaccination. Sure what could possibly go wrong? .

@pcalcado What could possibly go wrong with "share the behind scene"?.

@MollyJongFast What could possibly go wrong?.

FB is an open sewer of misinformation (again). What could possibly go wrong? 🤔 .

What could possibly go wrong when you can handsomely put the mask like the gentleman in the pic! .

What Could Possibly Go Wrong Wiki 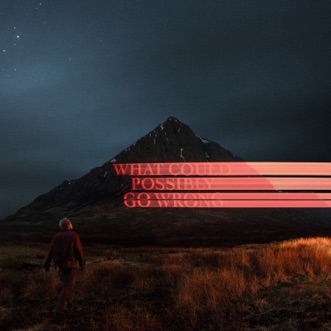