Pop Smoke - Shoot For The Stars Aim For The Moon (Deluxe) album info will be updated!

What do you think Shoot For The Stars Aim For The Moon (Deluxe) album? Can you share your thoughts and listen experiences with other peoples?

jimmyerp - Haven’t tried it yet but I’m liking it

I'm not usually into pop or hip-hop, but this album is pure gold. Reminds me of Tupac's best albums. This album will he timeless, for sure.

Gone before his time 💯 DIFFERNT VIBEZ here. He had a whole new sound.

This album is hunnid same thing for the rest of his albums no cap. LLPS 🕊

Deluxe even better than original

A legend taken to early

Definitely got some bangers, bought some songs and I have them on repeat. Rip THE WOO 💫

But he’s still the goat Rest In Peace pop 🙏

They killing all the wrong rappers out here 🤦🏾. R.I.P Pop ❤️🥀

this is a uncreative nickname - Cringe

Typical, Untalented, cliche. And you all can get heated at me for saying this but you all can just stay mad at my “hate”. People say, “oh i bet the haters didn’t even preview the songs.” Trust me us “haters” previewed enough and not even 5 seconds in the songs it already sounded cliche and trashy. Smh.

RIP Woo .. Wish u Was Here To Soak In The Way U Changed The Game 🕊💙

One by one they go bye bye...hopefully they can be replaced by people with real talent

Y’all should have kept the first 18 an put out only the hard tracks!!!!!!! Rip young king

How do I add the deluxe version to the regular version that I had already purchased, do I buy the whole album again ?

Garbage rapper who’s mainly praised because of his death.

Sooooo what happened I thought this was a five star album I see 4.5 stars 🤔🤔🤔 y’all posing again?

So sad he was takin to soon 😭😭smoke will neva clear 💯

We miss you 💙 love the new songs off this new album

First off happy birthday to a fallen soldier, gone too soon!! The smoke will never clear cause your looking down at your fans, family & loved ones still listening to your voice through your music. Your reign will live on G... WOOOOO....

More music from the WOO! Be greatful people this is his last album 😢

RIP TO A YOUNG GOD. was really gonna be the next big thing. Bigger than Travis Scott forsure

Phenomenal! Every song you just feel him in it!

If your a popsmoke fan I ain’t gotta say much. If not buy the album and show some love.

Hello ft. a boogie wit da hoodie, is the best song on the deluxe hands down!!

Such a good album

Words can not express how much I love this album. I was sceptical about this album at first, however I was wrong to have doubts. This album has blown me away. RIP Bashar Barakah Jackson

To the people who brought the other album, now have to pay 12.99 again for a few extra songs 😤

@Afc_Nova Shoot for the stars aim for the moon deluxe😍.

@StevenThicc comes out in feb!! .

@fbgwayno Shoot for the stars aim for the moon, my turn, blame it on baby deluxe.

@Geneger2 @fbgwayno yeahh, unless the deluxe has uzi features & another cudi feature i think shoot for the stars aim for the moon is gonna be mine aoty.

@flackoyee Honourable mentions:High Off Life, Circles, My Turn, Shoot For The Stars Aim For The Moon, LUV vs The World 2(EA Deluxe).

Shoot For The Stars Aim For The Moon (Deluxe) Wiki 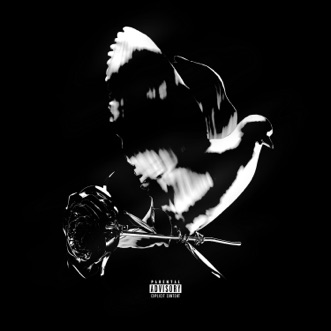 Shoot For The Stars Aim For Th... Album Credits

Shoot For The Stars Aim For The Moon (Deluxe) Similar Albums