About WUNNA (Deluxe) by Gunna Album

What do you think WUNNA (Deluxe) album? Can you share your thoughts and listen experiences with other peoples?

Why do all the songs almost sound similar, looking for bars not much there as well. As far as the beats there so so, not worth $20 or $15 for that matter.

This guy's lyrics abuse and enslave women. Plus I can rap better than this.

Philmur1 - Album of the Year

Gunna is quickly rising to one of the best in the game. His flow is unmatched and he understands how to tie in his listeners. Having the best producer in the world, Wheezy, produce most of the album brings tons of solid beats matched with many different types of instruments. Wunna is the offical showing that Gunna can be one of the best in the rap game and should continue to do so...

If you’re honestly saying he’s mumbling then you guys just don’t understand rap. I can hear every word with no problem ! This album with be a CLASSIC

I’m tired of this generation of artists dropping multiple “deluxe” versions of one album after its been released to help the sales of that old flop album.. it’s desperate and cheating ✌️

Ide rather listen to veggie tales.

The songs sound very similar to me. Songs literally bleed into eachother. Why is this album $19? Most songs are only 2 minutes.

elijah-427 - Gunna got some good beats

Heat 🔥🔥 he really ain’t that bad

He completely re-invented his sound. He somehow manages to flow consistently on every beat while switching up the cadence on almost every song. Coming from someone who was absolutely NOT a fan of his early project with the exception of DS3, WUNNA is a phenomenal project. The Deluxe is amazing too.

This generic clone of a rapper came out defective it seems. He's even more annoying and bland than the others that get swallowed up, and then pushed out by the labels to the masses. If you're gonna push this "music," at least try a bit harder and go all out on the comedy factor, like you did with 6ix9ine. He's hilarious.

Expected more, but not as bad as other people are saying

Dremarious - Lol who is this

Another disappointing release from Gunna. Every song sounds the same and it’s almost torture to hear it for 26 songs straight. The features do little to help

There's more profanity on this album than a truck stop!!! Limited vocabulary I guess. Garbage!!

The best rapper out

i don’t “WUNNA” hear this crap

Eddiecee10 - Album is too long

Over hyped album. I was disappointed liked a few tracks.

More trash than the original. If I could give zero stars I would. 🗑🗑🗑

JPeggyMafia - ALBUM OF THE YEAR 🔥🔥🔥

Full of hits and bangers!

Just not what I wanted

Sounds the same on every track

dudjfndj - The album was already boring

People like this stuff but it’s just boring in my opinion. It feels like there is no effort to do anything outside the box or just anything with energy or originality.

Wunna (Deluxe) is a must for the workouts! That album is 🔥🔥🔥

Gunna & Yak Gotti Bring Out The Graphics In Their Video For "WUNNA FLO": Gunna and Yak Gotti go crazy with the gifs…

@officialassign: gunna did not miss on wunna deluxe

@hypebeastmusic: A standout from his 'WUNNA (Deluxe Edition)' project. 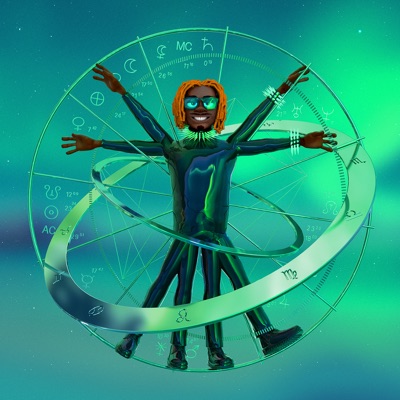