Top is the sophomore album by YoungBoy Never Broke Again, and his third project of 2020, following February’s Still Flexin, Still Steppin and April’s 38 Baby 2. The album is named after his childhood nickname, Lil Top. The album was first announced on social media on August 20, 2020. It features six tracks released by YoungBoy prior to its release.

What do you think Top album? Can you share your thoughts and listen experiences with other peoples?

The best rapper to ever live idc

Stop hating on this man he is one of the most powerful artists in the world.

All of his music sounds so low quality, like mixtape unmastered production. Until Death Call My Name was his best project by far and had mostly top notch production so whatever he did for that album he needs to do that again.

This album has diversity every song u need Nba top got

Best album album of the year 21-0 he did not miss u gotta listen frfr.

Freebabyboy - The goat back at it again

This is one of my favorite albums in a minute! 🔥 Y’all will appreciate YB wit time, he gon’ be around for awhile. He original and in his own lane 🚘 he different! Personally, this album came at a perfect time in life for me.

One of his best albums 💚🩸

nfuroujgb - Album Of The Year

Greatest album of all time, uzi could never with midternal etake

Good album could’ve left some songs off though. not ai yb 2.

Album sounds like every other album he’s released. Couldn’t listen to a complete song 👎🏾

Peace Hardly Or To My Lowest When You In Your Feelings😁

I’m very confused about how this is getting such good ratings, I honestly couldn’t believe how bad some of the mixes were and how bad some of his lyrics are... very disappointed

This is why Fredo Bangs “ In the name of Gee “ is gonna do way more numbers. Fredo Bang is way more talented and creative.

He fell off , just let him stay down at the bottom he’s garbage, Fredo bang has more talent than him 😂😂

You dryin out man, theBANGman coming out with heat🔥🔥

Album of the Year

Best album in the world #4kt

One of the best Albums I’ve heard in a while. NBA YoungBoy the goat 🐐.

Autotune is a gimmick that makes everyone sound the same. Real talent doesn’t need it.

I’m about to download the album and listen to the musics. My first time listening to Youngboy NBA

I’m sorry but what is with the lil Wayne and snoop feature, NBA fell off lol. Trash!!

This is the most unartistic album I’ve ever heard in my life. I want my money back. Pure garbage.

@btspopmp3 It’s one of my top 3 honestly, although I struggle between Her and Answer.

@IoanAnthony Not sure but could have been ,anything but when I was 13 tb jab came in they did a test 1st had six needles in it if it swoll up you had to have the other one needless to say I didn't have it most pole from the 60s have a big scar on the top of their left arm I don't didn't have.

@AlanRosenwald @bennessb Absolutely, and it’s not talked about nearly enough. I’m trying to live with as-yet undiagnosed long-haul COVID, CFS or POTS (or a combo of the three), which has come up over the last year, on top of my existing chronic illnesses. Truly exhausting & overwhelming, navigating this!.

Me “Yeah his stand up game is pretty top notch, but his grappling is iffy. If he gets to the ground it’ll be over.”.

@jonnyfallon The top priority should be over 70s and HCWs who are in contact with patients. While we work on those we can look at the next best bang for the buck based on firm vaccine supply, not promises..

The Lull Before the Surge on Top of the Surge - The New York Times .

A spinning top, or simply a top, is a toy with a squat body and a sharp point at the bottom, designed to be spun on its vertical axis, balancing on the tip due to the gyroscopic effect. Once set in motion, a top will usually wobble for a few seconds, spin upright for a while, then start to wobble again with increasing amplitude as it loses energy (angular momentum), and finally tip over and roll on its side. Tops exist in many variations and materials, chiefly wood, metal, and plastic, often with a metal tip. They may be set in motion by twirling a handle with the fingers, by pulling a rope coiled around the body, or by means of a built-in auger (spiral plunger). Such toys have been used since antiquity in solitary or competitive children games, where each player tries to keep one's top spinning for as long as possible, or achieve some other goal. Some tops have faceted bodies with symbols or inscriptions, and are used like dice to inject randomness into games, or for divination and ritual purposes. The ubiquity of spinning tops lends to the fact that the toy is used to name many living things such as Cyclosa turbinata, whose name comes from the Latin roots for spinning top. 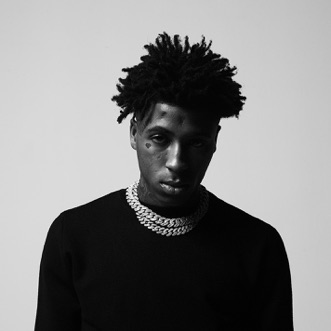