MTV Unplugged is a live album by Pearl Jam, released on November 29, 2019, as a limited-edition vinyl. Recorded after the completion of the band’s first American tour, the acoustic set featured six songs from their seminal debut album, Ten, including “Jeremy”, “Even Flow”, “Black”, “Alive”, “Oceans”, “Porch” along with “State of Love and Trust” from the Singles' Original Motion Picture Soundtrack. .

What do you think MTV Unplugged (Live) album? Can you share your thoughts and listen experiences with other peoples?

Seems like a money grab to me. This was how many years ago? I expect better from PJ...thats just me

Although you’re about 30 years too late.

I just love this album

zincmicrophone@@! - Unplugged should come back

The ‘Unplugged’ series/format was perfect b/c it raised the question: can a group or given artist make people feel their work if you take away their fancy electronics & special effects—- On this recording, a young & hungry Pearl Jam answers that with a resounding’Yes’

This recording is (at least for me) almost painful to listen to. The bass is so boomy, fluttering, and inarticulate that I find it really distracting during the entire listen. I have great memories of this performance and I love Pearl Jam, but this recording is just sub par.

chop dml - Wasn’t this done before?

Anyways many years too late. The last released album was a doozy now this cash grab. Just disappointed....

On Alive you can barely hear the guitar bends for the main riff which for me is the hook of that song minus the solo that was copied from the Doors. Disappointing.

Great performance by a great band!!

This album gets down to the nuts and bolts of Pearl Jam! Very raw and powerful. 10

Very nice live acoustic. Still not as good as the ones that Nirvana and AIC did, but always a good listen

Phishphan845 - Can't stand what they've turned in to..

But for a moment in time Nirvana and Pearl Jam ruled the music world and put on 2 of the 3 best Unplugged perfomances ever!

Why does this sound like it was recorded from the audience? YouTube videos sound better then this? Great show, too bad it sounds bad

I’m glad we finally got this release, it’s not complete but still great. Maybe next we can finally get Aerosmith’s MTV Unplugged album?

This and AIC are the 2 best unplugged. Black and Porch are the standouts but all the songs are fantastic! I have this already and mine has Rocking in the Free World on it too?

This unplugged is a masterpiece!!!!

AndersonGrey - where's the other three songs?

As mentioned earlier..........this and Nirvana are the only worthy Unplugged

A cash grab?! Lol. To that one person who has that one bootleg from Italy from 1992....yea why release an album and potentially make money? Why tour? Why do anything?! Btw troll artists don’t earn money from bootlegs. Ur cool!

Used to be my favorite bootleg... then I was lucky enough to get it as a limited vinyl... now everyone can enjoy one of the best ‘unplugged’ performances from an explosive period of the band. This lineup was special. I just wish there was more.

Took them DECADES but it's finally back. (Last time I owned this was on cassette) Between this and Nirvana's, the BEST MTV Unplugged performaces ever, period. Some of the best versions of these songs were performed here. I cannot wait!

My favorite song in the entire world done live they did a phenomenal job!!! ❤️

Ive been waiting for this to come out since it first happened. That was on a cassette. Then nothing.. cd's come out,...nothing... mp3's... nothing. finally! FINALLY!!! Take muh muneee!!

cogitatedesign - Already on Black and White

I’ve already had this for years, it’s on the Black and White CD... cash grab?!?!

Heard Even Flow and Alive off of this on YouTube, great performance.

Except for the man who I will call the Whistling Clown. Why did you insist on whistling so loud? Make it about you, and not about the band? Your daftness is now immortalized, and I can't unhear it, I hope you're happy.

Ive been watching their performance on Youtube. This live performance has my favorite version of “ Evenflo” in it! Cant wait to download it!

Zombie-Midgey - I’ve been WAITING for this

This performance has my favorite version of a few PJ songs. So glad it’s finally being released as an album.

I'm sure everyone will agree with this statement when I say... About...FREAKING...time!!!! Rock on!!!

Gamgo24 - Pearl Jam In Their Prime!

I have been waiting years for this to be released! So happy!

Stunning, simply stunning, that’s all I need to say!

Heard it back in the day when first aired and it blew me away. STILL blows me away all these years later. A REAL band on top of their game.

A real defining performance with the iconic unplugged series. This really shows the powerful lyrics and instrument performance in an acoustic setting. As perfect listening to it today as it was decades ago. Good times

A-ha - Take On Me (Live From MTV Unplugged) via @YouTube Really rather beautiful.

A-ha - Take On Me (Live From MTV Unplugged) via @YouTube.

2. IF IT’S OVER-Cowritten w #CaroleKing, this thunderous ballad off EMOTIONS is the definition of an untouchable vocal. Her growling, awe-inspiring live performances of the tune on @MTV Unplugged, SNL, & 1992 Grammys even manage to eclipse the studio recording. Truly legendary..

Nirvana - Something In The Way (Live On MTV Unplugged Unedited, 1993) a través de @YouTube. 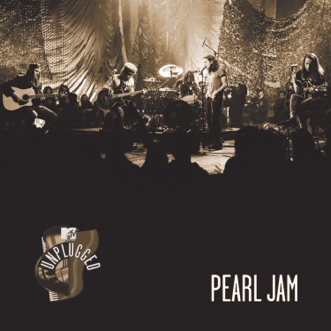