About NOW That's What I Call Music! Vol. 76 by Various Artists Album

What do you think NOW That's What I Call Music! Vol. 76 album? Can you share your thoughts and listen experiences with other peoples?

Where is Olivia rodrigo song?!? Anybody else wondering??

young coopa - Bruh there gotta be some hip hop in there

And what abt songs like life is good that got over 1 billion views in just months, literally the only good song on here is by juice WRLD, and guess what he mainly does, hip hop. Exactly

It is incredible. - Savage love❤😍

My favorite is savage love! It's great but it is better with the kids signing.

Mariposa is awesome 😎 and cool 🥳 It’s nice 👍 and very calming LISTEN TO IT !!! It so calm

Not loving the black eye peas song or the new songs not even the new female singer..... it’s just not working for me, Also not liking track #20 either Other then that it’s not a bad compilation album 👏😁 (3 ⭐️’s for the rest of the album)

I love this list of songs I really wish I could get it 😭 but it’s all good I have a fun time jamming out to these songs keep it up everyone!!!!

Why on earth is the most annoying song “One Margarita” on here? That’s what I call CRAP.

Geeksauce777 - Another Pile of Manure From Modern Music

All the songs are repetitive and come with a dumb message. Listen to 50’s music for it is are fantastic.

FIVE STARS!!! This is five stars any day.

This album is bad. And just like the others, there are only two good songs, which are come and go and bang.

I love the song bang number 10 I just love iy

really bad and scary!😭 - I love rain on me because I’m Ariana Grande

Hi my name is Ariana grande and thank you so much for watching me on YouTube and Apple Music and vevo and Apple TV so I love you guys and hope you like this review bye make sure to rate!😄💛💚💙💜 so have a great day! LOL!

Realslimgrady - No Rockstar or any rap songs?

I like the playlist just needs more of the new hits on it more like lemonade, what you know about love, and 24k golden mood. There’s just a couple. There are soo many songs going around right now. Also y’all should make a kids bop about country music too. For country kids like me. And not just pop

I think most of us can agree 2020 has been trash, kind of like 90% of this album. There are a couple decent songs on this. But there are so many other artists out there right now with more in depth lyrics a more meaningful message. This album missed the mark, alongside 2020 just sort of s**t the bed.

comiccon258 - Great but it needed some drake

The people who make these are disrespecting drake! He’s one of the best artists rn and y’all never put him on here

Brieannah 2000 - Trash not worth the money

Where’s Mood?!? That should be in here instead of the last few.

lschwarz06 - I recognize those songs!

I heard those songs on Tik Tok! Those songs are the reason why they are popular on the dance app. Thank you! 😄

£exxe£ - Thats What I called TRASH

Thats What I call Trash!

SquidBeans - You need level of concern by 21 pilots

Do it DO IT NOW or else I’ll scream

Slave of King Kazma - What this really needs

They’re all either bland or just outright annoying, at least most of it is, I mean I think we can all agree at least 90% of 80s/90s/00s/10s pop music was so punchy and catchy and was all good, but this is so awful, new wave is 👎🏼

I had the older NOW albums which were good but this one and the other recent cds have gone downhill with mostly songs from Tiktok (I am on it and highly enjoy it but the songs can be repetitive and annoying) like Savage Love, iLY, Bang etc. Music today is not like what I grew up with (2000’s) and it’s such a shame.

I love it very good

I only know two songs on this album. If they want people to bye them they should put more song people know in the album. Also they should have put Dynamite by BTS on the album. That’s the perfect song for relieving stress.

I don’t know half the songs?! What did they do? Fill in the blanks with songs nobody listens to? Also it needs Savage or WAP

Half of the songs are ones I haven’t heard of! Really also needs BTS dynamite

jejejejjem - He star reviews on this album be like:

ilistentomusic(obviously) - Now THAT’s what I call....

Complete garbage. Mainstream music is total garbage. No talent whatsoever, just AutoTune and computerized sounds. Surprised that only toddler K-pop fans are mad. Then again, they’d be mad at anything because of how annoying they are.

These albums were fun to collect back in the day before I started using iTunes. I have the first 26 NOW albums all on CD's, but stopped after that & I'm glad I did. I understand that people are still collecting these as I'm into collecting different things, but don't want to end up with too much of one thing. These albums have been pointless to me for many years especially since we've been able to download individual songs for quite sometime now.

the only good one is cardigan and bang. i guess die from a broken heart, savage love(i don’t like tiktok but the song is decent), and midnight sky are alright. the rest i either hate cause they’re so cringe or have never heard of. 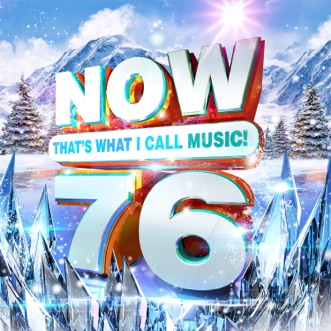