About Sellout by Koe Wetzel Album

What do you think Sellout album? Can you share your thoughts and listen experiences with other peoples?

This is NOT country music. This is disgusting, useless garbage. This “singer” better grow some balls. Listen to Luke Combs, NOT this chooch!

I think Koe spoiled me with his previous albums. All of the songs on Noise Complaint and Harold Saul High were fantastic and I could listen to each and every song over and over again. The pre-release songs for this album were great, and I really love Cold & Alone, but the rest I don’t care for.

Koe does not disappoint with Sellout!!! Everything they’ve put out is 5 stars in my book!!

I’ve been spinning this constantly since it came out, the entire album is a banger from front to back. I love how Koe calls out his doubters. F-Boy Country at its finest!

Not bad at all. It’s not your average country music but it’s got the vibe.

Love this album! A mix of a little bit of everything. He’s proving he is anything but a sell out.

Buzz2956 - sellout is an understatement

sellout plain and simple is the most diverse and out there thing today. koe lays it all out for us and doesn’t hold back on this album. he’s nothing but himself throughout this album. he always finds a way to make his music sound different with finding a way to relate and hit home with the people who listen.

Way overproduced music! Don't need anymore music being labeled country music when its place SHOULD BE in pop and or hip hop! Lyrically speaking some of the songs are decent, but forget about this edm, disco, dance, loops, and "snap" beats. Does nothing for the genre whatsoever!

It’s different. Took a couple days for me to get into it but now I’m kinda a fan of it. Don’t think it’d be everyone’s taste by any means though.

The majority of this album sounds like the pop country that red dirt is supposed to be opposite from. His previous albums were more red dirt sounding

Joeybike - This is a disgrace to country

Shouldn’t be classified as country. Shows your intelligence with four letter words on every song. Anyone can do that, show you have some talent!!

Found Koe a few months back, and bought a few of his albums and singles, it’s a refreshing change from the same 20 pop country songs you hear on the radio.

dude is so good

Been a long time coming. I’m so happy with this new album! Koe and band you’ve done it again friends. 😽stealing my heart one track at a time!

so proud of him!

Singles pre-released were very good, the rest of the album is hot garbage. Not sure what direction he was headed with this album but I don’t like it.

Hard to write because I absolutely love Koe but I’m sure not where things are steered on this Album. Some songs are great.... and more unfortunately are just... well I don’t even know. There’s a certain darkness to a few which koe generally provides and they stand out as the albums top bangers... the rest sound sloppy... or as if koe lost that grit and sadness that made him great. Lack of emotion replaced with bellowing as if right now he’s just trying to make it work instead of feeling it. It ultimately sounds smashed together and jumbled. I still love and welcome and new music. But I think this is the wrong direction. I have faith as tracks like Sundy still cling on to the feel and pure emotion he generally emits. Please don’t lose that.

Steph glitzy! - I’m in love with the koe koe

Koe is my future ex husband.

Wheres the high energy bangers like Ragweed was on the Harold Saul High Album??

The folks that are giving this album 1 star are the same people that think Florida Georgia Line and Luke Bryan are real country music artists. Koe Wetzel has created a much needed change in country music. Artists like Koe Wetzel is what makes this genre of music so great.

Jared is an awesome drummer, and although it’s the complete opposite of Koe, you should check out Fit For A King!

Sloppy lyrics to go along with pop country sound. Koe’s latest song is proof positive that he is settling in nicely among the other pop “country” artists that now call Nashville home.

What? That is all it's worth.

Impeytodd - He’s back and betta than ever !

Everything he puts out is great from first song to last can’t wait to hear more !

Not really country music. More rock than anything, but still pretty good.

monster in the parasol - Soooooooo

I just found this guy not too long ago bc i lve to support texas country artist and this is album is lookijg to be an instant classic in your sound system.

No one’s better than Koe

@AIT_Online @AishaYesufu Why are you cutting the video??? This is your TV station, this is your official Twitter handle, this is your video. WHY ARE YOU CUTTING THE VIDEO? You couldn't let her finish responding bcos you're PART and PARCEL of the country's problems. #SellOut! #TheGovtStoleOurPalliatives!.

@HillaryClinton Omg. You were my hero. I stood up for you. Can’t believe I trusted you and you’ve turned out to be the most #violent, #hateful, #traitor- #sellout. Stop causing conflict on this planet..

@Real_A_R a sellout shill to his taskmasters at Disney to protect his wallet & primetime news spot!.

"Selling out", or "Sold out" in the past tense, is a common expression for the compromising of a person's integrity, morality, authenticity, or principles in exchange for personal gain, such as money. In terms of music or art, selling out is associated with attempts to tailor material to a mainstream or commercial audience. For example, a musician who alters his material to encompass a wider audience, and in turn generates greater revenue, may be labeled by fans who pre-date the change as a "sellout". "Sellout" also refers to someone who gives up, or disregards someone or something for some other thing or person. 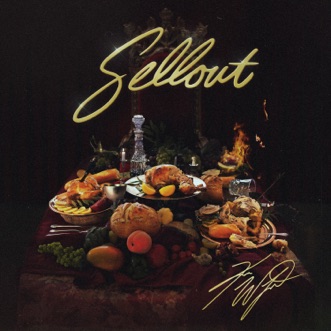