About The Recession 2 by Jeezy Album

Jeezy - The Recession 2 album info will be updated!

What do you think The Recession 2 album? Can you share your thoughts and listen experiences with other peoples?

prncsstiff - This album is everything

Loved this album. Some great featured artist too

Jezzy really followed up on The Recession album with a melodic beats and well crafted verses. The whole album can be listened to in the gym, car and reflecting on 2020.

He started out about the hood and streets when he first cane out. Now he’s expanded! Talking about what’s going on in the world, but don’t get it twisted, the hood still with him! Love it!!!

Please don't waste your money on this crap. The album is nothing but Political and Racism-Based. Back is the only good song. Pure Garbage!! His career is over.

Been waiting for him to destroy everyone with an album like this!!!!!

That album cover is suspect... he tryin ta tell us something, fam. Come out already, but keep this trash music to ya self, bruh!

He snapped on this one

I’m a big fan of “young jeezy” not “jeezy” and think “standing ovation” is the greatest rap song ever for intricate wordplay and great lyrics. Per contra, this artist has lost his touch. Hard verses with complex geometry and word wizardry are now replaced with the mediocre.

Bruh I’ve been a fan of young jeezy since 05 I think he’s great , but coming from a guy that would rap about the hood and surviving the hood and all that follows, he puts this record out and it literally starts with racism and America not being free and what not. The same country that made him rich, so confused guess we lost another one.

Another solid body of work

I grew up on Jeezy. He’s going to always remain relevant in my book. Great piece of work!

I like the album! It was done very well. This is a real good one Jeezy! Stay in the grown man lane.

Keeping it simple as usual. His music is something you can just ride and listen to. Cookie cutter nursery rhymes over decent beats. Not bad but nothing impressive or groundbreaking. I don’t think I’ve ever heard a verse where I was like Jeezy killed. 🤷‍♂️

Now this is what you call REAL RAP!!!!

GucciShadez - I was expecting more

He got another one!! Stay with that 🔥

jadenisabeast23 - What happened to that quarter block

He did his thang on this album ⛄️

will work for money - Bboooooooo

Jeezy should come out and debate. He’s blind if he release believes the crap he is saying. Fake news rapper

That verzus battle was horrific.

Tha trader guy24 - Not happy with this

This is not the jezzy we know. He is too happy in his relationship that it’s throwing him off his game.

The first Recession was dope and this is a great sequel

blackstar0726 - We been waiting

He speaking to bosses only . This will go over little boys head

Too mellow for my liking, hopefully next album would more like his trap music

You have been a great artist, keep perfecting your artistry. Until your ranked with the greatest of all time! Stay in your lane my dude, and multiply the times with your craft!!

Im not lying i love jeezy, album was average, heard back with gotti was expecting bangers like that. Then demi and neyo?? Wtf beats average album average people, e40 spit though. Its a few listens then delete from library. 2/10

2021 Prediction: 1. COVID continues to be a stubborn SoB 2. Lionel Messi leaves Barcelona 3. More social unrest 4. Stock market continues to perform well despite the perpetual recession 5. Attack on Titan ending is going to be a dissapointment 6. God of War 2 delayed to 2022.

1 or 2 pastors will soon tell yall to drop first fruit or an offering that provokes the lord during this recession ... anyway ... .

“You’re clearly ignoring us...my colleagues have emailed you like 10 times since Tuesday.” 1) Those two statements are RELATED. 2) This is very bad marketing. Don’t get angry at people for not giving during the most expensive time of the year + an economic recession. .

@BehavioralMacro The starting point was quite different. In late-'12, 5y5y fwd inflation b/es were above 3%, and collapsed 50bps to bring about the sitch you describe. For a similar movefrom today's 2.30% , we'd have 5y5ys down to 1.80%? That is infeasible without a double dip recession. .

@NokooTV @27Paulus @Marks_alt “Hence, also, that understanding of its sacred dogmas must be perpetually retained, which Holy Mother Church has once declared; and there must never be a recession from that meaning under the specious name of a deeper understanding.” Vatican I Session 3 Chapter 2..

@robmolou Nice! Did you know Stantec was in the process in 2013 of moving into the downtown CentrePointe TIF, and created a study for unabashed pro-2-way Mayor Jim Gray (at a cost of several hundred thousand, in the face of the Great Recession)? Notice the emphasis on "slight"? .

@popmusicfan123 @Chronic_FLKeys @Bobbo80 .....the economy will flunk if we DONT lockdown....3.2 million people dead will 150% cause an economic crisis/recession. is that the only reasoning you have? It’s illogical and quite evil, to be frank.. 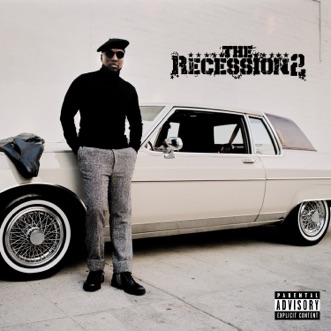