About My Brother's Keeper (Long Live G) by DaBaby Album

What do you think My Brother's Keeper (Long Live G) album? Can you share your thoughts and listen experiences with other peoples?

I love all his songs

FlyersNfillies - Reached deep inside for this one

Sounds like he reached deep into his soul for this album after the death of his brother.

First of all It’s BLM second you can’t literally hate on a good rappers brother like that’s disrespectful like you don’t even know hood music like your haters like dude if you hate on someone brother thats DEAD, that’s literally bad luck for you

Seriously you guys can’t hate on him! His brother just died!😭 Also to whoever’s name is white lives only your wrong! All lives matter in my opinion I wish there was a clean version. This was rushed in 3 weeks but that doesn’t matter I hope you find this helpful. Do not follow peoples examples like who I mentioned above. Overall I think Blame it on baby deluxe is his best album. But this one is hardcore.👍

I ain’t feeling this one... yet

This, was a short project, so not much was expected, and, id you didn't expect much, you’d be right, there isn't much to see here, but i will say, he is a little different in this one, he seems more genuine on this one, he gets into the topics and stays with it, he doesn’t go off rambling nonsense, he did a good job sticking to the topic, and he talks about the topic well, this is a pretty good ep, I recommend it, there are some parts of this album that arent good, just like every other album in the world, but if you can look over that, there is potential in this, its not his best, but it is good enough

You can’t sing!!!!!!!!!!! You sound like a dying auto tuned cat tbh. Once it finally gets good you try to sing a Ariana grande note and ruins the song. Your just like every other rap artist. At least when you hear Megan’s song you know it’s same with Nicki, Iggy and cardi

The album is solid. None of the tracks are skips except for no.7 or no.8. (I forget what it’s called). I was just expecting a different vibe from Handgun w Polo G and NoCap (thought it was gonna be more upbeat and fast paced) but it wasn’t. Still a solid song tho. Just wish there were more KIRK vibes that’s all.

i am a big dababy fan, is this is pretty good. not his best work, but still very good and feels like something he put his heart into.

can’t even make a 20 min album. Probably took him all year to do it. Just go away

will work for money - Crap

Not a good look..

PAINAKO - No cap One of the realist albums in the world right now.

If you’re not reading between the words. And understanding the message. Then you are a snake and you are fake. No cap. This album is only for young men and women and all the kings. in queen. And my opinion this album straight up motivation. Gives you a perception on who you should except in your life. And that’s real business straight up education. I feel like you’re going to change and educate all of your people and make the world a better place. no cap. I am man enough to tell you. I was mood by the album. I can flex this message

The beat on handgun go crazy

I feel this for real

vic is to good - Trash

A disgrace to rap and to his hometown. He should be embarrassed. You know hip hop is dead when people actually think this kind of rapper is actually good just because he doesn't mumble like all the others.

Fro the past 3 albums. What happened to the KIRK sound?

This ones heavy. Sorry to hear about your fam. Homie.

It hits a type of way 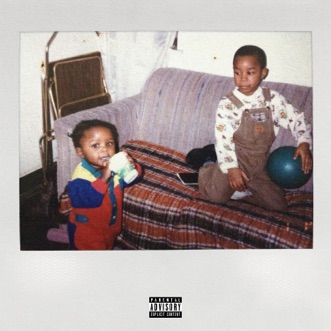