About Anyone - Single by Justin Bieber Album

Justin Bieber - Anyone - Single album info will be updated!

What do you think Anyone - Single album? Can you share your thoughts and listen experiences with other peoples?

Terrible. Its not art its garbage.

Passenger of a pilot - Quite idolizing your wife, Justin

I want to see you put God first in your life for once… I was hopeful for a while, but now all you ever write about is your counterpart… even in spiritual context! Please give us Christians something to actually worship to, brother!

This is so good!! Everyone hating just doesn’t appreciate good music! If it was so bad they wouldn’t have listened to it in the first place 😏

aygio - Finally a good song from him

I like this one a lot. First good song he’s released in a while IMO 😅

beautiful! The haters are just jealous of his voice, money, and fame.

There’s a lot of filtering and auto tuning on his vocals. The song just kind of rambles on without any highlights. Not my favorite.

The king of Canada is back with a hit. Love this song and the lyrics

I have read a variety of comments on this song, and i realized that no one has really given a deep and thorough reason for their votes. Either they just like it or think it’s trash— but why? This song is actually a next step up for Justin Bieber since his earlier music. There is a sense of nostalgia and reminiscent within the lyrics, looking back on the things that mattered, which is something we all tend to do. “You say I’ll never lose you but you can’t predict the future...”— that’s truly something that hit hard since we often find ourselves thinking we have all the time in the world with the people we want, but in truth, that’s not the case. Breakups happen, death, friends drift— it’s a part of life. So “looking back on my life, you’re the only good I’ve ever done”, really reassured that those changes happen, the people still matter. So I rate this song a 5/5 because I can really tell how much thought was put into this song, plus, you have to credit the producers on creating the beat and rhythm , which reminds me of a nostalgic vibes for some reason due to the tempo, which I love. 5-stars, well done!

Such an incredible artist and song. Been here since the beginning and I don’t plan on leaving anytime soon. Love you Justin❤️

This is bad. Music video is corny

Alex Taurino - His Best Single Yet!

Don’t mind the haters making rude comments. They just don’t like him because of the bad blood between him and their favs. Like him or not, this is one of his best songs ever and anyone who disagrees is lying to themselves. Can’t wait for JB6!

Isabelle Fifield - Best song he’s had in a while.

Not disappointed at all!

Bieber showes once more he was is and will be the best male artist in our generation The song is yet one of his greatest hits.

raenaraena - Maybe he should stop

Being a *** to Hailey of he really loves her

Anyone is super special and just gets you in a upbeat mood. So proud of Justin and how far he has come and looking forward to what’s next! If it’s not you, it’s not anyone.

If it not you it is no anyone

Glass_Reader - If I don’t play this song, I’m not playing any one.

Really love this song. Honestly never been a big JB fan but this song and his album before have really changed that. I’m happy he is doing well now too.

so annoying and mediocre like him and all of his music. please do the world a favor and stop making music. it’s worse than corona

He’s back yet again with another amazing poppy sing your heart out song. Love all the music he’s been putting out over the last year. He’s really so talented and growing with his fan base. Anybody commenting negatively is just a simple troll or hater who has nothing better to do!!!

this song make me think that 2020 is better than 2021 , because Justin Bieber ruined the new year for me with this garbage , so thanks Justin .

I love all new things he doin

I can’t stop listening to this Omgsh😭😫❤️

This is a big step from Yummy and has such a good vibe, especially as we step into a new year. Can’t wait to see you grow even more!

It's truly one of his best songs yet. The whole vibe. WOW Justin Bieber vocals keep getting better and better as his ages. I love that line if it's not you, it's not anyone.

Nothing special. His voice sounds good though.

In love with the song!❤️ Will definitely have it on repeat all year!😘 Love the BIEBS!!!!

this song gets better with every listen!! he never disappoints, he can put out any type of music and it’s a vibe! I love this song 🤍

I have been a belieber since the very beginning and I’ve stuck around through his whole journey. He’s such an inspiration, I’m so incredibly proud. He amazes me every single time. Proud to be a belieber . Love him so much. Congratulations on the super amazing song once again. It is an absolutely amazing song :) love you biebs 💜

Such a great song ❤️

Danny Fernandes Let Me Down Easy is much better

It.... It’s the best song that Justin ever released this year. It’s so magical and amazing when its performed live!!!

kidrauhl2.0 - THIS IS HIS BEST SONG YET

SUCH 80S VIBES THIS SONG IS EVERYTHING

Fabulous song. JB you truly are an incredible artist and human.

I love this song so much!

absolutely incredible! this is my fav new song!

Made me cry with disgusting

DaisyLj2020 - The song has Magic Power

When I first heard the song performed on the livestream, it seemed as if I was brought here, under a shining starry sky. Everything around me is ablaze with fantastic colors. The melody, the beat, the lyrics are magnificent and powerful! It seems like the next second I can fly to the sky and touch the twinkle. The first as well as the best gift I received in 2021! Hope this year is as glorious as the song!!! Everything’s going to be alright!

I CAN’T STOP LISTENING TO THIS AMAZING SONG

Not bad but not memorable either, it’s just ok. Something feels missing some of these artists seem to not try anymore and it shows.

THIS SONG IS AWFUL

Heat'er - Justin Bieber is back and better!

Amazing song Justin, love it so much. Can’t wait for your new album. Thank you for making 2020 special when it had hard times. Happy New Year and late Merry Christmas 🥳 Justin and Hailey.

he has done something beautiful! this makes his song yummy look awful

CJ loves tattoos - His voice is so BEAUTIFUL🥺😍

Better than ever, we all secretly adore Bieber!

Bieber should quit. His music in 2020 was utter tripe, and now this? This ‘era’ should have ended before yummy was even released.

Stay 2 metres away, wear a mask, and wash your ears after hearing it. DIRE bland and generic

Wasn’t a massive fan of Changes, but I love the direction Justin is heading with his recent music, and this is the best of the bunch. Can’t wait for his next album :)

He’s only gone and done it again 🔥

Love this song! The kind of music he is best at.

This song is so beautiful!

He went from yummy to this.

bieber never disappoints. his best song ever i think!!

Justin sounds great and it’s his best single in a long time!

justin started this year off with one of his best songs. so proud of him. happy new year!!

IF ITS NOT YOU ITS NOT ANYONE

arkisharey - The best there is!!! 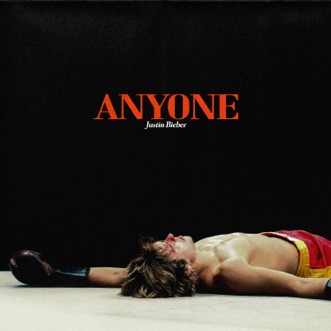