Whole Lotta Red (alternatively titled Red) is the second studio album by American rapper Playboi Carti. It was released on December 25, 2020 by Interscope Records as well as ASAP Rocky's label AWGE Label. Highly anticipated, work on the album commenced in late 2018 and concluded in November 2020. The album consists of 24 tracks and features guest appearances from Future, Kanye West, and Kid Cudi. The album was executive produced by West, who also appears on the song "Go2DaMoon". Production was also handled by Carti's frequent collaborator and producer Pi'erre Bourne, along with Maaly Raw and Wheezy, among others. In August 2018, following the release of Carti's debut studio album, Die Lit, a video surfaced of him discussing his next album and calling it Whole Lotta Red. In November, he performed unreleased songs at a concert in Seattle. In March 2019, during an interview with GQ, Carti said that Virgil Abloh would be the album's creative director. In May 2019, he featured on "Earfquake", the lead single of Igor by Tyler, the Creator with fans noting his nearly unintelligible "baby voice". Later that month, a song titled "Pissy Pamper" with Young Nudy leaked and went viral on social media platform TikTok. "Pissy Pamper" also reached number one on Spotify's US Viral 50 before being removed. Several other songs would go on to leak via YouTube and SoundCloud as well, reportedly causing Carti to remake the album. In June 2019, he revealed in an interview with The Fader that he began recording Whole Lotta Red towards the end of 2018, recording at DJ Drama's Means Street Studios in Atlanta and at his own home. On April 14, 2020, Carti tweeted the cover to "@ Meh", which was released as a single two days later. The song was noted for Carti's usage of the aforementioned "baby voice". In May, Carti was featured on the track "Pain 1993", from Drake's mixtape, Dark Lane Demo Tapes, which continued his use of the "baby voice" and became his first top ten hit on the US Billboard Hot 100, peaking at number seven on the chart. On November 23, following a social media hiatus, Carti posted on his socials, blurry photos of himself, while revealing that the album was turned in to his label. The same day, in a GQ profile, he called the album "alternative" and "psyched out". In the following days, Carti announced collaborations with several other rappers including Kanye West, Kid Cudi, Travis Scott, and Future. He also tweeted at Post Malone and Pharrell Williams. DJ Akademiks posted on Twitter and mentioned on a livestream that the album was to be released Christmas day and would be executive produced by Kanye West; he mentions in both the stream and Twitter that he "nearly sold his soul" to obtain said information. On December 21, Carti announced the cover art, release date, and pre-orders for merchandise. The album was executive produced by Kanye West.

What do you think Whole Lotta Red album? Can you share your thoughts and listen experiences with other peoples?

Whole Lotta Red is so trash 😭😭 i don’t feel bad for Carti fans cause y’all choose to listen to trash.

Can’t believe I waited all this time for whole lotta red to come out but it was really Carti who came out of the closet...... man!.

Whole lotta red is the absolute worst piece of music I’ve ever heard in my entire life and if you fuck with that shit then you a straight fuckin bozo.

Ight ive seen enough...enoughs enough!...im doing a thread of the best Leaks that BETTER be on the Deluxe of Whole Lotta Red or else we gon have problems 🤬🤬🤬 All the BEST LEAKS that should be on the WLR Deluxe Playboi Carti U BETTER BE PAYING ATTENTION 😡😡😡 * a thread *.

@cennnyy swear there was a song that was called whole lotta red that was leaked and was a banger. 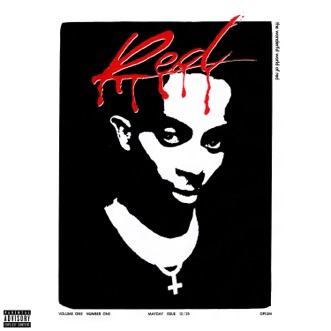