About There's Something About Ashley: Video Trilogy by Ashley Tisdale Album

Ashley Tisdale - There's Something About Ashley: Video Trilogy album info will be updated!

What do you think There's Something About Ashley: Video Trilogy album? Can you share your thoughts and listen experiences with other peoples?

I love her music

i love aero - all of the music videos

i like them, but i liked ashley tisdale more before she started to sing way differently. i like " it's alright ok" but her songs have really changed, so i give this a 8 out of 10

I've been a fan since The Suite Life of Zach and Cody! She's AMAZING. I luv her, she;s my idol!!

ashley tisdale ,I LOVE YOU !!!!! YOUR SONGS ARE AMAZING

MostMusicisGoodMusic - I think she is Great!

love it!!!!! SUPER JOB ASHLEY!!! you can dance sing and are beautiful!!! GREAT DEAL ON THE VIDEO PACK!!!! YUO WONT REGREAD IT

out all the albums this is my fav.

ok i dont really have anything to say but i just wanted to rate the album cuz its cool!8]

Her sound keeps getting better and better now that she is older. But she needs to dump disney to stay at the top of her game. Disney is good for beginers who want to make there mark in hollywood while they are teens. Well Ashley is not a teen any more it is time for her to move on! But this is a real good album she has come along way.

well u all know that she is just that teasy chessy hsm girl but she is not really gr8 job ash worth every penny..!!

I don't like Disney AT ALL anymore. All I like is 20th century Disney, rarely some 21st century Disney, and Disney Pixar. Ashley Tisdale is about the only Disney artist I actually like. On this album I'd recommend the following videos; He Said She Said Not Like That

Ashley is ttly amazing. she has such a great voice and is soooooo pretty. if u dont like her, ur stupid cuz she is da bomb. so luv u ash....ur actual #1 fan :p !

Ashley has a unique voice and style of music. It's different from any other Disney artist. He Said, She Said is scandalous and juicy. It's just fun and a great dance song. Not Like That isn't quite as fun and dancable as He Said, She Said, but still fun; the couch thing kind of reminds me of the couch scene in Avril Lavigne's The Best Damn Thing video. Suddenly is a good song about what it's like to be in the spotlight, but it seems like all the stars are doing that, and it's kind of irritating after awhile. The video is boring and her face, up close, reminds me of a friend of mine who wears too much makeup and looks gross (but from a distance she is pretty). I think, overall, Ashley should get more credit for her work and not be judged like a DC star.

i luv ALL of these songs and the videos..... i could just watch them over and over ecspecially he saids he said, thats my fave! :) she is so pretty and has an awzum voice and songs!!!!! i know yooh agree!!!!!!!

unsp0k3nxmistak3 - They finally bring this back!

I love ashley and she's meant to sing! So stop hating :D I can't wait for guilty pleasure :D

I thought that these videos were awesome! Ashley is such a good singer and dancer.

Ok...I"m not even going to bother watching these videos! I really dislike the songs anyway! If you are against immodesty, then you should hint that the videos aren't worth watching if the cover picture is Ashley wearing a shirt 3 sizes too small!!

Marre - yes there is somthing about ashely

somthing horribaly WRONG!!!!!!!!!!!!! i do have to admit shes cool on the suit life but singing is so not her thing

Ashley is soooooo gorgeous in these music video's and has a style of her own! You cant say she cant sing or she is soooo fake, because she has a great young britney spears voice and beat, also she is as real as stardom gets. I LUV U ASHLEY!

yea, one of ou guys commented and said that she is better than miley, shes WAAAYYY btter then miley, shes the best singer in the world. mileys not even good. miley is completley terrible, shes too average, but ashley has a genuine voice. alshey rox.

This is totally coool. I love all the music videos. This is a must have for every Ashley Tisdale fan.

i bought the DVD and i must say it is amazing. i'm glad they put this on i-tunes but the real DVD has all this behind the secens footage. but if you just want the Videos get this. she has really grown up!!

is the perfect word to describe her, from her nose to her ugly hair extensions right down to that personality of i want to be the center of attention. she can't sing for her life and she can't dance either. going from disney to this"singing career" (if you can call it that), she has taken a HUGE step down. at least on disney she had a career. point? a waste of your money and time :)

Cant you people hear her? Shes AWESOME......... And all you noobs that think she's OVERDOIN IT you are. No one wants to hear you wine.

I personally think Ashley has good music but what bothers me is... She can't seem to choose wether to be a good girl or a bad girl, I mean, look at Suddenly! She looks innocent and good. But look at He Said She Said! She looks like a bad sleezy girl. Say yes if u like Ashley but think she needs to pick a side.

dont know how she can be this awesome she a natrual!! Rock on ash

I really like Ashley Tisdale's voice, but I'm not a fan of all the sexual lyrics.

I give her a year till she's pregnant and bald !

What the heak is with this girl in one of her interviews she says she nothing like her character in her movie highschool musical (she even got a nose job) look closely in these three music video previews ( mostly not like that) if she isnt like that and doesn't want to be the center of attention she wouldn't have made this music video story. In the music video not like listen closely this is what her and her friend or sister. : Ashley holding her phone : Hey I meet this cute guy at the concert. Friend:what's his name. Ashley : I don't know .Ps her only concerts are with the other highschool musical people in . long story short : This album thing is crap-Hit List Critic

OMG I love Ashley! She has the best music! I would freak if I could meet her in person!

AMAZING! (One word is all I can say. Ashley is so talented!!!)

ru-poo - If I could meet Ashley Tisdale!

I would toattly faint! She is the best singer well one of them I have ever heard my friend Sophia loves her also!

ASHLEY IS AMAZINGLY TALENTED!!!! SHE CAN DO ANYTHING, ACT, SING, DANCE, ANYTHING!! I LOVE THESE SONGS AND THEIR VIDEOS!!! KEEP ON ROCKIN ASH!!!

i got this as a gift and its something i wouldnt trade back for money. it shows her 3 music videos n her real said i couldnt stop laughing at her natrual n like normal people she is not cuaght up in the fame life. well she must be doing something right r they wouldnt bother makin the dvd. HE SAIS SHE SAID ROKKKSSSSSSSSSSS

I absolutely love Ashley T...She's amazing at singing and acting and she is a beautiful woman who deserves all she has! Please support Ashley by buying this album, or any of her songs!

I LOVE THIS SONG, I HEART ASHLEY TISDALE, SHE IS AWSOME

I think dat Ashley is a great singer. Maybe Disney thought she wasn't ready for her own solo ablum so then she went the to Warner Bros. Records. Don't blame Ashley for being a Disney Girl who didn't go on Disney Records.

i LOVE suddenly! it is just... amazing

i once said that her only good songs were the covers of other songs she did. i was wrong. i accually like he said she said a lot, and i'm going to check out her other stuff. and no, i'm not a pre-teen girl who watchs disney channel 24/7. I accually prefer alternitive music in general, but i do like what i've heard of her. yup. i was wrong! :D

wow i was shocked that was even ashley tisdale! She's having fun at what she does and this is the best album she has ever done, its worth the money!!

I Love Ashley Tisdale She's Kinda Like My Role Model But Joe Jonas Is Well Yupperz There Both Cool They Mean Follow Your Dreams And Don't Let Nobody Stop You I Mean Ya I EnCourage My Self To Do Things That I Never Do and Yupperz I Can't Spell I Know Who Cares :DDD Well Yupperz Well Kinda Vanessa Hudgens x]]] Well Don't I Like Jonas Brotherz, Ashley Tisdale, And Vanessa Hudgens Love You Guys Rock x]]]]

I love Ashley Tisdale. She is the next Hilary Duff. She is my second favorite singer. Her songs are very produced but her songs have a good beat to them. I loved He Said, She said but I am tired of listening to it. I am now hooked onto Not Like that and Positivity! Lokk at her album and buy it. It is worth every single penny!!!!!!!

Ashley Tisdale is a good singer and she doesn't make us mad "ahem vanessa hudgens" so if you love awesome music videos you should buy these videos but if you a person who doesn't like musci videos be sure to check out her album Headstrong.

ashley is really good at singing and acting. i love her. buy some of her songs!

It is great! Stay what you are doing because you are good at it!

OMG!If you liked her album you will love the videos.She took the songs to a whole new level.Just buy it and you will see for yourself. 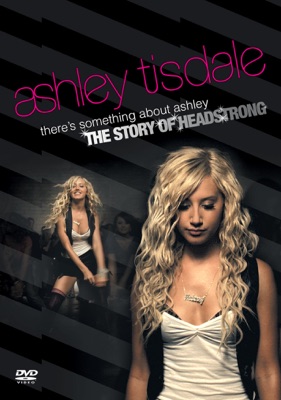 There's Something About Ashley... Album Credits