What do you think Country Strong (Original Motion Picture Soundtrack) album? Can you share your thoughts and listen experiences with other peoples?

Unable to play certain songs from album all of a sudden even though I it bought ages ago!! Not happy!

I love the guy but I never knew he could sing like this. No, it's not PROPER Country music but that doesn't stop it being great!

This sure isn't country music. It's the very worst that Nashville produces. Just some hideous country rock hybrid. It's so sad as there is so much good stuff out there. Trouble is - you have to make the effort to look.

The main song is only available if you buy the whole album.

I have Garrett Hedlund's "Chances Are" and Leighton Meester's "Words I Couldn't Say" as my iPod alarm! They're such fantastic songs--and I was surprised by how beautifully Garrett Hedlund could sing! I've loved him since he was in "Four Brothers," and can't wait for the film "Country Strong" to premiere in England! I've bought this album and the second "music from the motion picture" album, because I love the songs so much!

Wow I love Me & Tennesse! It was written by Chris Martin you know, what a genius :D

Great soundtrack and think Leighton Meesters track 'Words I Couldn't Say' is a hidden gem. the best song on the album! Great album, can not wait for the film! :)

Love this soundtrack! Gwyneth Paltrow's performance at the 44th annual CMA Awards was awesome ! Looking forward to the movie! 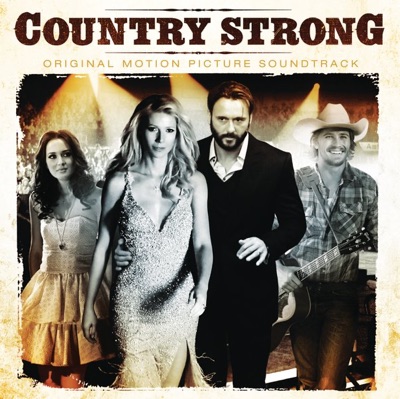