Madvillainy is the legendary collaboration between rapper MF DOOM and producer Madlib under the group name Madvillain. It is one of the most successful underground hip hop releases, and considered as one of the greatest pieces of music ever. MF DOOM and Madlib were off the radar to many in 2003, but the announcement of a collaboration and the first track, “America's Most Blunted”, brought all the quiet fans out of the woodwork, and let to a controversial and highly acclaimed album release in early 2004 that helped expose the two artists to a large audience for the first time. While the producer and MC both did what was completely natural to them, they turned the formula of popular rap at the time on its head, creating an album that is both unique and true to it's hip-hop influences.

What do you think Madvillainy album? Can you share your thoughts and listen experiences with other peoples?

SolidFan - Just one of many masterpieces

RIP DOOM THE GOAT While this album has fantastic production by Madlib, be sure to check out his work with other producers and acknowledge that most of his work he produced himself.

the keeg624 - The Magnificence of Daniel Dumile R.I.P 🕊

Mf doom is one of the greatest rappers of all time, utilizing his erratic rhymes and beautiful beats as soundscapes to the madvillan’s thoughts. Not to mention on this album Marlins work producing, but I’m talking about mf doom’s albums in general due to his passing. Rip

Best body of work from the VILLAIN!

onederbunz - Guess you have to die....

The favorite rapper of everyone’s favorite rappers. An inspiration to many. The reason some rappers even started their careers. You were an absolute genius, DOOM, and your legacy will surely live on.💕

RIP to a top 5 rapper of all time

One of the greatest album ever made

cali kushlungs - One of the best albums ever made

Truly a once in a lifetime talent. This album made a seismic impact on the next generation of MC’s. There will be nobody like DOOM ever again. REST IN POWER. 🐐

It might seem overrated to you but this album is truly great. I have tried to get into it and couldn’t. The first listen I didn’t care but the 2nd and after, I absolutely loved it. The production complement Dooms rapping and rhyme scheme. It truly is phenomenal and I won’t beg you to listen to it but to acknowledge it if you won’t. It up to you to decide to listen. By far one of my favorite albums ever.

Dtffsxvfxc - Best album ever across all genres

One of the illest. Bleeds mad talent, skill and passion. Add this to your library

I’ve been a big Hip-Hop head since I was a sophomore in High School. (I’m 23 now) And I’ve just been listening to the bigger Rap Artists of each year and enjoying what they put out. But when it came to the underground or Independent rappers I never really took them into consideration, until I checked out, Hopsin, Immortal Technique, R.A the Rugged man, etc. But I’ve always been told to check out MF Doom by multiple friends and also my favorite Rappers. I gave hmm.. food a listen and I was turned off by it because I just wasn’t use to it. So I didn’t go back to listening to him. Until years later a Youtuber by the name Shawn Cee reacted to this Album and I sat there reacting to his first reaction of Doom. And I instantly feel in Love with the Album. After the reaction I listened to the whole project over and over again. It blew my mind how amazing and how original it sounded. An instant classic for me. Right after it made me explore more MF Doom projects and now I am a fan. Thank you Shawn Cee. I really wish I knew about this sooner though!! 10/10 🔥🔥

I got to thank the boondocks for this one here

One of the best rap albums of all time

henryharris018 - My all-time favorite album of all time

I remember hearing about this from a YouTube channel called “theneedledrop” and I decided to check it out and at first I was kind of perplexed but a few months later I decided to check it out. And I’m glad I did, this is my number 1 favorite album. This album is a masterpiece, Madlib and Doom both truly outdid themselves. Not only does Madlib’s production stand out and dazzle but Doom spit straight fire on EVERY SINGLE TRACK EVER SINGLE SECOND HE RAPS. They both collectively kill it as a whole it is a true collaboration. All of the songs are amazing and every verse from Doom and the features are magnificent and Madlib’s production is weird, funny, unique, and beautiful. I implore everyone to check this album out

Nothing bad on here

bought the album and 3 songs are missing -.-

Only $10 for arguably one of the greatest hip-hop albums of all time. Can't go wrong with this purchase.

Tupacisgoat - One of The GOAT albums

DOOMs insane lyrical ability shines, and the way Madlib fits samples into his beats is genius. When one of the best producers ever works with one of the best mcs ever, you're bond to get something dope.

This album is just 🔥🔥

I've listened to many Hip Hop albums and I can easily say this is one of the greatest of its genre.

ok i see everyone praising illmatic but not this goat masterpiece. all of the beats compliment each other so nicely and the concept is CRAZY. and DOOM's lyricism is on another level. must buy for any music lover

Romanp51 - One of the Greatest albums ever

Honestly a sensational album, its hard not to listen to it from start to finish, just as with Illmatic - this is what it is to be an album, a journey through the heart of imagination via near psychedelic sound. To put it bluntly, this is some next level ascension s--- right here.

Love this album. This will obviously be known as one of the greatest underground sound rap albums ever recorded. The lyrics are sensational, instrumentals are satisfying beyond belief, and it sounds great with the bass turned all the way up in the car. 10/10 in my book!

This is a real hip hop album, and proof it's not dead it's just kickin it underground.

Very different than most. Would recommend

This is a timeless album and a swan song to hip hop in general. A creation like this may never happen again so do yourself a favor and check it out.

This is that fire 🔥🔥

freakyteaky2 - Only true Hip/Hop Lovers know of this album

This is the greatest hip/hop album of all time hands down. The only album that contends with this album is Illmatic. When you get the combination arguably of one of the greatest lyricists of all time and arguably one of the dopest producers, Madlib, of all time you can expect greatness. MF Dooms lyrics at first don't seem like much but when you actually listen and understand the meaning behind his lyrics you realize the genius that Doom is. And Madlib is out of this world with beats. He is another Jdilla. And that is a lot to say cause J-Dilla is the greatest producer of any music of all time. Get this album!

freakyteaky2 - Only true Hip/Hop Lovers know of this album

This is the greatest hip/hop album of all time hands down. The only album that contends with this album is Illmatic. When you get the combination arguably of one of the greatest lyricists of all time and arguably one of the dopest producers, Madlib, of all time you can expect greatness. MF Dooms lyrics at first don't seem like much but when you actually listen and understand the meaning behind his lyrics you realize the genius that Doom is. And Madlib is out of this world with beats. He is another Jdilla. And that is a lot to say cause J-Dilla is the greatest producer of any music of all time. Get this album!

An underground classic. MF DOOM delivers another great LP with the help of Madlib.

Thank you for the pure skill and artistry that you displayed in your time with us, you will be eternally remembered and loved.

Takes a lot to get used to but it shows the creavity put into this album, masterpiece. One of the best hip hop albums of all time.

This is the best album ever created. I wish there was a way to rate it 6 stars. I don't understand how people can listen to trash like Nickelback when there are superb albums such as this one.

The amazing collab of Madlib and MF DOOM has brought together a new sound to hip hop and and one of the greatest abstract albums ever made! Madlib's cartoony and edgy beats and MF DOOM's grindy flows and lyrics form an amazing and welcoming villain theme to all interested in hip hop. This album shouts that when you spell the man name, make sure it's in all caps!

Gnome Chinaski - The Greatest Hip-Hop Album of All Time

This is beyond "classic"! This is simply a masterpiece. There is no more to say.

lyrically one of the best rap albums of all time

This is true rapping at its best!

only 2 reviews for this MASTERPIECE? Well, do i even have to use a question mark? God people need to be enlightened to MF DOOM

@finnymcbites And he had two rapping features on Madvillainy.

Rick Ross’ verse on Devil In a New Dress

For those that don't want to pay inflated prices and don't already have a copy... .

'Madvillainy' changed the course of underground rap forever. We take a look at its seismic impact on the genre .

@shitpos39054591 Spell mans name in caps but anyway listen to the Madvillainy album. His best album with bangers and lyrical genius..

Doomsday for sure is better than mm food. it's almost better than madvillainy but them madlib beats are just in another stratosphere.

Madvillainy is the sole studio album by American hip hop duo Madvillain, comprising MC MF Doom and producer Madlib. It was released on March 23, 2004 on Stones Throw Records. The album was recorded between 2002 and 2004. Madlib created most of the instrumentals during a trip to Brazil in his hotel room using minimal amounts of equipment: a Boss SP-303 sampler, a turntable, and a tape deck. Fourteen months before the album was released, an unfinished demo version was stolen and leaked onto the internet. Frustrated, the duo stopped working on the album and returned to it only after they had released other solo projects. While Madvillainy achieved only moderate commercial success, it became one of the best-selling Stones Throw albums. It peaked at number 179 on the US Billboard 200, and attracted attention from media outlets not usually covering hip hop music, including The New Yorker. Madvillainy received widespread critical acclaim for Madlib's production and MF Doom's lyricism, and is regarded as Doom's magnum opus. It has ranked in various publications' lists of all-time greatest albums, including at 411 on NME's list of The 500 Greatest Albums of All Time and at 365 on Rolling Stone's 500 Greatest Albums of All Time. 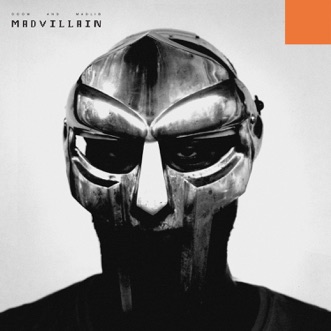