What do you think Betcha' Didn't Know (feat. Lil Durk) song? Can you share your thoughts and listen experiences with other peoples?

Download this full album. You will thank me later. Other than a winning $10 lottery ticket, your money cannot find a better place to call home than in Riff Raff's pocket.

👎🏾=a million and one thumbs down. Album is gar-bage...

He brought the dick heat

He's actually still not good but I vibe to his shid

Coryisawesome(: - really not that good

I wouldn't recommend it to anyone

It's funny because he's bad, that's it.

This album helped me find Jesus! Thank you riff for this blessing.

This record is a celebration of life itself, in all it's absurdity. Don't hate, celebrate! Anyone who opens their record with a freestyle and kicks the lyrics " My car speakin' Israeli" is allright with me

Never heard of this artist but previewed a few songs. Then contemplated as to why iTunes would promote such a worthless artist. This music makes me sad to think that people can just enter the music industry being that naive and vulgar and actually be liked by other people 😩

It's amazing how terrible music has become. It's also amazing how many bots rate these albums with 5 stars and the title, FIRE

This album made me postpone my suicide. 10/10

These *tunes* stink! No lyrics and the weakest beats. Who is this guy? Did any of these raters listen to the "Riff Raff" that’s available on iTunes? These peaches are simply soft!

I've been with RiFF RAFF since rap game Bon jovi and he's done nothing but go up! Got to say it's his best album yet. If you like partying you should plug in some @JODYHiGHROLLER

i wish you could give it 0 stars

This album changed my life in ways that words cannot describe. The PEACHPANTHER is real

it's not the music; it's the movement. SiZZURP!

The best in the game

Mercedes and Chris Paul are jams. 4 million isn't bad. The rest is very average to bad but gotta love RiFF.

Was listening to Only in America when my phone burst into flames and caught my whole house on fire. I love the music Jody but I'm mad you burned my house down

U can understand what he is saying compared to other rappers I believe he could have done better but that's what I think.

Cool album, material isn't everyone's taste, but I think it's funny and catchy. 🔥

The one and only JODYHiGHROLLER dropped another fire album, easily his best album to date. Bet he makes 16 million this year!

A lot of big features and every beat is sick. Solid album from Riff Raff!

Bill n mary - Can I get refund?

Wow thought would of been decent, this is straight garbage. My daughter even screamed at me when playing.

This should be called rotted peaches, cause this is TRASH!!

"High school I used to play sports then I got fat and lazy" What was riff thinking releasing this trash album???

it was great to hear Riff again

Is this what the forefathers of hip hop envisioned? I don't think so.

nut_blast - For what it is, it's pretty great

Riff Raff is a wacky, hype-ey southern rapper who blew up from some viral Youtube hits in the late 00s. He is certainly polarizing and occupies a niche in hip-hop. I happen to like him, especially his persona, though I'm not a huge fan of a lot of his music, especially his early stuff. Neon Icon was an interesting album because of the different sounds he tried to incorporate, and I thought overall it was a good debut. Here, he doesn't do much exploring, and instead buys fully into the trap rap persona that backed many of his bigger songs. I do have to say that production here is MUCH better than his early hits, and the features are solid though his own verses are good as well. He went full WWE/Burly Boy with his sound here, and it pays off. This stuff is good for the gym or before a party. If you don't take him too seriously but do listen to his lyrics, he will give you a laugh or a clever bar in nearly every verse. I like Riff because he brings something different to the table but it's hardly objectively bad. Cosigns from rappers like Gucci Mane certainly help as well.

excuse me while I kill myself

websyndicate - Where is Justin Bieber

I thought Justin Bieber would be on this album. Riff Raff said he was going to be on it so was drake. I'm a bit let down but I guess we will we see if they are singles. Still listen to give my fill review. Google Justin Bieber and Riff Raff and can see the YouTube video diplo dropped.

pure utter garbage!!!!! How does a label even begin to think this is music??? Riff Raff needs to be eliminated

This niggah got his style

BigBadRader - His best album yet

A lot of people discredit Riff and say he's trash but this album is truly great from the first song to the last one, defiantly worth the money and will be listening to this for awhile

Okay maybe not really but the album is all fire tho 💎🔥🔥🔥🔫

Ham sup lo - Better than I expected it to be

Step up from the last album. 🏀 swoosh 💨

Trying to explain to State Farm how a rap album burned down my house. 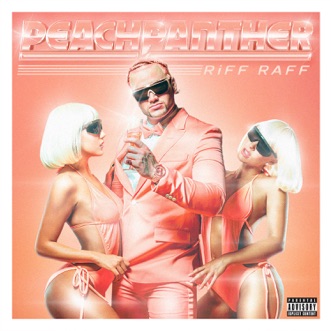