The kid back on the whiskey
Virginia Black got me tipsy
I'm in L.A. like I'm Nipsey
Spanish girls wanna kiss me
A nigga wanna come and diss me
And put a hex like a gypsy
They kill themselves, no wrist bleed
Got suicides on my SV

My nigga, who would've thought? (Huh?)

What do you think Curve (feat. The Weeknd) song? Can you share your thoughts and listen experiences with other peoples?

Got Bandz? - I love this man

I've been rockin' with Guwop since the beginning. People tried to faze him out of the hip-hop culture, but they soon realized that he's a huge contributer to the genre. Gucci has really grown up, lyrically! there was actually some positive messages on this album for kids growing up in the hood. I'll always be a Gucci Mane fan. Keep up the good work!

More slow, uninspired crap from the new generation of Hip Hop artists. I wonder if the lyrical geniuses of today have any idea what it means to flow? Where is the Rakim, or Q-tip or Kool Moe Dee of this generation? I have yet to be impressed.

I see him the intro set the mood quick!!!

Brynafreed - What up to Gucci!!

Jail made him a rap god

Great album! Tone It Down is my jam! But I didn't like I Get The Bag so this gets 4 stars.

Kdave84 - Best album ever made

Successful no doubt it

It's great, but he still look like an insect.

Realest I ever heard!!! - never disappoint me

How is this charted higher than Perception??

After only sampling the album and could hear the growth in subject matter. The quality of the sound is incredible. This album is well-designed artwork. Some use to say Gucci mixtapes sounded like they should have been albums. Looks like things changed🤷🏽‍♂️

This one better than the last one he dropped. They couldn’t make Gucci fall off. He’s not letting negativity get to him all them lame rumors making him stronger

Gucci Mane is back with more heat :)

This album slap from start to end! Knockin’ pictures off the wall. Straight up fire.

I bought the pre-order and now that this album is out , I gotta re-buy the songs . That's wack asf apple .

This gotta be his most mature album to date. YASSSSS!!!

Love the New Gucci way better than the one before jail👌🏼

How many times Gucci gonna make the same songs over and over all his albums the same.

This album is exactly what everyone should have expected. Gucci Mane can put out digestible hits, and he did with “I Get the Bag” and “Curve” featuring some huge names. Those two songs can carry this album only so far. I gave it two stars for those two songs, but after that the album is very forgettable. Gucci adds good features, but he can’t carry a whole track without it sounding repetitive. Overall Gucci hits it hard with the two singles, but as an album.... just not great.

This album is great 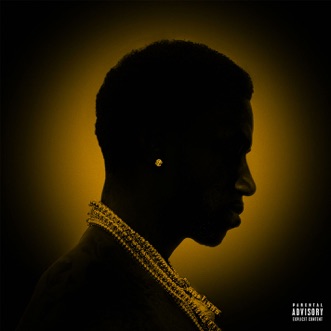 1.29USD
1
Download SongBuy Song
℗ 2017 Atlantic Recording Corporation for the United States and WEA International Inc. for the world outside of the United States. A Warner Music Group Company