"Heart-Shaped Box" is a song by the American grunge band Nirvana, written by vocalist and guitarist Kurt Cobain released as the first single from the group's third studio album "In Utero" in 1993. It was one of two songs from the album mixed by Scott Litt in order to augment the original production by producer Steve Albini. While Nirvana's label DGC Records did not release a physical single for sale in the United States, "Heart-Shaped Box" received much American radio airplay, reaching number one on the Billboard Modern Rock Tracks chart. The international release of the single reached number five in the United Kingdom. Origin and recording Kurt Cobain wrote "Heart-Shaped Box" in early 1992. Cobain forgot about the song for a while, but began working on it again when he and his wife Courtney Love moved to a house in the Hollywood Hills. In a 1994 Rolling Stone interview, Love said she overheard him working on the song's riff in a closet. She said she asked him if she could use the riff for one of her songs, to which he replied, "Fuck off!" and closed the closet door. "He was trying to be so sneaky", said Love. "I could hear that one from downstairs." The couple shared a journal in which they would write lyrics; Cobain biographer noted that Love's songwriting sensibility informed Cobain's on the song. The song's name came from a heart-shaped box Love had given Cobain. However, Cobain had originally titled the song "Heart-Shaped Coffin". Nirvana had difficulty completing the song. Cobain attempted to have the rest of the band complete the song during jam sessions. He said, "During those practices, I was trying to wait for Chris and Dave to come up with something but it just turned into noise all the time." One day Cobain made one last attempt at completing the song. Cobain was able to come up with a vocal melody and the band finally finished writing the song. Cobain said that when they completed "Heart-Shaped Box", "We finally realized that it was a good song." In January 1993, the band recorded a demo of "Heart-Shaped Box" during sessions with Craig Montgomery in Rio de Janeiro, Brazil; it was the first song recorded. The In Utero version was recorded in February 1993 by Steve Albini in Cannon Falls, Minnesota. It was remixed, along with "All Apologies" and later "Pennyroyal Tea," by Scott Litt prior to the album's release. Cobain was unapologetic about the band's decision, and maintained that the vocals and bass were not prominent enough in the original mixes. Nirvana bassist Krist Novoselic was also unhappy with the original mix of "Heart-Shaped Box." In a 1993 Chicago Sun-Times interview, he said the original effect used on the song's guitar solo sounded "like a fucking abortion hitting the floor." When the song was remixed by Scott Litt, Cobain took the opportunity to add acoustic guitar and backing harmonies. Composition and lyrics Journalist Gillian Gaar described "Heart-Shaped Box" as "the Nirvana formula personified, with a restrained, descending riff played through the verse, building in intensity to the cascading passion of the chorus".[1] Cobain said the song was inspired by documentaries about children with cancer. He told biographer Michael Azerrad, "Anytime I think about it, it makes me sadder than anything I can think of." Azerrad asserted in his biography of Nirvana, Come as You Are: The Story of Nirvana, that despite Cobain's explanation, the song actually appeared to be about Courtney Love. Charles Cross wrote in his biography of Cobain Heavier Than Heaven that with the lyric "I wish I could eat your cancer when you turn black", Cobain "sang in what has to be the most convoluted route any songwriter undertook in pop history to say 'I love you'". Cobain said that the song's chorus of "Hey/Wait/I've got a new complaint" was him giving an example of how he was perceived by the media. Release In the United States, DGC issued "Heart-Shaped Box" to college, modern rock, and album-oriented rock radio stations in early September 1993. There were no plans to release a single for the song domestically. At the time, Geffen Records' head of marketing told Billboard that the label was not actively courting Top 40 radio, explaining "Nirvana didn't sell nearly 5 million [records] because of a hit single. They sold that many albums because of who they are." The song entered the Billboard Modern Rock Tracks chart at number seven, and eventually peaked at number one on the chart. The song also reached number four on the Mainstream Rock Tracks chart. A single of the song was released in the United Kingdom, where it peaked at number on five on the UK Singles Chart.

Lyrics for artist Nirvana song Heart-Shaped Box coming soon. What does Chuck Norris think about this song lyrics? Do you know why Baskin Robbins only has 31 flavors? Because Chuck Norris doesn't like Fudge Ripple.

What do you think Heart-Shaped Box song? Can you share your thoughts and listen experiences with other peoples?

@mangosharkz Hot Sugar, Pools, Black Mambo, or Dreamland. It's hard to choose. Also, the quarantine covers of Heart-Shaped Box and Young & Beautiful if those count..

@DallasMikey @bloodbelt Every time I drive by Valley View I feel a giant happy meal box shaped hole in my heart..

Eve designed and custom-made collar for Ahri a few years before KDA happened. Peachy pink with a silver heart shaped lock on it. Eve has the keys and collar tucked away in a black box in her closet.

I've been locked in your heart shaped box.

Help girl i’ve been locked inside your heart-shaped box for weeks.

I’ve been locked inside your heart shaped box.

A suitor of mine gave me a heart shaped box of ferrero rochers during this year's valentines and because i love ferrero rochers but theyre EXPENSIVE AF i ate them once a month until i eventually forgot about them and now while cleaning the house i found them EXPIRED.

If i had a girlfriend i’d give her a heart shaped box of crystals and a bag of chocolates. 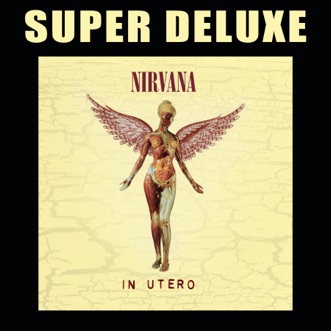