We go together
Better than birds of a feather, you and me
We change the weather, yeah
I'm feeling heat in December when you're 'round me

I've been dancing on top of cars and stumbling out of bars
I follow you through the dark, can't get enough
You're the medicine and the pain, the ..

What do you think Sucker song? Can you share your thoughts and listen experiences with other peoples?

I genuinely love every song on the album

Being a longtime fan I was super excited for this album and it does not disappoint! Has such a new pop vibe to it but also that classic Jonas sound we love 💕💕

This is a great album and all... just a little disappointed in some songs....😔😔😔

for me, they did an amazing job of embodying happiness. it's been such a long time since i've been so happy to listen to a whole album over and over again. all of the songs make me feel something, which is awesome because that usually doesn't happen. some of my personal favorites are "sucker" and "hesitate" "sucker" is a banger, and makes me feel so confident and in-charge. "hesitate" can bring me tears, and also make me feel so happy. joe did an amazing job with this song, i can really feel his love for sophie. i'm so happy he, and his brothers, have found love and happiness, and i can really feel it in this album.

So glad they are back!!

I love the song it’s so upbeat & my jam

I never really was much of a fan of the Jonas Brothers, I suppose because I wasn’t a 14 year old girl. However I happened to watch Chasing Happiness, the documentary that covers their rise to fame. It gave me a new appreciation for their talent. I also saw the episode of Songland where they were the featured group and I was even further impressed. This album is great. I liked just about every track. I’m happy for them. Congratulations to them for making such an impressive comeback!

hesitate is such a beautiful, calming song with a great storyline. this whole album is amazing. glad the Jonas Brothers are back. can’t wait to see what the future holds for them. 10/10!

Awesome music!! Really liked songs like Love Her and Strangers.

I only liked Used To Be and Only Human! Why is Sucker so overrated!! It’s awful!

This ringtone is awesome 😎

Never really listened to them when they were young but I love this album!!! I start dancing as soon as the songs come on the radio!

The songs are ok I guess, but I hate sucker.

Arsassin Ninja - Every song is a Hit for me!

Every song captured my heart so easily. I’m usually iffy about comeback albums, but this one is pure gold. It’s rare when I like every single song on the album and I honestly can’t wait for another one to come out, because know I can’t get enough of the Jonas Brothers, again!

So glad that they’re back together, but I really miss their old sound :( the guitar and the drums, just the whole idea of their “rock” sound. I really miss it and I hope they bring it bag in their future music!

I love this band harmony is still alive

this is a FANTASTIC album!! my favorite is only human (sucker is good too but it's kinda overplayed) but all of the other songs are pretty good!!

sunshinemox - Your best album ever!

i like roller coaster and cool. sucker is overplayed

idk ima nerd - Yes, go jonasbrothers! <3 Only human is a nice soothing voice when u sing! Keep it up!

JonasB'slove - I love the Jonas Brothers!

I’m so happy they made that new album.Its really good, especially Rollercoaster. Welcome back boys!!!! 😆😂👍❤️

My favorite album of the summer! My boys are back

The old Jonas Brothers were rock and this is about as pop as you can get. I am a tad disappointed as I was super into their old sound. It sounds so generic and way too pop.

I love this song! This is my second favorite song! I LOVE the Jonas Brothers! They are a great band, and have amazing voices! I love the beat and tune! I don’t regret buying it!

The boys were good by themselves, but there is something so special when they get together! Missed it. Love every song especially Rollercoaster!

Love every song but my favorite is hesitate!! Thank you for making your comeback

Every time I here it on the radio it makes my spirits lift at the up beat tune!

I. LOVE. THIS. ALBUM. There isn’t a single song that I don’t like.

Only human is a bop

Probably their best album. Especially liked the song rollercoaster it takes you back to your childhood

It’s meh. Nothing stuck out to me and it seemed pretty generic. I would pass on this one

the melodies of every song seem very rushed and pretty much every song sounds the same except their two singles. I especially dislike ‘cool’ which is childish, cringey, and much like every other song on this album, forgettable. this album very much resembles the phrase “recycled pop”.

#one jonas brothers fan - Do not buy

This is just soulless

Ever since the Jo-Bros announced their return, I have been eagerly waiting for this album. The hype kept building after hearing “Sucker” and “Cool”, both amazing pieces of music that are so hard to get out of your head after listening to. This album blew my expectations away and more. It perfectly balances Joe’s DNCE style with Nick’s solo stuff in a way that’s too incredible for me to even try to describe. There’s not a song I dislike on this album and I’m pretty sure ever since it’s release I’ve listened to it in full AT LEAST 30 times. I cannot wait for more & more!!! Bravo to the Jonas Brothers!!!

I was not a fan of their songs before but now that they have grown up and gotten married they are singing better written songs. The music is basically the same , I have always preferred pop music but the lyrics are more mature than before during Disney days. God jobs guys!

baptiste main 84 - Sucker for u

They evolve and continue to surprise. What depth and creativity. Love

This was such A great album glad they are back ❤️

lexi lex lover - This is such a good song!!!

I’m a fan of this album & their personalities make them so adorable and super lovable! I feel like we really know who they are now.

The album is OK. Some songs are decent while others are... so 2008 type. Songs like “cool” “strangers” “love her” and more on are songs type like the early 2000’s. It’s not poppy or upbeat with rhythm and IMO, I don’t really think Jones Brothers should have came together again, especially now since it’s been proven by other THEY DONT KNOW THESE DAYS MUSIC!!! Ugh.... anyway on a positive note: songs like sucker, hesitate were kind of decents but not good either so all in all the soundtrack is TRASH! I advice you if you want upbeat music that was MADE FOR 2019, don’t waste your money and buy this. It’s a waste and it’s not worth it. Hopefully you read this and release better music next time, I wasn’t satisfied and so were the millions of people who disliked it as well. Get some help with making new music please and thanks :)) 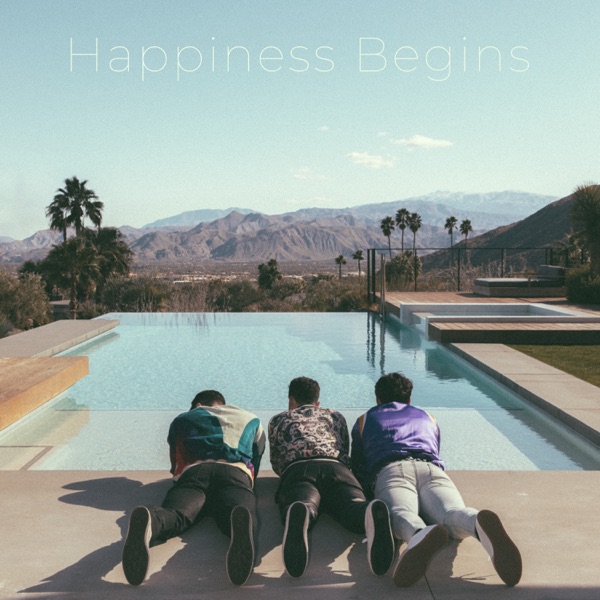